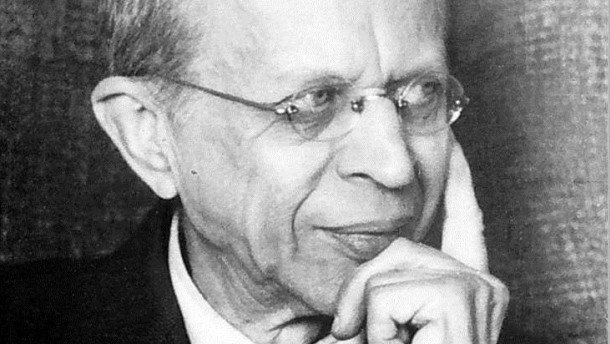 September 24, 2015 (LifeSiteNews) – Planned Parenthood is harvesting the brains of fully-formed aborted unborn babies – including one that apparently had a beating heart moments before his brain was removed – and justifying the practice in the name of “scientific research.”

As it turns out, there’s nothing new under the sun.

Meet Dr. Julius Hallervorden. He was a German physician and neuroscientist who served as head of the Neuropathology Department of the Kaiser Wilhelm Institute for Brain Research.

He was also a Nazi.

I spent quite a lot of time last Thursday reading about this charming fellow, while working on the script for this video. As part of my research I found myself on the archives of the Nuremberg Trials, hosted online by Harvard University.

What I’m about to tell you is incredibly shocking. But it actually happened. And, in my opinion, is happening again.

According to these faded type-written pages – which are based upon post-war interviews with Dr. Hallervorden – during the Nazis’ time in power the doctor learned that the regime was euthanizing psychiatric patients en masse via carbon dioxide in “killing centers.”

As Dr. Hallervorden put it: “I heard that they were going to do that, and so I went up to them and told them ‘Look here now boys, if you’re going to kill all these people, at least take the brains out so that the material could be utilized.'”

And that’s what happened. Dr. Hallervorden gave the killers instructions on how to harvest the brains of these euthanized patients, and ultimately he received shipments of some 500 of them.

Though he said he sometimes felt “slightly nauseated” when he received the brains, he justified it all in the name of science.

“There was wonderful material among those brains, beautiful defectives, malformations and early infantile diseases,” he said. “I accepted those brains, of course. Where they came from and how they came to me were really none of my business.”

Dr. Hallervorden also explained how the Nazis chose which psychiatric patients were to be euthanized. It was, according to the doctor, an “excessively simple and quick method.” Namely, nurses in the psychiatrist institutions would chose whichever patients they found hard to manage, didn’t like, or were too busy to take care of, and ship them off to the killing center.

“The worst thing about this business was that it produced a certain brutalization of the nursing personnel,' he said. “They got to simply picking out those whom they did not like, and the doctors had so many patients that they did not even know them, and put their names on the list.”

It’s not considered good online etiquette to compare your opponents to Nazis – so much so that a variation of the so-called “Godwin’s law” states that the first person to bring up the Nazis in an online debate loses the argument.

I’m willing to run that risk. Because other than the age of the victims, I see little difference between what Planned Parenthood is doing and what Dr. Hallervorden did.

After reading all of the above, who can watch that video footage of a former lab tech who worked in a Planned Parenthood facility describing how she was ordered to harvest the brain tissue of that aborted baby with a still-beating heart, without immediately thinking of Dr. Hallervorden's macabre “research”?

Or who can watch the graphic footage of Planned Parenthood lab technicians sifting through the dismembered arms and legs of a baby identified moments earlier as a 20-week aborted twin, and discussing pricing for “specimens,” without intuitively recognizing a terrible evil, on par with the worst evils of the 20th century eugenics movement?

Or who can listen to the New York Times quoted approvingly on Planned Parenthood’s Facebook page that fetal tissue is a “precious resource” that ought to be “utilized” without hearing echoes of Dr. Hallervorden’s statements that those brains he received contained “wonderful material”?

Or who can listen to the head of StemExpress talking about how lab techs might “freak out” when they receive shipments of “fully intact” fetuses, without thinking of Dr. Hallervorden’s admission that even he sometimes felt nauseous in the face of what he was involved in?

Finally, who can hear Dr. Hallervorden's account of how the nurses would simply exterminate the patients they found troublesome, without thinking of the millions of unborn babies exterminated simply because they were deemed “inconvenient” to their parents? Indeed, if systemic euthanasia brought about a “brualization” of the Nazi nursing staff, how much more so has legal abortion brought about the “brutalization” of our entire culture?

It’s time to defund Planned Parenthood and shut them down for good.