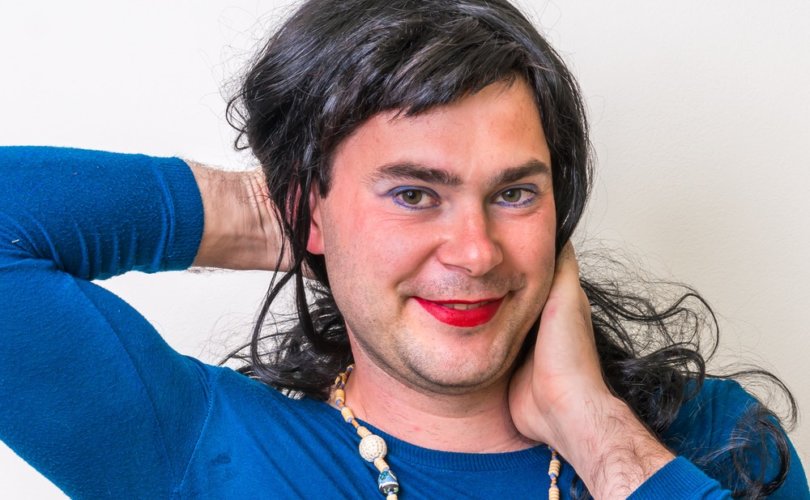 November 15, 2018 (LifeSiteNews) – If you have been wondering just how far the media will go in accepting the ludicrous premises of the transgender movement, consider this recent headline from Canada’s largest newspaper, the Toronto Star: “Transgender woman gets 18-month sentence for sexually assaulting daughter.”

You could be forgiven for initially thinking, upon reading this headline, that this is one of those rare, horrible cases where the mother rather than a male relative was the sexual predator. In fact, the first sentence of the news article seems to confirm that misconception, as the Star obediently refers to the person in question as a female: “A Quebec City transgender parent who sexually assaulted her young daughter will be serving a sentence in a woman’s jail after undergoing a sex change between the time of the crime and the conviction.”

The devil, as is often the case, is in the details—if that strange fact seemed somewhat confusing, everything is cleared up in the following lines: “The 33-year-old—the victim’s biological father—had pleaded guilty to crimes that took place in 2013 when the girl was just three. The accused was separated from the girl’s mother at the time, and in the months following the assaults, she underwent a sex change.” Well, he actually underwent a sex change in order to become a she. But these things can be confusing.

Of course, now that he has become a she, this sexual predator can now be sent off to a prison for ladies, which has the dual benefit of being full of women (which this “biological father” is not, despite any drugs and nips and tucks acquired between sexually assaulting a little girl and being sentenced) and not being full of men, who have a reputation for treating sexual predators that get locked in with them very, very badly.

Not that sexual predators get locked up for very long in Canada, anyway. The Crown was only asking for between 18 months and two years in jail for sexually assaulting a three-year-old, which the judge granted (along with probation, mandatory therapy, and a twenty-year stint on the sex offender list.) But the jail sentence, meanwhile, will get spent in a women’s prison.

Just a couple of years ago, critics of trans ideology were pointing out that this sort of thing was inevitable: If society was forced to accept that people were whatever gender they claimed to be and biological reality was irrelevant to their assertions, then men would start to demand to go to female prisons (as just one example.) And this has become an increasingly common phenomenon.

One rapist who got himself sent to a women’s prison in the UK under the moniker “Karen White” promptly assaulted several female prisoners. The same thing happened at a West Yorkshire women’s prison, where a man with a fully functioning penis (but claiming to be a woman) got himself locked in with the ladies and sexually assaulted four women, with the first attack happening within days of his incarceration.

The same thing is happening in Scotland, where prisoners are (unsurprisingly) claiming to be transgender in order to get cushier prison sentences. One fellow (a murderer) had to be moved back out of the women’s prison after he kept on having sex with female inmates. Authorities did not explain why this was such a problem, considering the fact that they are required by their politically correct overlords to believe that women can have penises, and as such these must be considered lesbian relationships.

I could go on. These stories, as I mentioned, have become common now—there are even pedophiles claiming to be women in order to more effectively victimize people. Most people recognize that this is insane, but because they have accepted (or been forced to accept) the premises of the gender fluid ideology, they have nothing to say that will not result in an immediate lynching for the crime of “transphobia,” which these days is a worse crime than locking up a rapist with a bunch of women.