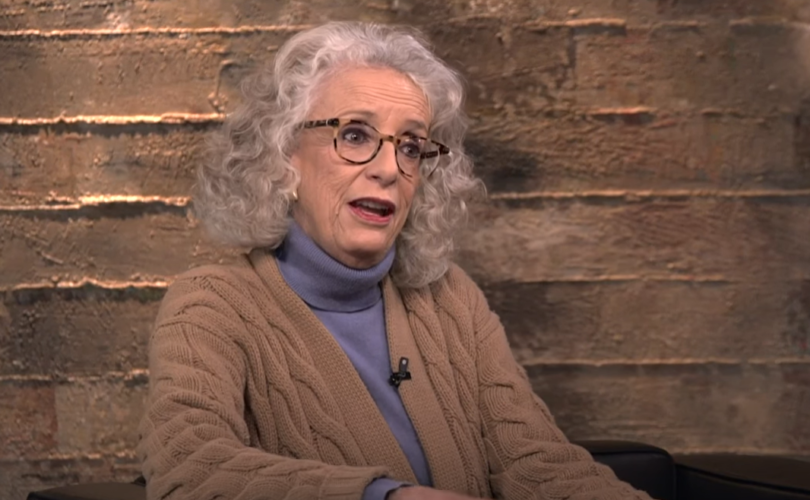 (LifeSiteNews) — Back in June, I wrote a column for LifeSiteNews on how activists use lies to push for the legalization of abortion. At the time, a doctor in El Salvador was responding to claims by activists that women were being jailed for abortions and investigated for miscarriages.

However, the examples that abortion activists were using to back these claims were, in fact, instances where forensic evidence had established that “full term babies were strangled, stabbed, struck with a rock, had their necks broken, suffocated in septic tanks or inside plastic bags.”

READ: Leftists and their media allies continue to shamelessly lie about late-term abortion

In short, these activists were peddling overt deceits to a sympathetic press in order to push for the elimination of pro-life laws.

Another example of this has just surfaced, with Catholic News Agency reporting that abortion activist Marta Lamas, a founder of the Group for Information on Elective Reproduction (GIRE) and an instructor at the National Autonomous University of Mexico, recently confessed in a panel discussion at the Metropolitan Autonomous University that she and her fellow activists had lied about key facts in their push for legalization in Mexico.

The discussion — from October 25, 2016 — was titled “Conversation on the Feminist Movement,” and has gone “viral” after being posted to Instagram by Steps for Life.

“At that time, I remember, we women said ‘100,000 women die from clandestine abortions,’” Lamas related. “It turns out that 100,000 people died in the whole country, men and women from all diseases. We inflated the figures. It was a very complicated process, where we learned many things.”

Lamas also stated that the blandly-named GIRE was the tool of abortion activists to pursue a “radical objective” — the decriminalization of abortion.

GIRE, which has existed for three decades, is considered one of the most influential abortion groups in the country, receiving hundreds of thousands of dollars in the past from groups like the MacArthur Foundation — and CNA reports that they had an enormous impact on the debate in Mexico:

Through the efforts of feminist organizations such as GIRE, under the administration of the then head of the Government of the Federal District (now constituted as the Government of Mexico City), Marcelo Ebrard, abortion-on-demand was decriminalized for up to 12 weeks of pregnancy in the country’s capital.

Under the administration of the current president of Mexico, Andrés Manuel López Obrador, and with the backing of his political party, Morena, eight other states have passed laws decriminalizing abortion similar to Mexico City’s.

Ebrard is currently López Obrador’s secretary of foreign relations and one of the possible candidates to succeed him in the 2024 presidential elections.

Other Western groups such as the William & Flora Hewlett Foundation has given GIRE up to 36 million pesos since 2000.

As pro-life activist Frida Espinosa of Youth and Life told ACI Prensa, groups like GIRE, which purport to be objective “information” groups, “used death from clandestine abortion as an argument, providing hundreds of figures that can’t be verified anywhere. Even so, the media and feminist groups don’t question them. The truth behind this data is manipulation and deception. And although it’s something we already knew, Marta Lamas, an activist who has spent years trying to legalize the murder of human beings, accepts it.”

Now we know, from the mouth of Lamas herself, that these numbers were fundamentally false.

READ: This is precisely how an abortion is performed: I dare you to read it, then tell me you’re ‘pro-choice’

We’re seeing the same thing play out not only across Latin and South America, but in the United States, where Roe v. Wade was decided in part due to wildly inflated numbers (invented by abortion activists) of back-alley abortion deaths, and where in a post-Roe world, activists are daily lying to their accomplices in the press about everything from miscarriage treatment to medical intervention in the case of ectopic pregnancy.

The work of the pro-life movement in dispelling these lies has never been more pressing.