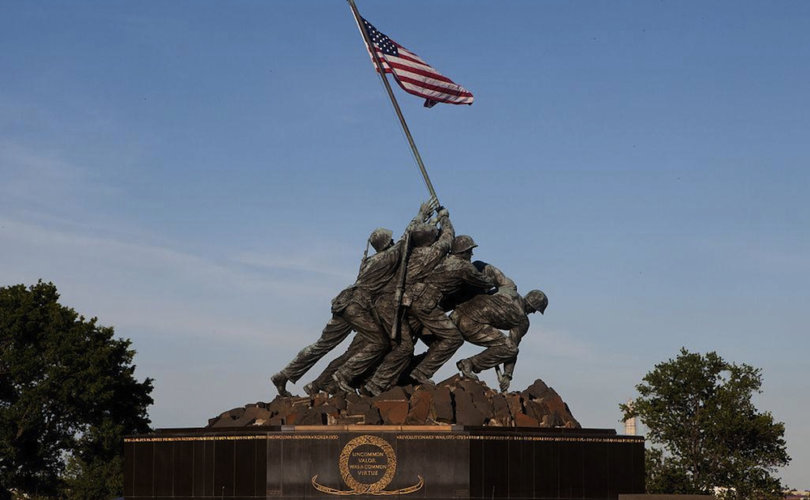 WASHINGTON, D.C., January 4, 2018 (LifeSiteNews) – In an underreported and startling turn of events, the power of the Commander-in-chief — the President of the United States – is quietly being eroded, ceded to unelected members of the judiciary.

In August, President Trump issued a directive to halt the recruitment of transgender individuals by the U.S. military. The President’s orders have been met with stiff opposition within and outside the government bureaucracy. Individuals and groups have filed lawsuits in federal courts aiming to overturn Trump’s suspension of Obama-era guidelines welcoming transgenders into the military. In each case, judges have ruled against the administration’s effort to temporarily keep gender-dysphoric individuals from the ranks of the military.

Six national security leaders have written to President Trump, advising him to take a strong stand against judicial usurpation of his powers as Commander-in-chief granted by the U.S. Constitution, Article III. They urged him to seek a stay of the lower court rulings from the Supreme Court and, in the absence of such a stay, to issue a new directive to the Pentagon and Department of Homeland Security, according to a statement published by the Center for Security Policy.

“At issue is whether the President of the United States will continue to be responsible for the composition, readiness and disposition of the U.S. military, or whether federal judges will be allowed to have the final say on such matters,” say the national security experts.

“If Donald Trump accedes to the precedent that judges – not the Commander-in-Chief – can determine who will serve in the U.S. armed forces, they will presumably in the future also assert the right to dictate what those they allow in will do, or not do, while in uniform,” they warn. “For example, injunctions might be issued if troops don’t want to go to war or otherwise be put in harm’s way. This is, of course, a formula for completely breaking the only military we have.”

The six proposed to President Trump the issuance of a new directive that “would make the court-ordered recruitment of self-described transgender individuals subject to a ‘conditional accession’ in light of the ongoing dispute over whether they can be enlisted at all.” This would give the Departments of Defense and Justice time to settle the as yet unresolved court cases now slowly making their way through various federal courts.

“President Trump has a responsibility to our armed forces and to the nation to protect the powers vested in him as Commander-in-Chief,” said Frank Gaffney, president of the Center for Security Policy. “Just as ‘hard cases make bad law,’ the decision to do so in the context of the transgenders in the military issue may obscure what is fundamentally at stake. But it is his sworn duty to ‘preserve, protect and defend the Constitution.’”

The President “must use whatever tools are available to him to prevent federal judges from countermanding his direct orders to those below him in the chain of command,” Gaffney continued, “including by seeking a Supreme Court stay with respect to this instance of reckless judicial overreach and, failing that, by requiring that any transgender individuals enlisted until the matter is resolved be given a conditional accession.”

Judges are now the commanders-in-chief of the U.S. military

In an interview conducted on SiriusXM’s Breitbart News Tonight, Gaffney explained:  “The idea was, the president said, we’re not going to bring in more people who have a psychological disorder that is clinically known as gender dysphoria, and it is a problem that can create erratic behavior, I’m told. It is a problem that, at the very minimum, requires lots of medical treatment; that treatment can make people unable to do things like deploy for months and months and months on end, to say nothing of the costs that the Pentagon will have to cover for these medical procedures.”

“So, for all these reasons, the president was right to say we’re not going to do that,” averred Gaffney. “And yet several federal district court judges and two appellate court panels have decided that actually judges are now the commanders-in-chief of the United States military and they can tell the president to get stuffed on things they don’t agree with.”

President Trump was “elected on a platform of ending political correctness in the military, and of rebuilding the military,” concluded Gaffney. “The president has a duty, in my view, to resist these kinds of activities.”

Who Gets to Decide?

“Under Article III of the U.S. Constitution, the federal courts have no authority to make policy regarding the military,” said Elaine Donnelly, president of the Center for Military Readiness. “The Department of Justice (DoJ) should have protected the constitutional rights of President Donald J. Trump by filing an emergency appeal with the Supreme Court immediately after the District of Columbia and Fourth Circuit Courts of Appeals denied requests for stays of lower court preliminary injunctions.”

“The issue is not the military transgender policy alone, but who gets to decide what the policy will be,” underscored Donnelly. “By failing to petition the Supreme Court to stay the lower court orders, the DoJ has tacitly conceded that federal judges can make military policy and establish medical standards for enlistments.”

Donnelly concluded her statement: “The most important question is:  How does any of this improve mission readiness and combat lethality?”