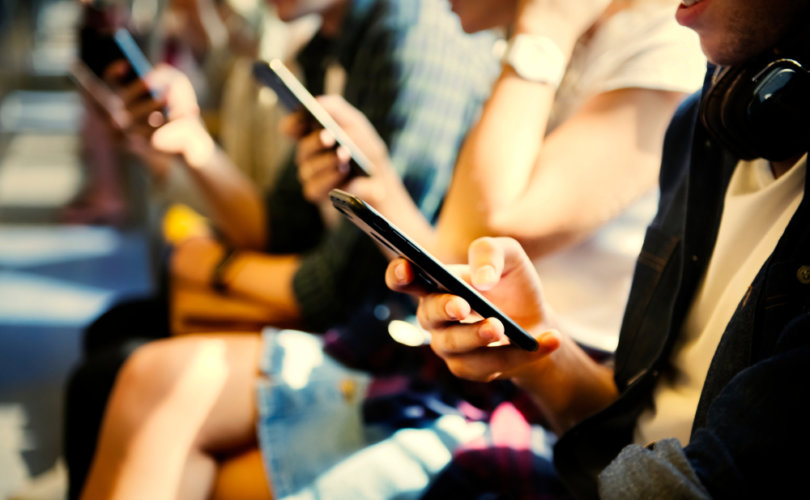 A full 43% of Americans think that the system is only working for the rich and powerful, and when asked if “feelings of anger” describe them “very well” since 2015, the answer was a resounding yes: 48% of women under 50, 46% of African Americans, and 49% of Hispanics.

And the pessimism runs deep and wide: 68% of adults under 35, 64% of seniors, 71% of poor and working-class people, 67% of whites, 73% of blacks, 64% of Hispanics, and 64% of wealthy people all say they have no confidence that the upcoming generation will be better off than they are.

If you want to know how one of the world’s freest republics votes in socialist demagogues promising a do-over on the American Revolution, those numbers are a very good start. Americans are not less angry than they were in 2016, when they stunned the world by electing Donald J. Trump to the White House. In many cases, they are angrier—and this is despite the fact that many of them are financially better off than they were three years ago. Trump’s persistent attack-dog presidency and riling of his base are certainly a factor in all of this, but the sheer level of uncertainty in nearly every American group is jarring to consider. Widespread fear and anger yield consequences. We saw that in 2016, and we will see it again.

There are other very worrying signs, as well. Twenty years ago, 70% of Americans said that “patriotism” was very important. That number has now slid to 61%. Those who cite religion has important has slumped even further, going from 62% in 1998 to below half—48%–now. That trend is continuing, and it signals that a post-Christian America is now well on its way. The young are rejecting God, and they are rejecting the patriotism that animated past generations. Not only do they not share the values of their parents and grandparents, in many cases, they actively hold those values in contempt.

Among the infamous Millennials and Generation Z (those between the ages of 18 and 28), those who believe patriotism ranks as a “very important value” plummets even further, down to a mere 42%. On the other hand, 79% of their counterparts over the age of 55 say that patriotism is a “very important value,” highlighting a stark generational divide. Of those over 55, 67% say that belief in God or religion is “very important,” and a startlingly low 30% of Millennials and Generation Z do. The same goes for children: A surprisingly low 54% of those over 55 say having children is “very important,” but a rock-bottom 32% of those under 38 agree.

To spell it out clearly: The upcoming generations of American youth are dismissive of patriotism, largely atheist and irreligious, and 68% of them do not think it is important to have children. As Bill McInturff of Public Opinion Strategies bluntly put it: “There is an emerging America where issues like children, religion, and patriotism are far less important. And in America, it’s the emerging generation that calls the shots about where the country’s headed.” That’s a pretty terrifying thought to consider, especially when you consider that atheists are now the largest “religious group” in the United States, and the majority of her citizens are utterly disconnected from the values and aspirations of her founding.

There are many conservatives who giddily believe that Trump’s election signaled that all might not be lost. The founders of National Conservatism, an array of whip-smart right-wing thinkers who convened in Washington, DC this summer, for example, are working hard to hammer out a new American nationalism that can unite a divided nation. If these numbers are any indication, however, this movement may be just in time to be too late. Patriotism is out, God is out, and children are out—and without them, American nationalism noisily collapses.

This is a sobering reality that we should be preparing for. The 2016 election was only the beginning of the turbulence that we will see in the years ahead, as a nation where the younger and the older are fundamentally at odds with each other in the way they view the world face off. The Trump election certainly gave American Christians a reprieve, and the judicial firewall his Administration has thrown up around religious liberty and pro-life gains are not only valuable, but will be utterly essential in the years ahead. But the numbers tell us a sobering story: The Trump election was a reprieve, not a change in course. Once Trump leaves office, the progressives will be back with a vengeance—and they will have the angry, bitter youth of America marching at their backs.

Jonathon’s new podcast, The Van Maren Show, is dedicated to telling the stories of the pro-life and pro-family movement. In his latest episode, he interviews Mark Harrington, the leader of Created Equal. Harrington spent over a decade working full-time to save babies in the final days of the Operation Rescue Movement and continuing with the Genocide Awareness Project with the Center for Bio-Ethical Reform. That is to say, he’s been involved in varying degrees of the boots-on-the-ground pro-life movement. You can subscribe here and listen to the episode below: