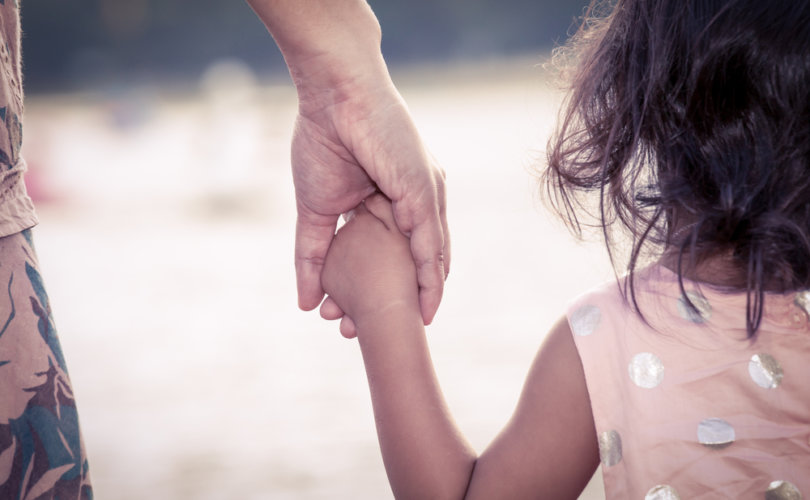 January 10, 2019 (LifeSiteNews) – The most typical response of LGBT activists to Christian concerns about the redefinition of everything—first marriage, now the biological realities of gender—is that people should mind their own business, because none of this has any impact on them.

If only that were true.

Consider the story of “Lisa” (her name was changed by the Daily Mail to protect her privacy), a 45-year-old mother in the United Kingdom. Late last year, Lisa discovered that her 14-year-old daughter was being treated as transgender by the school she attended. After being bullied, her daughter apparently began identifying as a boy, her teachers began to treat her like a boy, and at her first hour-long appointment with the National Health Service, a psychotherapist told the teen that she could begin hormone treatments as soon as she turned sixteen.

The teenage girl’s parents were not informed that their daughter was being referred to by a male name at school or that she was being referred to by male pronouns. When Lisa discovered this, she was understandably horrified, especially as she was convinced that it was the bullying that her daughter experienced at school that triggered the change, rather than genuine gender dysphoria. She went looking for another therapist, and stopped her daughter’s visits to the NHS clinic (where the therapist had advised cross-sex hormones within an hour on her first visit.)

In response, the school told her that finding another therapist was equivalent to “conversion therapy,” a bizarre claim considering the fact that Lisa wanted a therapist to help her daughter become comfortable in her own body instead of converting. Several days after that, Lisa received what she described as a “terrifying” email from Child and Adult Services informing her that her teenage daughter was deemed to be at risk—from her own mother.

“I was reduced to tears because we were being treated like criminals when we were trying to protect our own daughter,” Lisa told the Daily Mail. It was social media sites, she said, that were selling her daughter “the lie that there are young people born in the wrong body.” And indeed, Lisa is correct: Some experts have noted that transgenderism in young people is taking the form of a social phenomenon, as being “trans” is becoming the “cool” thing to do, and schools and medical professionals fall all over themselves to immediately affirm any thoughts of gender transition.

Lisa contacted a social worker, and explained her concerns with the fact that her daughter had been told she could soon be on hormones within the very first visit, and that her daughter’s belief that she might be male actually stemmed from bullying. After several email exchanges, social services closed their case, and the school went back to calling the girl by her real name. Despite that, Lisa was understandably outraged. “I’m furious at the way we’ve been treated,” she said. “No family should be put through this hell.”

This story should be incredibly concerning to anyone who recognizes today’s new gender ideologies for the dangerous junk science that they are. Language is being twisted and contorted beyond recognition: Therapy to help people feel at peace with their own bodies is now “conversion therapy,” when “conversion” is precisely the opposite of what is being attempted. Mothers fighting for their children are a “risk,” when it is those labeling the parents a risk who are actually threatening the wellbeing of the children. For parents to discover that they are in the crosshairs of the LGBT activists when their children are at stake must induce a horrifying, palm-sweating panic.

This is precisely why it is so essential that we push back against the introduction of gender ideology into schools. This agenda is not harmless. It is dangerous. These ideologies teach children that they may be born in the wrong body, and that anyone who tells them that mastectomies or castrations or hormone drugs are not the answer are evil transphobes who pose a risk, while those suggesting surgery and drugs on healthy bodies are heroes. As we saw with the example of Lisa and her daughter, parents who simply want their children to be happy and healthy will be demonized—and other stories will not have the same pleasant ending.