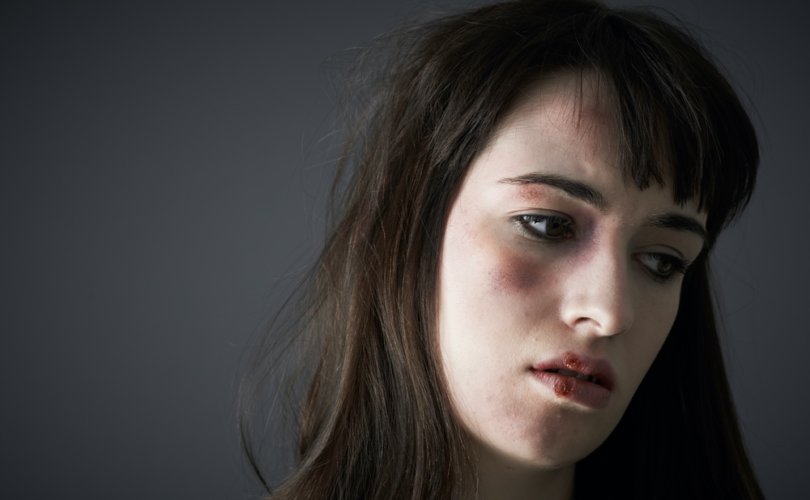 Indeed, American statistics covered by The Atlantic recently revealed that nearly a quarter of American women feel fear during intimacy as a result of seemingly spontaneous porn-inspired violence, a trend that has attracted increasing attention over the past several years. In response to my column, the alleged comedian Billy Procida (who also hosts the “Manwhore podcast”) angrily tweeted at me that women were “ASKING to be choked,” that “choking is not unhealthy,” and that “you shouldn’t choke someone without learning to do it properly,” a sentence that is six words too long. He didn’t care for my response that this was the sort of thing guys who watched too much porn say.

The survey, which solicited answers from 2,002 women between the ages of 18 and 39, revealed that “just under two-thirds of women had either experience[d] it and said it was never unwanted (31 percent) or they had not experience[d it], didn’t know, or preferred not to say (31 percent).”

A full 20% “said they had been left upset or frightened by the interaction.” Further, campaigners are stating precisely what I’ve been noting for several years: that the research, “which was commissioned in the wake of the Grace Millane trial where the defendant used a defence of ‘rough sex’ but was found guilty of murdering the backpacker–shows how violence during consensual sex is becoming increasingly normalised.”

In fact, McKenzie says, women who do not want sexual violence to be a part of their relationships are often mocked by those who now say that this behavior is socially normal. “Women tell us they’ve been shamed for being ‘vanilla’ or not wanting this violence,” she noted, “and speaking out against this is kinkshaming.” In today’s culture of total sexual liberation, women and girls are being made to feel ashamed and prudish if they do not wish to be abused by their male partners. This is what the Sexual Revolution and the viral porn plague have done to our culture.

In response to this disturbing research, I’m sure we’ll get more faux concern from folks like Billy Procida, who believe that the response to all of this is to teach people how do choke girls properly. I think this new information should rock us back like a slap in the face: Women are being shamed because they do not want to be physically abused during intimacy (which leads to some of them “asking for it”). Women are reporting that they are subjected to sexual violence regularly. And the upcoming generations are being weaned on the very poison that mainstreamed this behavior.

This is a cultural crisis. We’ve sown the wind. We are reaping the whirlwind. To stand by silently is to risk sacrificing our own children to the Sexual Revolution, as well.

Jonathon’s new podcast, The Van Maren Show, is dedicated to telling the stories of the pro-life and pro-family movement. In his latest episode, he interviews David Bereit, the co-founder of 40 Days for Life. 40 Days for Life is an international campaign that aims to end abortion through local prayer and fasting, community outreach, and a peaceful all-day vigil in front of abortion businesses. Van Maren speaks with Bereit about how he turned a protest outside of a single clinic into a worldwide movement and the role prayer played and plays in the movement.