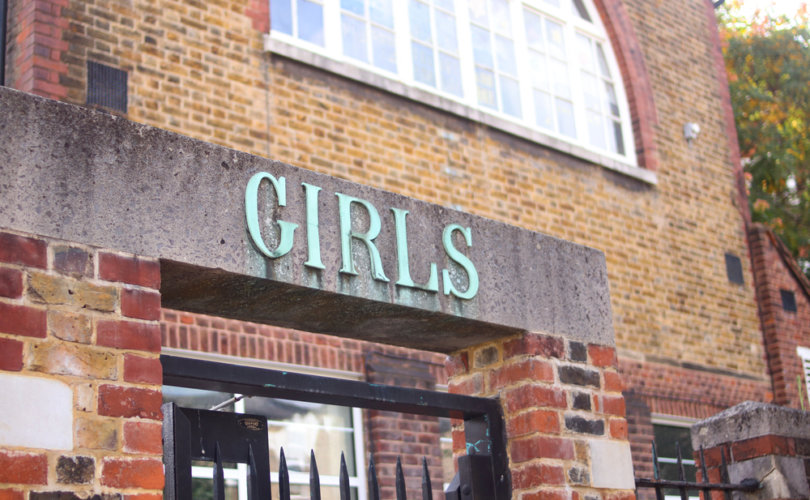 (LifeSiteNews) — In one of my last LSN columns before Christmas, I noted that there finally appears to be some hope on the horizon in the gender wars. Ordinary people are standing up for common sense and biological reality — and winning. This is incredibly good news that grants a few glimmers of optimism in an otherwise very dark time.

Each new person speaking out and each new victory — no matter how small — gives other people and institutions the courage to stand up, too. That is what makes the news that the Girls’ Day School Trust (GDST) in England is taking a stand against the transgender movement so encouraging. The GDST has 25 member schools, all private institutions for girls. In an updated gender identity policy guidance released last month, the GDST stated that they will not admit boys who identify as girls in order to not “jeopardize” their status as girls schools.

The policy guidance document notes that GDST schools operate as single-sex institutions in accordance with the Equality Act 2010, and says, “an admissions policy based on gender identity rather than the legal sex as recorded on a student’s birth certificate” would “jeopardize” their current status of ‘girls only’ schools.

“For this reason, GDST schools do not accept applications from students who are legally male,” the guidance reads.

Applications from students who are legally female but who “identify as trans or non-binary” will be assessed on a case-by-case basis. As for trans students already attending the schools, they “will be supported to remain at the school post transition as long as they wish to do so.”

GDST’s decision comes as the Association of School and College Leaders (ASCL) called on the UK government to give guidance to schools as they face an explosion of girls identifying as boys and vice versa. There is currently no national policy on how to deal with these situations, and the issue of transition for minors is currently working its way through the legal system.

The ASCL’s Julie McCulloch told The Telegraph that transgender activists and other interest groups are urging entirely different responses, and that schools are struggling with how to respond. “It is a really big issue and the lack of formal guidance for schools is something that we are concerned about,” she said. When a student “comes out” as transgender, there are immediately a large number of issues to deal with, from which name and pronouns to use, how to talk to parents or guardians, and which locker rooms or bathrooms the student can use.

In light of this, GDST’s decision — despite its careful caveats — to bar boys identifying as girls from their girls-only schools is an essential one. At Unherd, Debbie Hayton called it “a win for common sense” — although The Times’  headline tilted toward the trans movement’s view of the situation, noting that “trans pupils are turned down by girls’ schools as threat to status.”

It should not take courage to deny boys calling themselves girls admission to institutions founded to serve only girls, but in our insane age, it does. I hope others will follow suit.