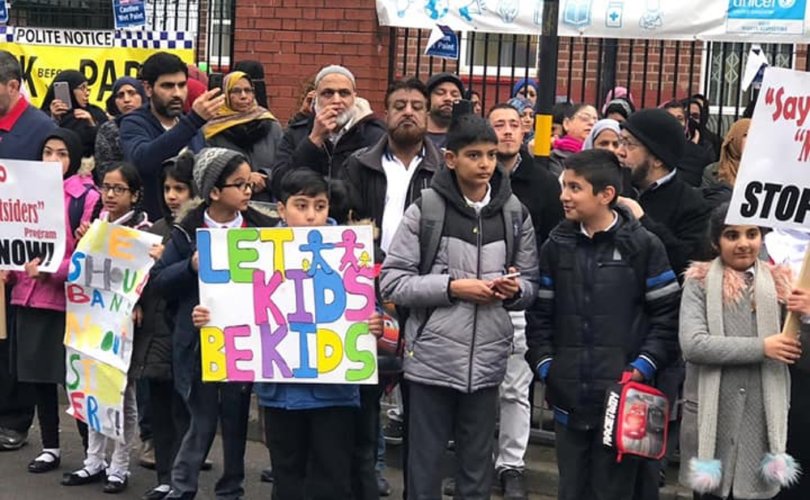 February 5, 2020 (LifeSiteNews) – I’ve been to many conferences and lectures over the past several years where inspiring speakers tell the audience that we must have hope for the future of Western civilization. This call is generally accompanied by inspiring anecdotes of those who held firm in the face of oppression, usually in circumstances far more dire than our own, presented as evidence that decline can be stopped and that and that all we need is a little courage and a lot of hard work, and cultural reformation is possible.

Leaving that question to the side for one moment — Dr. Charles Murray noted his own skepticism on that point on my podcast last month — I think that it may be important to consider that hopefulness may not be the most helpful disposition in the future. Instead, defiance in the face of an overwhelmingly anti-Christian culture will in all likelihood be in order.

Our culture in the West is already so hostile to Christian values that parents have to consciously opt out if they wish to ensure their children are not poisoned by the post-modern ideologies of the moment. Public schools dutifully pass on the orthodoxies of the Sexual Revolution and the gender ideologues, progressive politicians promise to use their power at the pleasure of LGBT activists, and the courts move to cement cultural shifts into law. And increasingly, the revolutionaries are casting a calculating eye at our own families, schools, and church communities. They have no intention of letting us carve out enclaves where we can live in peace.

And so, as I said, defiance may be in order. One recent example of what this might look like comes from an unexpected place: The Birmingham Mail reported this week that Jay Hussain, a 51-year-old Muslim father, is facing a fine and possible jail time after pulling his nine-year-old son out of school. Parkfield Community School in Birmingham had recently implemented a “No Outsiders equality programme” replete with extensive LGBT lessons, and Hussain argued that these lessons were “incompatible” with both his rights as a parent to teach his children about sexuality as well as the tenets of his Muslim faith.

Further to that, Hussain has argued that the LGBT lessons were a “safeguarding risk” due to the fact that they cause confusion for young children regarding their gender identity. He has also said that his prosecution is unlawful, stating through his lawyer Paul Conrathe of Sinclairs Law that: “This prosecution criminalises him for not submitting to teaching in breach of his rights. He considers the school’s approach presents a safeguarding risk to his child.”

Hussain has been one of the leaders of parental protests rocking Birmingham for months over the LGBT curriculum, which was developed by Parkfield’s former assistant head Andrew Moffatt (who is in a gay civil partnership) in 2014. Last year, four schools stopped teaching the curriculum after sustained parental protest. One school was forced to suspend the lessons after 600 children were pulled out of their schools. At one protest, Hussain told the gathered parents that “We are not against anyone expressing their sexuality or being homosexual if that’s what they want. We have no issue if Mr. Moffatt wants to put on a dress, or dance around like a ballet dancer, or put on a skirt, we have no issue. We have an issue with teaching that nonsense to our kids.”

In fact, the curriculum, which features children’s books about transgenderism and children in the wrong bodies for kids as young as four years of age, “goes well beyond teaching acceptance for different types of families,” Hussain argued in his legal challenge to dismiss the prosecution. “For instance, it advocates for children to be whatever they feel they might be, including in relation to gender.” One children’s book is titled Introducing Teddy and features a boy teddy who wants to be a girl teddy. The school has responded to Hussain’s objections by stating that “Whilst Mr Hussain may believe being gay and lesbian as well as transgender are morally wrong, they are protected characteristics under the Equality Act.” To deter parental protests, Birmingham City Council got a high court injunction for a bubble zone around schools that forbid the events.

After an initial suspension of the lessons, Parkfield and other schools have resumed with an amended form of the LGBT programming, with a report on the protests indicating that the tension is “unresolved.” Simply put, the Muslim parents do not want their children to be taught gender ideology and LGBT lessons, and want to affirm their right to pass on their religious values to their children. As far as the school is concerned, these parents have no right to prevent them from attempting to inculcate their children into the values of the LGBT movement. There is no middle ground — and that is why Jay Hussain’s case will be an interesting indicator as to how far this might go.

Under law, any parent who “fails to ensure their child attends school for long periods is ultimately liable to a fine of up to 2,500 pounds, a community order, or a jail sentence up to three months.” Even worse, a court could ostensibly deem the parents of the child unfit. It is a faceoff with the highest stakes over a fundamental question: Do parents in the West have the right to pass their values on to their children, or does the state have the right to force postmodern sexual values on the children of others? The LGBT movement is demanding access to the children of others because they know that this is how they win. Hussain’s defiance indicates that he understands this, too.

If this was a Christian facing down the school system and being threatened with jail time, the narrative would have already been set in stone: A homophobic, transphobic, unfit parent is attempting to pass his hate on to his children and must be punished. Because Hussain is Muslim, however, progressives must tread more carefully, because diversity is another sacred cow that must not be disturbed. They have been praising Muslim values without considering the fact that many Muslim values are very similar to Christian values, especially on the issues that seem to ceaselessly animate our culture wars today. The LGBT movement knows how to go to war with Christian parents. We will find out if their thuggish tactics and total disregard for parental rights work as effectively with Muslim parents.

If they do, we could see a Muslim father locked up in prison because he does not want his children to be taught that gender is fluid when they are children. At that point, defiance is an essential response.