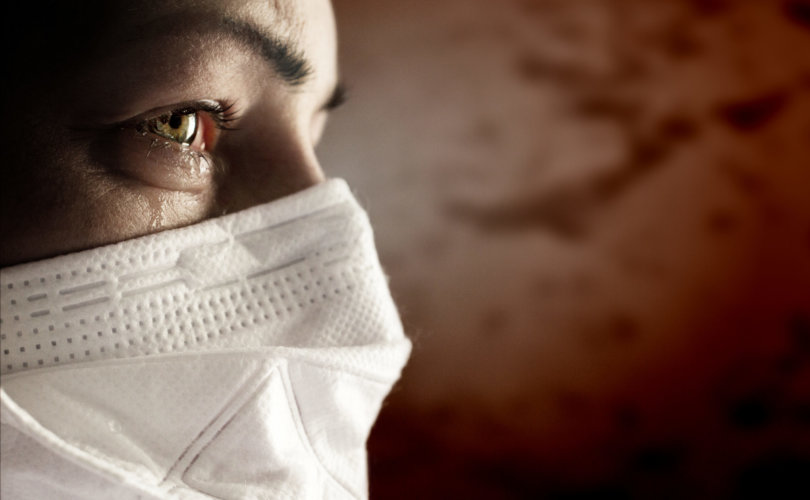 The 8 1/2-hour hearing hosted a steady overwhelming stream of representatives from organizations, and many citizens, who all expressed their support for bills that would affirm that neither local health officials nor employers can require these injections of residents or employees, respectively.

With the Wisconsin state Senate having already passed the bills, passage in the Assembly would send them to the desk of Democrat Gov. Tony Evers, whose position on the bills is not yet clear. Both legislative chambers have a Republican majority.

As a citizen of Wisconsin, I was privileged to present my thoughts as well. The testimony I provided is below.

Testimony in favor of Assembly Bills 23, 24, and 25
Patrick Delaney

Thank you, Chairman Wichgers, and members of the committee.

I’m Patrick Delaney, a local resident from Madison. I grew up here and have worked as an activist, a teacher, an administrator, and now as a journalist for LifeSiteNews.

I would also echo what other commentors have said in supporting amendments that would apply these bills generally to all vaccines and all epidemics, not just those associated with the 2019 novel coronavirus.

Over the last several months, I have been studying and covering many issues related to COVID-19, and the responses of both the public and private sector to this phenomenon.

With the health establishment’s extensive policies of shutdowns, masking and now the push for the population to receive these experimental mRNA vaccines — as is also supported by many large corporations, including the media — in my judgment what we are experiencing is a large-scale act of profound injustice against the American people, both ethically and physically.

Just for one recent example, yesterday I was in touch with the family of Ms. Sara Stickles of Rockford, Illinois.

Sara was a 28-year-old nutritional specialist at SwedishAmerican Hospital (SAH), an affiliate of UW Health. For whatever reason, she was under the impression that she was required to receive these experimental vaccines as part of her job. Her twin sister, Kara, told me that Sara said she “had to take (the shots) because she worked at a hospital.”

Sara was a single mother of one young son who is diagnosed with Type 1 Diabetes. Kara also mentioned, through her profound anguish, that for this reason Sara couldn’t lose her job due to the medical coverage necessary for her son.

After the first injection of the experimental Pfizer vaccine, Kara said her sister “was changed … she would get headaches a lot,” become nauseous and she developed “these red spots all over her.”

While in line on February 2 to receive the second injection, Sara texted her young son’s father, “I’m getting (the) covid vaccine now. If anything happens to me promise you will always be there for bz … Like if I go brain dead or can’t walk lol idk.”

Just five days later, Sara was struck with a brain aneurysm and rushed to SwedishAmerican, where she fell into a deep coma. Later that evening, she was airlifted to the University of Wisconsin Hospital here in Madison. On February 10, Kara posted on Facebook that her sister Sara “has no brain activity.”

She was kept on life support until February 17, her organs were harvested, and then she died.

Though the doctors diagnosed her with arteriovenous malformation (AVM), Kara and other members of her family don’t totally buy it. Kara said that in her judgment it “was all the COVID shot.”

The SwedishAmerican hospital spokesperson told me the shot was not mandatory, but somehow it appears Sara believed it was.

Now looking at the science, we discover that, according to the Centers for Disease Control (CDC), an organization that has been reasonably criticized for inflating the risk of death due to the virus, they estimate that the survival rate for a healthy person of Sara’s age, 28, is significantly more than 99.98 percent without early treatment. According to an independent group of highly qualified volunteer doctors, this means that the threat of COVID-19 to Sara Stickles is virtually “irrelevant.”

And given that these experimental biological agents were rushed through the process of development, testing, approval, and now distribution, with a new “messenger RNA” technology, no industry-standard animal trials, nor any sufficient studies on long-term effects, it’s difficult to understand why anyone would conclude it is reasonable to subject a person to such an experimental substance.

Experts have raised serious concerns about these injections, including the potential for “allergic” and even “fatal reactions,” risks that these vaccines may cause infertility in women, result in an increased vulnerability to the virus, and present unacceptable dangers of long-term effects due to a lack of proper testing.

Current reports on the CDC’s VAERS reporting system reveal that between Dec. 14, 2020 and Feb. 18, 2021, there were 19,907 incidents of adverse events associated with these experimental vaccines, “including 1,095 deaths and 3,767 serious injuries.”

A recent analysis of coerced vaccinations in Israel reveals that the experimental Pfizer vaccine killed “about 40 times more (elderly) people” than would have been killed and “260 times” more of the young (those under 65) than “what the COVID-19 virus would have claimed in the given time frame.”

I still have yet to discover any explanation of how subjecting anyone, much less a healthy 28-year-old, to such needless risks is of authentic service to patients or the common good.

The answer is often offered that vaccination of the healthy provides protection for the vulnerable. This might be plausible except for the fact that there is no data on whether or not these experimental agents are actually capable of stopping the transmission of the virus.

As America’s Frontline Doctors (AFLDS) pointed out, “Scientists are very upfront about the fact that they don’t know if the vaccine even stops the spread of the virus!”

For example, in an article in Medscape titled “Can a COVID-19 Vaccine Stop the Spread?” a former FDA official is quoted as saying, “(w)e don't know if people can become infected and thus also transmit even with vaccination.”

Thus, tens of millions of people who are not at any relevant risk from COVID-19 are being encouraged to subject themselves to the dangers of these experimental vaccines in order to protect others, without there being any real evidence that these injections actually protect others.

Hence, in their independent analysis of these experimental vaccines, AFLDS concluded that these biological agents are “not safer” than COVID-19 itself.

In an official white paper, these physicians explain that “by definition it is unsafe to widely distribute an experimental vaccine, because taking a vaccine is completely different than taking an ordinary medication.

“In contrast to taking a medication for an actual disease,” they explained, “the person who takes a vaccine is typically completely healthy and would continue to be healthy without the vaccine. As the first rule of the Hippocratic Oath is: do no harm, vaccine safety must be guaranteed. That has not yet happened.”

Furthermore, according to Dr. Simone Gold, the founder of AFLDS, understanding that one is receiving an experimental vaccine is necessary to fulfil the requirements of informed consent according to the broadly recognized international norms articulated in the Nuremberg Code of 1947.

The Nuremberg Code came about as a result of the post-World War II trials, convictions and executions of Nazi doctors who had conducted deadly experiments without the subjects’ consent on prisoners of war.

The Code’s first and most extensive principle provides the strict conditions for establishing voluntary consent, including that the individual may not be exposed to “any element of force, fraud, deceit, duress, overreaching, or other ulterior form of constraint or coercion.” In addition, they must have “sufficient knowledge and comprehension of the elements of the subject matter involved.”

Dr. Gold, a physician and attorney, stated in a recent interview, “I've had so many conversations with people that don't even realize (the vaccine’s) investigational (i.e. experimental) status, so how is that informed consent?” she asked. “They don't write it anywhere,” and one has to search diligently to find the paperwork confirming the experimental status.

“So that's the beginning and end of the discussion. This is not informed consent. You don't even know it's investigational. And very important investigational meds can never be coerced by federal law,” she affirmed.

Finally, I would simply like to add, as a Catholic, the Church has recently affirmed in its Note on the morality of using some anti-Covid-19 vaccines, that the moral law requires vaccination to “be voluntary.”

And “(m)eaningful consent is required for voluntariness to be genuine, and coerced consent doesn’t meet that threshold.”

Therefore, as stated by the National Catholic Bioethics Center, “coercive measures requiring persons” to take these vaccines are “ethically unacceptable.”

In conclusion, besides mandatory vaccination being severely damaging and stupid, and due to COVID-19 being a low-risk virus for the healthy, with very safe, effective and inexpensive treatments being available for the vulnerable, such a policy would also happen to be a grave abuse against the rights of persons, and thus a serious violation of the moral law as well.

For these reasons, and many more which have been beautifully articulated here by numerous insightful testimonies, I speak in favor of AB 23, 24 & 25.

Thank you for your time and attention.

Having earned two master’s degrees in sacred theology from Mount St. Mary’s College and Seminary, Patrick Delaney’s professional background includes working for a presidential campaign, and later for American Life League: writing and speaking on Catholic moral teaching, interfacing with media, and lobbying at the state, national, and international levels. Patrick also served the Diocese of Madison, Wisconsin as director of Evangelization and Catechesis and as a religion and history instructor for a Catholic classical education school in Madison where he resides. Over the years he has been published in a variety of outlets including the National Catholic Register, Latin Mass, New Oxford Review, Celebrate Life, Catholic Exchange, the Catholic Herald, and LifeSiteNews. Patrick and his wife Anna enjoy travel, camping, pilgrimages, and spending time with family and friends, in particular their 24 nieces and nephews.