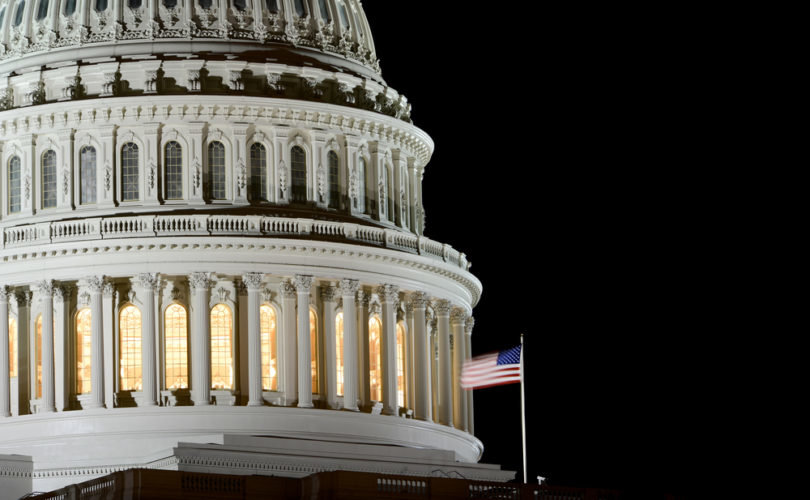 November 23, 2018 (LifeSiteNews) – Last week, I wrote a LifeSiteNews piece about conservatives squandering an opportunity to try something to break the GOP’s cycle of failure by backing Jim Jordan for House Republican leader instead of Kevin McCarthy. In it, I discussed a less-than-impressive analysis of the subject by National Review’s Jim Geraghty.

On Monday, Geraghty devoted part of his Morning Jolt column to a response, primarily focused on the legislative filibuster. It doesn’t fare any better.

It’s always fun when people think cracks about how young they assume I am (fact-check: I’m 31) have any bearing on an argument they can’t refute, especially while misspelling my name five times over.

That content-free condescension is followed by a non-sequitur (haven’t senators already heard arguments against all their positions?) and snarking about something you’d think serious conservatives would like an actual answer to. Has it crossed the minds of more than a few, or are House Republicans content to endlessly cast pure show votes?

Of course, a Google search would reveal that eliminating the filibuster for legislation would take at least 50 votes (…) I think that it’s more of a damning indictment that Freiberger (sic) doesn’t know what would be required to get rid of the filibuster, and how far away from that goal he is.

Y’know what else a bit of searching would reveal? That I know perfectly well “what would be required to get rid of the filibuster” and how many senators accept McConnell’s behavior. I mentioned it in a previous article linked in the piece, as well as other past articles on the filibuster. Of course McConnell is far from the only problematic Republican.

Nothing I wrote Friday suggests otherwise. And considering that the word “filibuster” doesn’t appear until my piece’s final third, I would have thought it obvious that it wasn’t primarily about the filibuster and wasn’t intended as a comprehensive treatment on the subject. But what does a 31-year-old twentysomething like me know?

Frieberger’s (sic) inspiring call to “address the problem until it’s resolved one way or another” needs to persuade about 25 more Republican senators to get rid of the filibuster. Guess what? It’s been addressed. The filibuster-nukers lost.

How, exactly, does lacking the votes translate to “it’s been addressed?” How does one “lose” a fight that hasn’t actually happened? Since when does lacking support for doing the right thing end a discussion?

Those 25 or so Senate Republicans don’t want to get rid of it, because if they lose the Senate in some future election, the filibuster is the only tool they have to slow down or stop the agenda of the Democratic majority. This may be wise or foolish, but you’re unlikely to change the minds of one-quarter of the Senate by wailing that they’re oblivious to those “blindingly obvious aspects of leadership” that you’ve discovered.

It’s truly amazing how much of the National Review/Weekly Standard/Commentary crowd still dismisses any notion of a leadership deficit in the GOP. Would the “Apprentice” guy be President of the United States right now if conservatives, let alone the general public, had confidence in the “leadership” of their preferred Republicans?

And since when does advocating a position automatically constitute “wailing” for it – or, as Geraghty put it on Twitter, “banging the spoon on the high chair?” Obviously any persuasion campaign would consist of more than just complaining online. By now it seems safe to conclude he’s laying on the insults so thick because he doesn’t have an actual defense of congressional Republicans’ negligence.

Since the beginning of the Trump administration, FiveThirtyEight ranked 97 important votes in the House (leaving out the renaming post offices, etcetera). McCarthy and Jordan voted differently in 10 of them, meaning that they voted the same way 87 out of 97 times. Obviously, there’s a difference, but not a glaring difference — yet ConservativeReview ranks Jordan an “A” and McCarthy an “F.”

These are not small differences. “Wildly enthusiastic about Trump” Jordan is more willing than McCarthy to oppose the president on key issues, and that’s not significant to who should lead the GOP caucus? #NeverTrumpers warned us that Congress would fail to resist Trump’s detours from conservatism; they left out the part about their preferred Republicans being the ones rubber-stamping him.

Oh, and note well that while Geraghty grasped at straws to pretend I’m a twentysomething ignoramus, he didn’t even try to defend passing “the third highest number (of bills and resolutions) in the last 30 years” as a conservative metric for good government, or the implication that the Ryan House handled Obamacare repeal just fine. On the first point, Geraghty also quotes Ryan’s admission that “over 80 percent of them are bipartisan bills” – so while they may or may not have been worthwhile, they hardly signify some exceptional or conservative achievement.

I’d like to thank Jim Geraghty, though, for helping demonstrate to conservatives (and potential NRO Webathon donors) just how disinterested the balls and strikes crowd is in holding the GOP’s non-Trump segments to any meaningful standards of conservative effectiveness.

Why ‘pro-life’ Republicans keep failing to defund Planned Parenthood, and how to succeed next time