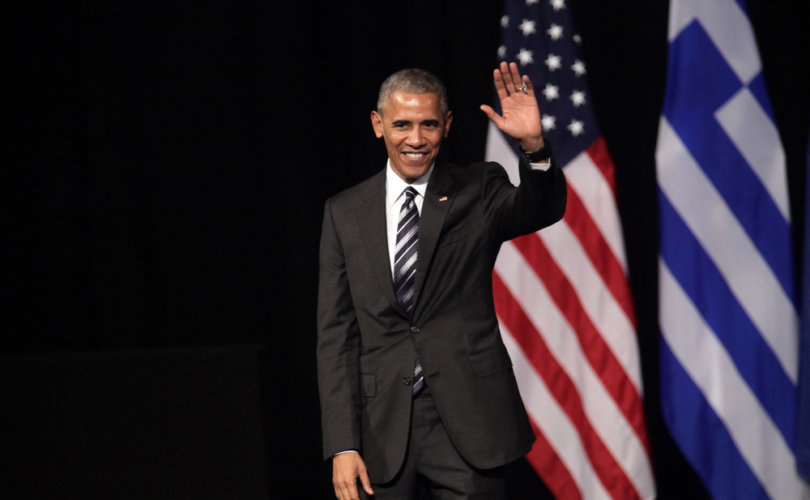 January 10, 2017 (LifeSiteNews) — I’ve not been a fan of the National Urban League’s leftist ideology since 2010. That’s when I stopped my daily diet of fake news from mainstream media.

Now, the National Urban…I’ll say it…National Urban Myths League has put out a bogus report card on Barack Obama’s performance as President. They’ve rated his disastrous Presidency: “Excellent”. It’s a painful exercise in allowing race to trump truth. The liberal organization ends the embarrassing assessment with the words: “Scandal-free administration”. Sure. And Hillary Clinton never had an email erased.

Liberals tend to simultaneously dwell on and ignore history. National Urban Myths League’s short-term memory can be refreshed with this thorough report on the Obama administration’s scandals such as Benghazi, Fast and Furious, Solyndra, Pigford, Iran nuclear deal, Iran hostage payment, and the IRS scandals. There are so many.

Most of today’s once honorable civil rights organizations have certain members of the public thinking they’re being empowered, but they’re being fooled by those in power instead. Truth means nothing. Propaganda is everything.

One only needs to look at the National Urban Myths League’s “EXCELLENT” rating for Obama on Poverty (pg 3). The League deceptively explains the poverty rate fell in the black community in 2015 “faster than in any year since 1999.” Perhaps they missed the fact that in 2010, more people were impoverished under the Obama administration (46.2 million) than in the 52 years the U.S. Census Bureau has kept track. Perhaps it was because the 2010 national poverty rate (15.1%) was the highest since 1993. So Obama gets a gold star because he presided over poverty rates that were higher every year (hitting an apex of 27.6% in 2011) in the black community than during George W. Bush’s terms—the highest since 1996? And now, in 2015 they finally lower enough (24.1%) to nearly match what his administration inherited (24.7%) in January 2009 and that’s worth praise?

Honesty and transparency really aren’t the National Urban League’s thing. They annually produce a State of Black America report which details the challenges of Urban America and offers the same liberal solutions. Many of the issues are the direct result of the one thing the League never, ever mentions—fatherlessness–an epidemic made worse by the culture of abortion.

When my organization, The Radiance Foundation, launched a prolife billboard/social media campaign—TooManyAborted.com—to illuminate the racist history of eugenics and the abortion industry (Planned Parenthood) that it birthed, we were shocked by the response from so-called “civil rights” groups. Our TooManyAborted.com campaign, created as a Black History Month educational initiative, infuriated those who’ve been partnering with an industry that is the #1 killer of black lives. The NAACP (which later sued us for calling them the National Association for the Abortion of Colored People) called our Black & Beautiful campaign “racist” and that we were “creating an illusion that Planned Parenthood is an organization that is murdering black babies.”

Fannie Lou Hamer called abortion in the black community “genocide”. So did Jesse Jackson, when he was passionately pro-life. Oh, but that was before he had to drop his moral convictions for political “prestige” in his 1984 run for the Presidency.

The Marxist #BlackLivesMatter movement is always decrying “systemic racism” yet ignores it where it is most rampant—the abortion industry. What is more systemic than a taxpayer-funded population control organization—Planned Parenthood—killing unarmed black lives in the womb at a rate up to 5 times more than the majority population?

It doesn’t phase the National Urban Myths League, though. Led by president Marc Morial, they’ve put their allegiance in an abortion chain that fundamentally believes we are not equal. As a biracial individual, the irony crushes my heart. A few years ago, when The Radiance Foundation partnered with Pro-Life Wisconsin to place a billboard in the parking lot of Planned Parenthood in Madison, Wisconsin, I had no idea that the abortion biz was leasing space from the National Urban League. Yes. The National Urban League built the building in 2009 and leases space to Planned Parenthood of Wisconsin, which commits 74.3% of the states 5,461 abortions (2015 stats). Of course, as is the case across the country, the black community is disproportionately targeted by the abortion giant which results in the huge disparity in abortion rates. In Wisconsin, although only 6.6% of the state’s population is black, 26% of the state’s abortions are black babies.

In New York City, where Planned Parenthood is headquartered, more black babies are aborted than born alive—the only demographic to have more induced deaths than births. For every 1,000 black babies born alive, there are 1,101 aborted.

This is black genocide. This is civil rights gone wrong.

Yet Marc Morial, signing on behalf of the National Urban League, joined the ACLU and dozens of other radical pro-abortion organizations in a letter vehemently opposing any effort to defund corrupt, taxpayer-defrauding Planned Parenthood. And don’t give me that whole “low-income, minority women need Planned Parenthood” garbage. No they don’t. They need real healthcare…comprehensive healthcare that they can find at over 13,000 federally qualified health centers and community health centers across the country that don’t make millions killing the most defenseless among us.

We can appreciate how far our nation has come by electing its first biracial President, but can we just be honest? Elevating race above all else gives us the legacy that Obama is leaving behind—a nation more racially divided than we’ve seen in decades and a government less transparent with each passing year. Barack Obama is no Messiah, and his failures will be felt for generations to come. Mainstream media has done, and will continue to do, all it can do to mythicize his Presidency. National Urban Myths League, there is too much crucial work to be done to help those in need for you to be writing works of fiction.