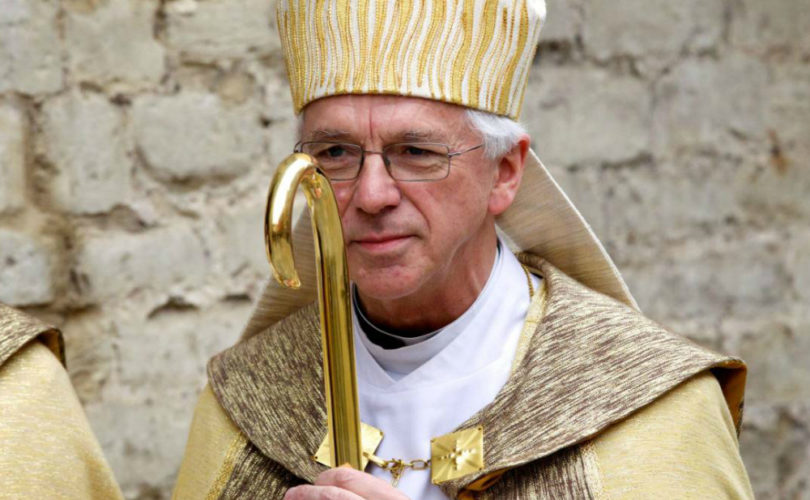 February 24, 2017 (LifeSiteNews) – The recently appointed Archbishop of Brussels has taken another drastic step toward undoing the restorative reforms of his predecessor: another monastic brotherhood kicked out along with its fruitful apostolate. A further “self-mutilation” of the diocese.

For the “reform of pastoral units,” Cardinal Jozef De Kesel is getting rid of yet another group aimed at restoring the faith in the pagan city. He recently kicked out the quickly growing Fraternity of the Holy Apostles, founded by his predecessor, Archbishop André-Joseph Léonard.

Archbishop Léonard invested all his energy into reviving the faith in the rapidly secularizing Brussels. He founded the Fraternity of the Holy Apostles, a public association of the clerical faithful, and entrusted them with the education of priests to the Fraternity and gave them two parishes in Brussels. It proved to be a huge success until suppressed by de Kesel.

The new cardinal archbishop – protégé of leading progressive and former Brussels archbishop, Cardinal Godfried Daneels – has now kicked out the Monastic Fraternity of Jerusalem without giving sufficient reason and despite massive protests by the faithful.

The Monastic Fraternity began its work in Brussels in 2001. Their traditional lifestyle focuses on living monastic solidarity in the midst of great cities, as well as prayer, Bible circles, and Eucharistic adoration. The group has a presence in Rome in the Church of St. Trinita dei Monti on top of the Spanish Steps as well as in St. Sebastiano al Palatino.

Cardinal De Kesel announced that the dissolution of parishes and the centralization of many churches into the Parish of Saint Gilles, where the monks have hitherto worked, effected their dismissal.

The Fraternity was asked some time ago to search for a new place of worship, and they faithfully did. After Sister Violaine and Brother Jean-Christoph, responsible for the Brussels community, found a place, the Archdiocese was not willing to prolong their collaboration with the Brotherhood for more than two years – too little time for the monastic group to seek stability.

After a talk with De Kesel, the two responsible from the Jerusalem brotherhood in Brussels decided to retreat from the archdiocese. “There was no more room for dialogue,” they told La Nuova Bussola Quotidiana.

“These are episodes which bring to mind that the Church in Brussels – or at least some of their high-ranking officials – have a tendency toward self-mutilation and an urge to centralize power,” commented the Italian newspaper.

“Why does the Church choose to inflict self-harm?”