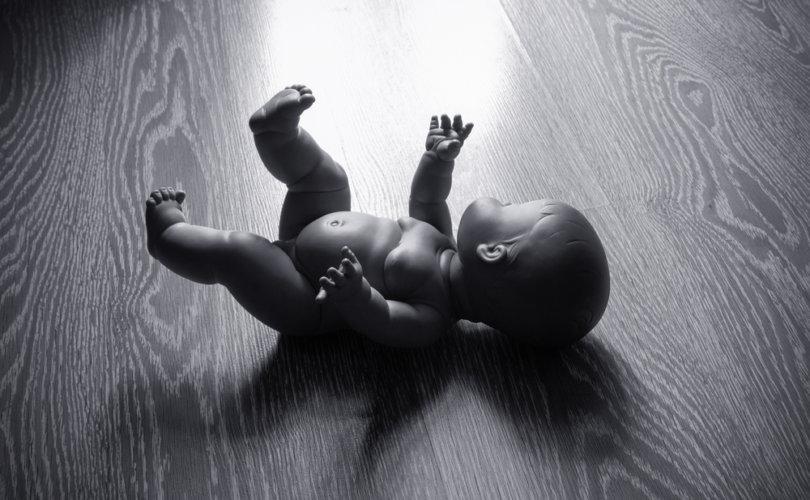 I remember one incident years ago when we held a pro-life event in downtown Vancouver in front of the Art Gallery. We had a large team of activists doing outreach, mics set up for speeches, and a small crowd gathered. A swarm of abortion activists soon showed up with crude signs, foul mouths, and few clothes. One young woman protested topless. The reporters who had showed up to take photos and interviews decided to spike the story. They’d come to catch pro-life activists with their pants down and found the abortion activists with their pants off.

Every activist I know could tell hundreds of similar stories. Abortion activists dress as genitalia; sketch pornographic drawings on signs; tell pro-lifers they’d like to “eat the fetuses because they’re tasty”; and insist that they find abortion fun. I’ve heard every form of abortion joke there is, and been sworn at in every imaginable way.

The women who do pro-life work have it worse, as abortion activists frequently wish sexual assault on them and get more creative with their crudities. These aren’t Twitter trolls hiding behind anonymity — these are real people saying these things to other people. If a single pro-life activist were to do one of these things, it would be front page news for weeks.

But I’ll admit that abortion activists in Australia topped all that with one of their new slogans.

Sunday was World Down Syndrome Day, and according to the Catholic Arena, protestors arrived at Sydney’s St. Mary’s Cathedral in force. The group was organized by the University of Sydney Women’s Collective, which led cheery chants such as, “f*** the church, f*** the state, we will decide our fate,” which is fairly standard stuff for these sorts of protests.

But one young blond woman, wearing a blue coat, backpack, and pumping her fist in the air, led a new chant: “We will fight, we will win, put the fetus in the bin!”

Pro aborts outside St. Mary's Cathedral in Sydney chant 'Put the fetus in the bin' on World Down Syndrome Day. pic.twitter.com/VBNrw35hKZ

Read that one more time. It is the clearest expression of intent I’ve ever heard from an abortion activist. Pro-lifers wish to spare pre-born children the fate of being killed and tossed into dumpsters — something I’ve seen first-hand. And here is a young student taking time out of her weekend to show up at a church and scream her hatred of unborn children at a cathedral: “We will fight, we will win, put the fetus in the bin!”

The Catholic Arena reached out to the University of Sydney for comment, and received the following statement:

While we do not condone the messages recorded in the video and don’t necessarily agree with all views expressed by our community, we do strongly defend freedom of speech and support the right of our students and staff to express their opinions in a legal, safe and respectful way. Students must also abide by our Student Charter 2020, and we expect our community to treat others with respect and to avoid any bullying or harassment behaviour. We’ll now consider this matter to determine if any action is appropriate under the Charter and our complaints process.

Again: If a crowd of pro-life supporters had showed up to protest and shouted vile slogans, the place would have been crawling with reporters, each of whom would have produced a viral video on the cruelty of the anti-abortion movement. But when female students gather in front of a church to chant about putting unborn babies in the garbage, there is total silence.

This is the face of their movement. I’ve seen it more times than I can count.