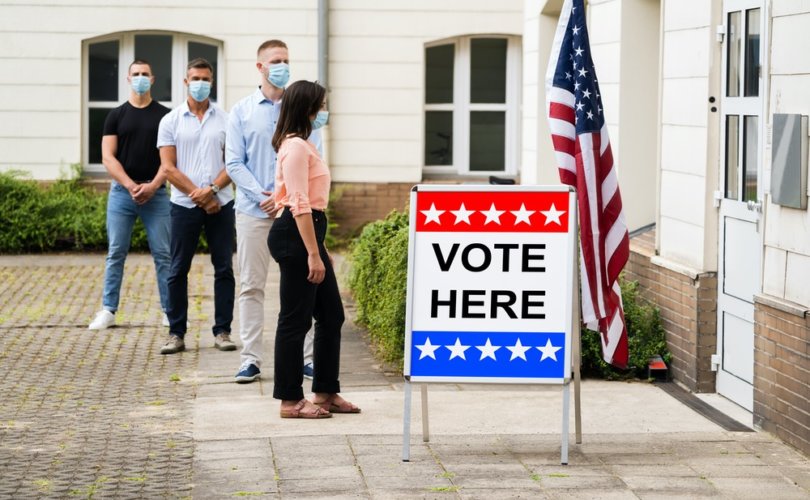 December 21, 2020 (LifeSiteNews) – Since election night on November 3rd, reports of ballot fraud have come pouring in almost without pause.  To date, the torrent shows no sign of ebbing.

So how is an ordinary voter to make sense of all these reports of ballot fraud, coming in as they are from all across the United States and comprising every variety under the sun?

One way is by reading “Immaculate Deception,” which is Peter Navarro’s brilliant compilation of much of the evidence of election fraud that has been uncovered to date.  Peter, whom I count as a friend, has reviewed, categorized and summarized hundreds of reports of fraud that have poured in, summarizing them in a very readable 36-page report.

Navarro argues that the Biden campaign and its allies engaged in a national strategy of “theft by a thousand cuts … across six dimensions and six battleground states.”  In a “Summary” graphic, he asserts there is evidence for “Outright Voter Fraud”, “Ballot Mishandling”, “Contestable Process Fouls”, “Equal Protection Clause Violations”, “Voting Machine Irregularities”, and “Significant Statistical Anomalies” in each of the six states in question:  Arizona, Georgia, Michigan, Nevada, Pennsylvania, and Wisconsin.

He also alleges that in each of these states, with the possible exception of Michigan, there are more than enough illegal ballots to overturn the election results.

Navarro’s report goes on to note how President Trump’s seemingly insurmountable leads in Georgia, Pennsylvania, Michigan, and Wisconsin on election night were strangely reversed by “a flood of mail-in and absentee ballots” over the next couple of days.

Under “outright voter fraud” Navarro lists cases of “bribery, the large-scale manufacturing of fake ballots for Biden, the destruction of Trump ballots, ballots cast by ineligible voters such as felons and illegal aliens, dead voters and ghost voters, ballots counted multiple times, and illegal out-of-state voters.” No swing state was free of such abuses, and most had more than one, skewing the election to Biden.

Navarro also found that all the swing states had reported cases of “‘ballot mishandling”, which he defined as “lack of adequate voter ID check”, “signature matching abuses”, “backdating of ballots”, “naked ballots lacking outer envelope”, and  “broken chain of custody.” Each and every one of these lapses provides an occasion for fraud.

What Navarro calls “contestable process fouls” were also rampant.  In all of the battleground states he found that poll watchers and observers were abused and practice the illegal “curing” of ballots.  Several experienced other violations such as “allowing improperly registered people to vote”, “illegal campaigning at polling stations,” and flaunting the rules laid down in state law concerning the processing of mail-in and absentee ballots.

The voting machines used in different states to conduct elections also contributed to the fraud, reports Navarro, with many states experiencing “large-scale inaccuracies together with inexplicable vote switching and vote surges, often in favor of Joe Biden”:

Navarro concludes, rightly in my opinion, that the pattern of misbehavior that he discovered is evidence of a “coordinated strategy to effectively stack the election deck against the Trump-Pence ticket” that was carried out in each and every one of the contested states.

I would add that not only is the weight of evidence is simply overwhelming, but also that it continues to grow day by day.  For example, I recently received a report from a group of statisticians detailing “significant statistical anomalies” in Pennsylvania, a state that Navarro did not flag for such things.  I think that we can now also put a check in the “inexplicable vote switching” box for Nevada, where votes were reportedly changed overnight using USBs stuck into the voting machines.

As far as “Excessively High Voter turnout” is concerned, we could probably check this box not just for the six swing states, but for a dozen other states as well.  It doesn’t take a sophisticated statistical analysis to prove that Biden could not possibly have received 80 million votes, shattering the popular vote record.

Anyone with any common sense knows that if you lose significant amounts of Black and Hispanic support, if you lose 18 of 19 Bellwether Counties, if you lose Ohio, Florida, and Iowa, if you lose all 27 House races rated as “Toss-Ups”, and if you win only 17 percent of America’s counties — a record low — there is simply no way that you can possibly have won the election, much less received a record-setting number of votes.

Here's another proof, from Bill Binney.  Binney points out that we know that 66.2 percent of America’s 212 million registered voters voted in the last election.  This means that the total number of votes cast cannot exceed 140,344,000.  Period.

“Now if Trump got 74 Million [which he did], that leaves only 66.344 Million for Biden,” Binney writes. “These numbers don’t add up to what we are being told. Lies and more Lies!”

Navarro concludes his report by saying that “the weight of evidence and patterns of irregularities uncovered in this report are such that it is irresponsible for anyone – especially the mainstream media – to claim that there is ‘no evidence’ of fraud or irregularities.”

I would say that we are well beyond “irresponsible” at this point.  American democracy is terminally ill with Stage 4 voter fraud from which it may never recover, and those who infected the body politic are claiming that it’s not diseased at all, but is in perfect health.  The corporate media in the U.S., which has become nothing more than a shill for the Democrat Party, dutifully echoes these absurd claims.

But it should be obvious to everyone by now that the Biden camp is caught in its own contradictions.  They keep loudly insisting that there was no fraud in the 2020 election, but are fighting tooth and nail to keep the Dominion machines out of the hands of those who want to do a forensic audit.  They claim no illegal votes were cast, but they don’t want the kind of signature verification that would prove (or disprove) their claim.  They insist without evidence that all claims of voter fraud have been “debunked.”

I understand why the Democrats are so desperate to deny and deflect.  Were they to acknowledge the existence of voter fraud—even a little—the eyes of millions of Americans would be opened.  It would then be blindingly obvious to them that, as outlined in Peter Navarro’s report, a massive operation to steal the election was carried out across the United States.

And that would be the end of the Democrat party, not to mention of Joe Biden’s presumed presidency.