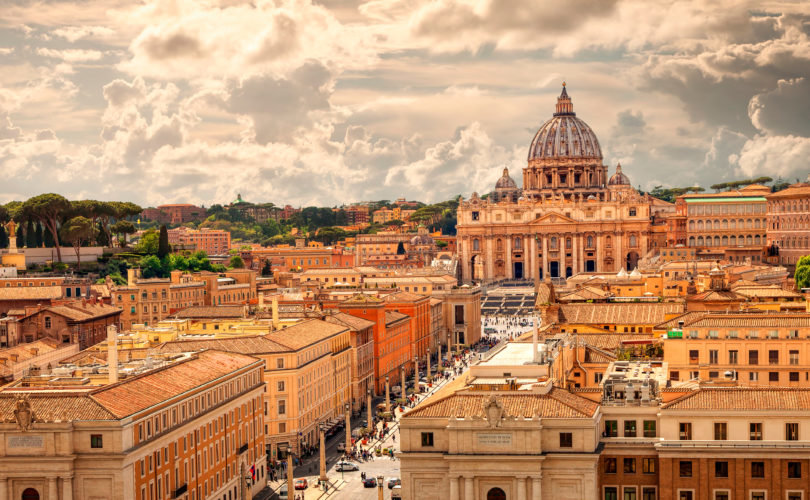 July 27, 2021 (LifeSiteNews) — The Pillar — the Catholic publication whose bombshell revelation that the general secretary of the United States Conference of Catholic Bishops is a regular user of the gay hookup app Grindr caused him to resign — just dropped another bomb, this time directly over Vatican City.

In a report issued this afternoon, The Pillar indicated that it has access to a trove of commercially available data from Grindr and other hookup apps, showing usage in the non-public areas of the Vatican, similar to the data they have been able to access and then analyze in the United States.

“Extensive location-based hookup or dating app usage is evident within the walls of Vatican City, in restricted areas of St. Peter’s Basilica, inside Vatican City government and Holy See’s administration buildings including those used by the Vatican’s diplomatic staff, in residential buildings, and in the Vatican Gardens, both during daytime hours and overnight,” The Pillar report explained.

Their investigation showed that in 2018 “at least 32 mobile devices emitted serially occurring hookup or dating app data signals from secured areas and buildings of the Vatican.”

“At least 16 mobile devices emitted signals from the hookup app Grindr on at least four days between March to October 2018 within the non-public areas of the Vatican City State, while 16 other devices showed use of other location-based hookup or dating apps, both heterosexual and homosexual, on four or more days in the same time period.”

The Pillar report casts a bright light on the serious security risks posed by hookup usage by Vatican workers and residents of the Holy See, especially with regard to its diplomatic relationship with China.

From 2016 to 2020, Grindr was owned by the Chinese firm Beijing Kunlun Tech, which likely would have been compelled by the country’s communist government to share information collected by the site that could then be used to “blackmail, coerce, or extort” users in powerful positions.

“Since the Vatican doesn't have a military component, the Chinese are tracking their religious ideas, spying on local Church figures in order to keep them in line,” Nina Shea, a former commissioner on the United States Commission on International Religious Freedom, told The Pillar. “Blackmail is certainly one of the cards they have that they would have no compunction in using.”

“In terms of their engagement with the Vatican, I can understand well how they've targeted the Holy See through cyber attacks and everything else, and also the local church in Hong Kong and everything in the runup to the new Vatican-China deal,” said Shea.

The period of the Chinese company’s ownership of Grindr coincides with the Vatican’s lopsided deal with China’s government that undermined the country’s faithful underground Church while granting the Chinese Communist Party (CCP) exclusive power to choose bishops and to control the Catholic Church within the vast nation.

The Pillar report begs the question: Did blackmail or extortion play a role in the Vatican-China deal, which to many observers seemed to be a horrific capitulation by the Roman Catholic Church to the virulently atheist CCP.

After the Vatican’s announcement in 2018 of the deal, Cardinal Joseph Zen, the former Archbishop of Hong Kong, said the agreement amounts to the Vatican “helping the government to annihilate the underground Church that Beijing was not able to crush.”

Heroic, world-famous blind Chinese activist Chen Guangcheng described the Vatican deal with China as “slap in the face” to millions of Catholics.

Cardinal Raymond Burke said at the time that the deal with China on selecting bishops was “absolutely unconscionable,” and “a betrayal of so many confessors and martyrs who suffered for years and years and were put to death” by the Communist Party.

The Pillar’s founders, J.D. Flynn and Ed Condon, flew to Rome recently for a brief stay and to meet with Cardinal Pietro Parolin, the Vatican Secretary of State, and Dr. Paolo Ruffini, Prefect of the Vatican’s Dicastery for Communications.

While the content of their 90-minute discussion has not been revealed, it’s likely the focus was on the security risks to the Vatican posed by the anonymous homosexual hookup app, Grindr.

Cardinal Parolin has been the driving force behind the Church’s inexplicable agreement with China.

When the China deal came up for renewal last fall, Cardinal Zen accused Parolin of “lying” in claiming that Pope Benedict XVI had approved a draft of the controversial 2018 China-Vatican deal.

The retired bishop of Hong Kong also accused Parolin of “manipulating” Pope Francis when it comes to the Vatican’s dealings with China’s communist regime.