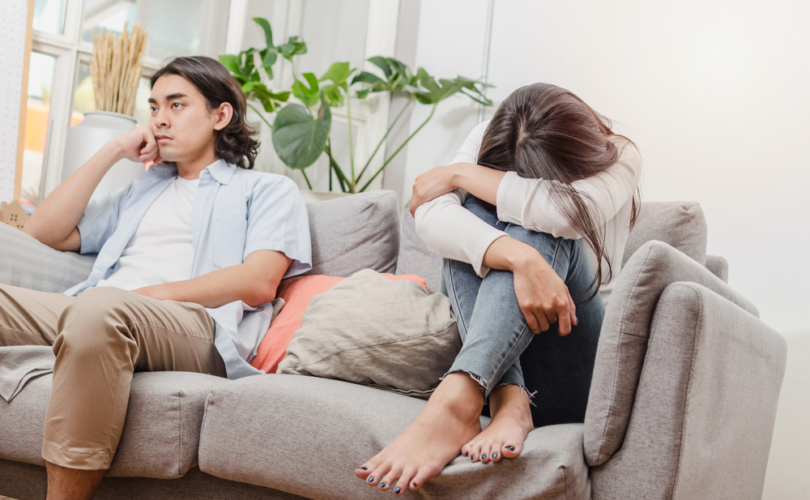 (LifeSiteNews) — According to a new study out of the UK commissioned by the BBC, 1 in 20 women ages 18-24 have been given abortion pills without their knowledge or consent by men seeking to kill their pre-born children. According to the survey of 1,000 women ages 18-44, 50% reported having experienced one type of “reproductive coercion” — which includes forcing someone into having an abortion.

One 28-year-old midwife who works at an abortion clinic told the BBC that she’s “very used to seeing women are being pressured into a termination,” and 15% of women reported that “they’d experienced pressure to terminate a pregnancy when they didn’t want to.”

This tragic news comes as no surprise to pro-life activists. Abortion is frequently a tool used by men to ensure that women can be sexually available to them without incurring the responsibility of a child. When women become pregnant with children they do not want, it is common for men to exert some form of pressure — emotional, psychological, or even physical — to convince them to have the babies aborted. With the pandemic making “at-home” abortions via pill more easily available, men have more opportunity to pressure or force women into abortions.

One example of coercion literally happened while the BBC was conducting an interview:

While we are doing the interview with her at work, she gets a knock on the door.

There’s a woman in the room next to us being pressured by her partner into a termination she doesn’t want.

Winnie goes to chat with her and has a meeting with her colleagues. When she returns, she explains what’s happening.

“We’re trying to determine at this point whether she’s safe to go home and how she will manage the situation when she gets home.

“Unfortunately, she’s just not sure. Sometimes this is a bit of a fact-finding investigation about, is there anything else we don’t know about this situation?”

As pro-life ethicist and medical doctor Calum Miller put it on Twitter: “5% of 18-24-year-old women in the UK have been given abortion pills without their knowledge or consent, a doubling from older age groups. It is frightening that some healthcare providers are lobbying for these pills to be made even more easily available to abusers … It’s amazing how many ‘Believe Women’ types suddenly turn into misogynistic sceptics when a poll by a major polling company commissioned by the BBC finds that 5% of 18-24-year-old women have been given abortion pills without their knowledge of consent. Do we believe them or not?”

Fortunately, at the moment the UK government is planning to scrap the “pills-by-post” telemedicine scheme that it introduced during the pandemic.

It’s a huge relief to know that the English government has listened to the evidence, despite the misinformation being spread by the abortion lobbyists and some doctors,” Dr. Miller told me. “We know that telemedicine is not safe for abuse and trafficking victims, and puts women at risk of ruptured ectopic pregnancies, among other things. Ending telemedicine won’t prevent the many women and babies being harmed by abortion, but it will prevent the very worst excesses, and will save women from coerced abortion by their abusers.”

Most progressive MPs have ignored these findings. As always for many abortion supporters, the right to kill children in the womb trumps all other ideological commitments — not to mention the safety of women and children.