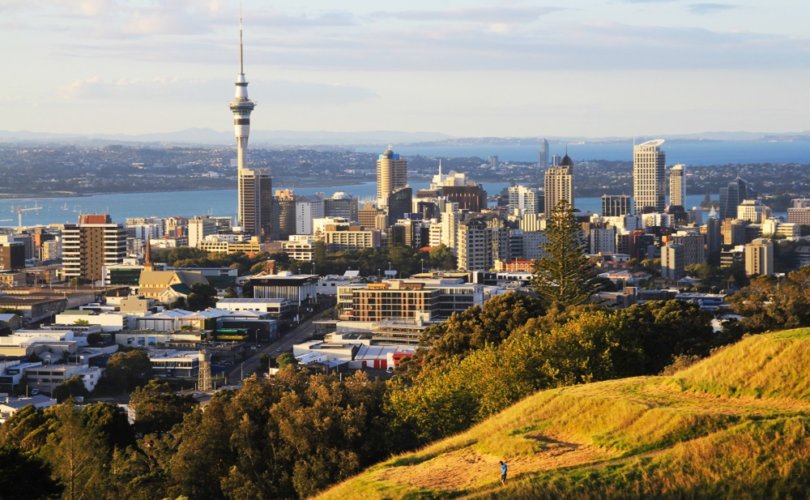 March 18, 2020 (LifeSiteNews) — Plans for a public referendum on the decriminalization of abortion in New Zealand were scrapped by lawmakers today in favor of a parliamentary vote, and legislators voted 68 to 51 to remove abortion from the 1961 Crimes Act. Abortion already had been essentially legal, with women being required to obtain the approval of two physicians who determined that the pregnancy was a danger to the physical or mental health of the mother. The Crimes Act was never enforced in the case of abortion, and no women actually went to prison for having one (technically speaking, the law permitted prison terms of up to 14 years for aborting a child).

According to justice minister Andrew Little, removing this last bit of stigma against abortion was a necessary move that gives women more control over their bodies (and the bodies of their pre-born children, which he did not mention). Little said the status quo had resulted in women lying in order to obtain abortions and caused delays that he felt were unnecessary. “From now [on] abortions will be rightly treated as a health issue,” he stated on Wednesday. “The previous law required a woman seeking an abortion to go through many hoops.”

Under the new law, women will be able to get abortions up to twenty weeks with no questions asked, with the approval of a doctor being required to abort a baby after twenty weeks. Jan Logie, a Green M.P., told the New Zealand Herald, “It’s been a long time coming. Today I hope we will come out of the sexual and reproductive time warp that we’ve been stuck in for over 40 years.” Simeon Brown, a Conservative M.P., responded by pointing out that pre-born children have a heartbeat and can feel pain, and that the law should treat them with dignity and respect. Most politicians, unfortunately, did not feel the same way.

Andy Moore, who became involved in the pro-life movement in New Zealand in 2008 when he co-founded ProLife NZ, the movement’s only youth wing at the time (he now works as the digital director for the U.S.-based Susan B. Anthony List), had a different reaction. “This is a dark day for Aotearoa, New Zealand,” he told me. “The country that markets itself as ‘100% pure’ has now entered the shameful company of just 7 other countries in the world — including China and North Korea — that permit abortion on demand, for any reason, through all nine months. Worse still, Kiwi taxpayers will be forced to pay for abortions with their hard-earned tax dollars.”

Moore highlighted the fact that the abortion extremism shocked many New Zealanders: “Kiwis watched with growing disbelief as the unfettered extremism of the abortion lobby and its allies in Parliament was put on full display. The majority of Kiwis found it morally repugnant that many commonsense and compassionate amendments — including on to ensure medical care for late-term babies who survive an abortion — were defeated.” Even the prime minister, Jacinda Ahern, voted against the amendment.

Predictably, not even total decriminalization was enough for some people, with many observers noting the fact that so-called “bubble zones” banning pro-lifers from offering help outside abortion facilities were not part of the bill, a provision that many abortion activists wanted.

On the day of the bill’s second reading, pro-life activists protested outside Parliament. Some of them held up signs featuring photographs of aborted babies, beautiful children who had been reduced to bloody clumps of flesh by the tools of abortionists. The prime minister said the photographs were “not OK,” and justice minister Andrew Little went even farther, stating that the pictures were “sick.”

He did not seem to realize that if the photographs of the aborted babies are “sick,” the actual act of aborting those babies is infinitely worse. Like so many politicians, Andrew Little could not bear to face the consequences of his own actions — and did not want to see the evidence that his bill has nothing to do with health care and everything to do with the ugly destruction of human life.

Jonathon’s new podcast, The Van Maren Show, is dedicated to telling the stories of the pro-life and pro-family movement. In his latest episode, he speaks with Alessandra Bocchi, who is currently in Rome, about what is actually happening on the ground in Rome and across Italy. Bocchi is from Lombardy, the hardest hit region of Italy, but is “stuck” in Rome due to the government’s requests that people not leave their current locations in order to stop the spread of the virus. The scene she shares is quite surreal.