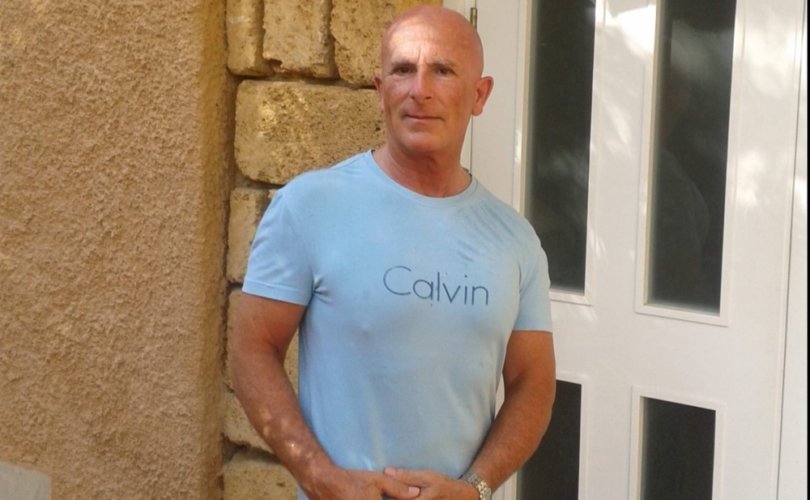 SWITZERLAND, February 18, 2021 (LifeSiteNews) – Joseph Maria Bonnemain, who Pope Francis picked on Monday for the Diocese of Chur, Switzerland against the wishes of the local ecclesial leadership, declared on Wednesday that he won’t have his own episcopal coat of arms. “For me, Christ’s sign of the cross is sufficient,” he explained, thus breaking a tradition of the Church.

When Pope Francis announced on Monday that Bonnemain was to be the next bishop of the traditionally conservative Diocese of Chur, he at the same time accepted the retirement of Bishop Marian Eleganti, auxiliary bishop of that same diocese and a well-known defender of the Church's traditions and moral teachings. Eleganti had, in accordance with canon law, sent his offer of retirement to Rome in 2019.

As LifeSiteNews reported in November of last year, Pope Francis had proposed three candidates for the new bishop in Chur, all of whom then had been rejected by the conservative-leaning cathedral chapter of Chur, which was in itself a historic event. But this rejection of the three candidates left it up to the Pope to choose a new bishop.

The 72-year-old Bonnemain is an Opus Dei priest (ordained in 1978) and, while he initially had worked in the 1990s under the conservative former Bishop of Chur, Wolfgang Haas, he has since turned toward a more progressivist attitude, inclined to collaborate with the very secularist Swiss public. His own secularist leanings can be seen in a Facebook post he made in September 2015, where he depicts himself, similar to that of a fashion model, in a tight Calvin Klein shirt, receiving praises for his beauty. Bonnemain also posted numerous photos from his vacation trips depicting nude male statues and other sensuous situations.

In 2017, Bonnemain published a document about Pope Francis’s post-synodal exhortation Amoris Laetitia concerning marriage and the family, in which he fully endorsed the change of the Church's handling of cases of “remarried” divorcees. He positively and extensively quoted the guidelines of the bishops of Buenos Aires which state that some couples in irregular situations might, after a period of discernment have access to the sacraments, to include Holy Communion. Speaking about Amoris Laetitia – which he calls “revolutionary” – Bonnemain stated that it is not anymore about “admission or non-admission [to the sacraments] on the part of the Church’s authorities, but, rather, about a serious decision on the part of the concerned faithful themselves.” Canon 915, he continued, is not anymore “applicable to the remarried divorcees.” That canon bans those Catholics from the reception of Holy Communion who persevere “in manifest grave sin.” Catholics who live in a second “marriage” after a divorce live objectively in a grave state of sin, the sin of adultery.

Pope Francis’s decision to choose Bonnemain for the Diocese of Chur will therefore undermine the traditionally conservative diocese. The previous bishop, Vitus Huonder, was known for his strong stance against abortion and Communion for “remarried” divorcees. In February 2017, he issued guidelines on marriage, reaffirming the Church’s continuous teaching against Communion for divorced and “remarried” couples. Huonder had also reiterated Humanae Vitae’s rejection of contraceptives. Since Huonder's retirement a year and a half ago, the diocese was left without a bishop; there are many forces in liberal Switzerland who wish for a liberalizing new bishop who would be less “controversial” and more adapting to the zeitgeist.

Now the Swiss progressives are rejoicing about Pope Francis’s decision. Raphael Rauch, one commentator on Kath.ch, the official news website of the Swiss Bishops’ Conference, called Monsignor Bonnemain a “superman,” expecting from him to start the “Golden Twenties” (a reference to the 20s of the 20th century, in which many moral laxities were introduced in the West) in the diocese.

“Those priests who had been against Bonnemain,” he expounded, “should now immediately resign – or be silent forever.” The tone is getting harsh in Chur, so much so that Kath.ch also published today a quote from Thomas Binotto, a Swiss journalist who called upon Bonnemain to completely rebuild the diocesan leadership. Kath.ch’s article is entitled: “Thomas Binotto: Bonnemain has to let go of [vicar general] Grichting, Fuchs, and [press speaker] Gracia.” These names are the closest collaborators of the former and retired Bishop Vitus Huonder. Binotto also called upon Bonnemain to “call competent women into leadership positions.”

LifeSite reached out to a well-informed source of the Diocese of Chur, asking him for comment. While wishing to remain anonymous, he stated:

You have to pay attention to the question which circles, and what kind of people in the Church and in the media, are delighted with a bishop, and which people are concerned. Their relations with him are very often not authentic, insofar as they are based only on the extent to which he serves their own interests. As soon as this is no longer the case, the love, the enthusiasm, and the support are also over. At this point, true and false worship are separated. Therefore, the word of the Lord applies: “Woe to you when all men praise you, for in the same way their fathers did it to the false prophets. To you who listen to me, I say: Love your enemies; do good to those who hate you. Bless those who curse you; pray for those who mistreat you.” (Lk 6:26-28) Today, mistreatment takes place by way of the media.