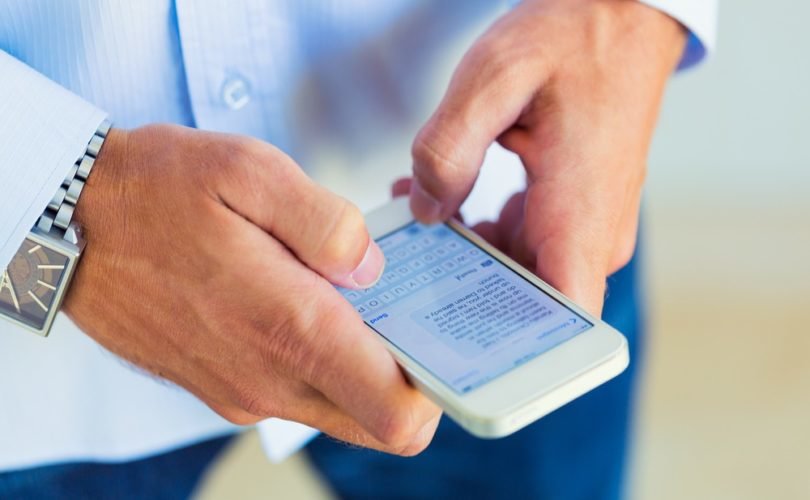 January 10, 2020 (LifeSiteNews) – Katholische Nachrichten-Agentur (KNA), the German Catholic news agency whose main shareholder is the Association of the Dioceses of Germany (Verband der Diözesen Deutschlands), just announced the start of an English section of its service, called “KNA international.”

As KNA explains there is “intense interest” in the upcoming German “Synodal Path” that is to start on January 30 with a three-day synodal plenary assembly in Frankfurt. The event aims at discussing matters such as female ordination, celibacy, and homosexuality. Thus, the founding of this new KNA service seemed necessary.

The Editor-in-Chief of KNA, Ludwig Ring-Eifel, explains: “We want this to fill a gap because until now, coverage of the debates underway in the Catholic Church in Germany by English-language media, blogs and social media has often been polemical and rarely objective.”

This explanation makes it clear to some observers in Germany who spoke to LifeSiteNews that the new KNA English section aims at presenting the reform plans of the Catholic Church in Germany in a more positive light, especially since the international reactions against this controversial synodal path are strong.

The Synodal Path has already caused a stir in Rome, with Pope Francis writing a letter to the German Catholics reminding them of the importance of unity, as well as some interventions of different Rome dicasteries as to the legality of the synodal process which aims at giving much influence to the German laity. However, since Pope Francis finally gave the free reign to the German bishops after all, the danger is that this synodal path will end up questioning infallible Church teachings such as on homosexuality and female ordination.

Bishop Rudolf Voderholzer, one of its critics, warns that this synodal path will turn into a “path of destruction.”

KNA provides articles to two-thirds of German newspapers and runs a Rome office together with the news agencies of the Swiss and the Austrian bishops' conferences.

Since Ludwig Ring-Eifel had questioned the objectivity of some of the English-speaking media, LifeSite reached out to him on Twitter, reminding him of the fact – as reported here – that he did not even answer our media requests concerning our attempt at fact-checking an article written by KNA back at the end of 2018. KNA was in 2019 not willing to provide LifeSite with a statement that their report on a controversial talk given by a member of the Pontifical Academy for Life, Professor Marie-Jo Thiel, had been accurate. Nor were they willing to provide us with the manuscript of her talk, so that we might ourselves do the fact-checking.

Mr. Ring-Eifel responded to LifeSite's Tweet, saying: “If my answer had helped you to find out the truth and if I had had the information that you were looking for I should have answered. I don’t remember if that was the case, but anyway I apologize for not having reacted to your mail.”

He did not further respond, after we reminded him of the story and of the fact that we had even sent our published report to him. In 2019, LifeSite had contacted him and his collaborators several times, but KNA's publicly affirming the accuracy of their report could have been seen as a public contradiction to Professor Thiel's and the PAV's claim at the time that Thiel's talk had been misrepresented. Thiel had stated in a December 2018 talk in Freiburg that the Church's teaching on sexuality and family should be thoroughly reconsidered. She denied, for example, that there exists an inner connection between sexual intercourse and procreation, thus questioning the papal encyclical Humanae Vitae against artificial contraception.

Since KNA at the time was not willing to help LifeSiteNews to fact-check her claims, we procured a copy of the book which was later published and which contains Thiel's talk from December of 2018. And indeed, this very claim about contraception is contained in her published text. She states: “Each sexual encounter, states Humanae Vitae, has in itself to be ordered toward the procreation of human life. But in nature, there is no inner connection between sexual intercourse and procreation.” She then refers to the statistics, according to which only every fourth sexual intercourse of a healthy couple leads to the conception of new human life. She continues, asking “why should, according to Humanae Vitae 15, sterility and 'therapeutic measures' hindering conception be more permissible than the AIDS prevention in Africa or the inner motives of a couple? Humanae Vitae also 'forgets' to take into account the human experience and the experience in society as one of the four sources of moral knowledge.”

KNA could have been of great help in the middle of 2019 to help LifeSite with some fact-checking. And they also could have actually also helped to defend the Church's teaching on human sexuality by showing that Thiel's words are questioning the Church's binding moral teaching.

But KNA could still do this – and now even in English – during the upcoming German Synodal Path which aims at questioning exactly the same moral teachings of the Catholic Church.