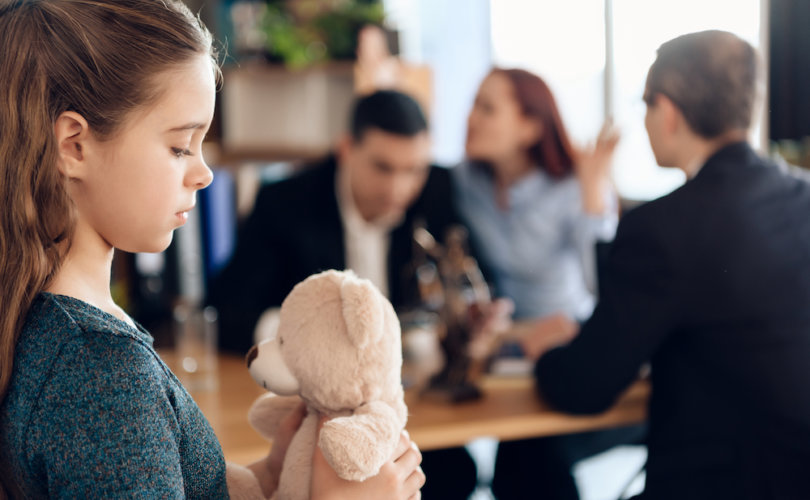 (LifeSiteNews) – New legislation making divorce even easier came into effect in the United Kingdom on April 6, 2020. Passed in June of 2020, the new legislation:

removes the possibility of contesting the divorce

introduces an option for a joint application

makes sure language is in plain English, for example, changing ‘decree nisi’ to conditional order and ‘decree absolute’ to final order

Considering how normal divorce has become in our society, this will appear to most people as not a big deal. But it is an opportunity for Christians to note, once again, how awful and tragic divorce actually is. Divorce may be the norm, but it should never become normal.

A study released earlier this year highlights how damaging divorce is for children. According to Demographic Research: “[W]ith data from 17 countries from the Generations and Gender survey, we found that parental divorce had a larger impact than parental death” when it comes to the educational attainment of children.

Consider that for a moment: Divorce has a worse impact on the educational attainment than parental death. So much for the comforting lie that children simply want their parents to be happy—a flexible and often deceiving word. For the most part—with the obvious exceptions—children want their parents to be together so that they can live in a natural family.

Children from divorced homes suffer academically. They experience high levels of behavioral problems. Their grades suffer, and they are less likely to graduate from high school.

Kids whose parents divorce are substantially more likely to be incarcerated for committing a crime as a juvenile.

Because the custodial parent’s income drops substantially after a divorce, children in divorced homes are almost five times more likely to live in poverty than are children with married parents.

Teens from divorced homes are much more likely to engage in drug and alcohol use, as well as sexual intercourse, than are those from intact families.

Children of divorced parents suffer more frequently from symptoms of psychological distress. And the emotional scars of divorce last into adulthood.

These facts have been known for at least two generations. The new U.K. divorce laws are an attempt to mitigate the damage of marriage breakup—to remove the necessity of one of the spouses to be at fault and make the process less acrimonious. In many ways, these new laws simply recognize the new reality and seek to mitigate the fallout. But we should note them simply because the destruction of the family has become normative, and because this new norm has badly injured untold thousands of children who are denied the safety of a home with a mother and a father.

I recently completed a biography of Ted Byfield (soon to be published), who passed away at age 93 last year. During an interview about his childhood, he described to me how the divorce of his parents impacted him. It was, he said, as if his entire world had caved in on him. The only comparison he could think of that matched the trauma was the death of his wife decades later.