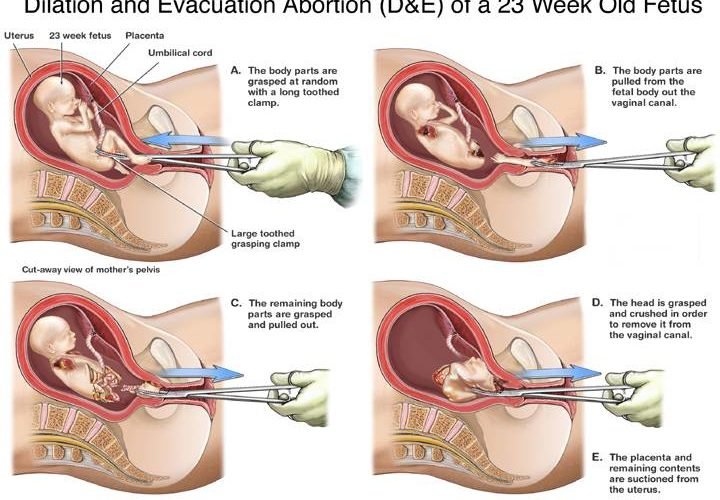 July 12, 2018 (LifeSiteNews) – Because she apparently didn’t learn her lesson last year, libertarian pundit Tomi Lahren is back in the news with more shallow and factually-challenged arguments that keeping Roe v. Wade is somehow the “constitutional conservative” thing to do. Lahren’s comments have been thoroughly, rightly ridiculed and dismantled all throughout the blogosphere, so we needn’t pile on here.

That said, Lahren isn’t exactly someone who’s taken all that seriously beyond her fan base, and pro-lifers shouldn’t be so fixated on a provocateur’s foolishness that we overlook more damaging falsehoods from figures of far greater influence.

Responding to Lahren on Wednesday, National Review senior editor Jonah Goldberg suggested that Lahren’s position wasn’t the problem; merely how she expressed it. “Honestly, I think you can support abortion and still be a conservative,” he tweeted. “I just have a problem when you’re stupid about it or use left wing arguments for it — or both.”

Honestly, I think you can support abortion and still be a conservative. I just have a problem when you’re stupid about it or use left wing arguments for it — or both. https://t.co/tiJ32S3GEW

Let’s be clear: legal abortion is at least as repugnant to conservative principles as any other proposition Goldberg or his colleagues have ever attempted to read out of the movement.

Finding a universally-accepted definition for a political philosophy can be tricky business, but most conservatives would agree that if nothing else, American conservatism is about conserving the principles of the American Founding. And while there’s naturally debate on how exactly to apply some of those principles, it’s pretty safe to say that the Declaration of Independence is essential.

It establishes that the core purpose of government is to secure the unalienable rights God has equally endowed on every human being – and among those rights, “life” is the first one listed. It’s the obvious prerequisite to exercising any of the other freedoms for which conservatism stands.

If you accept the Declaration’s premises, the only question remaining is one of fact, not philosophy: are the preborn the same kind of “life” Thomas Jefferson was writing about? The inarguable answer is yes.

According to all the established criteria of modern biology, a whole, distinct, living human exists once fertilization has occurred. To quote Goldberg’s National Review colleague Ramesh Ponnuru, from his 2006 book The Party of Death:

The formation of the embryo marks the beginning of a new human life: a new and complete organism that belongs to the human species. Embryology textbooks say so, with no glimmer of uncertainty or ambiguity […] At each of our earlier stages of life, we have been, as we are now, whole living members of the species Homo sapiens. Honest and clear-eyed supporters of [liberal legal theorist Robert] Dworkin’s “choices for death” do not deny the biological facts. Rather, they argue that making choices to kill human beings, and allowing people to make these choices, can be justified.

As for pro-abortion counter-arguments, atheists deny human life has innate value or spiritual content prior to consciousness, “religious” pro-aborts falsely claim God is silent on the question, and radicals insist that none of the above outweighs “bodily autonomy.” Pro-lifers have extensively refuted all of them, but the arguments all have something else in common besides being wrong: they all rest on premises utterly foreign to conservatism.

Again, the divine value of human life is baked into the Declaration’s starting premise. John Locke is even more explicit about it: we are “all the workmanship of one omnipotent, and infinitely wise maker,” and as such are “made to last during his, not one another's pleasure” (what all this means for atheist/agnostic conservatives is a question for another day, but suffice to say that conservatives are supposed to see human rights as non-negotiable, whatever their source).

The idea that “bodily autonomy” entails a right to abort is similarly alien to conservative thought. It has no basis in America’s legal history from before the Founding through the Fourteenth Amendment, and is awfully hard to square with Locke’s conclusion that “all parents were, by the law of nature, under an obligation to preserve, nourish, and educate the children they had begotten.”

Ironically, Goldberg and Lahren seem to have both committed the same fallacy: confusing libertarianism for conservatism. While the two movements have plenty of economic and governmental common ground, libertarianism is at best a selective and fatally incomplete take on our founding principles, and elevating it has caused more than a few headaches for the Right.

“Pro-abortion conservative” is every bit as oxymoronic as “pro-socialism conservative.” And while Tomi Lahren sowing confusion about the law is bad, reinforcing incoherence on the underlying principles is far more dangerous.