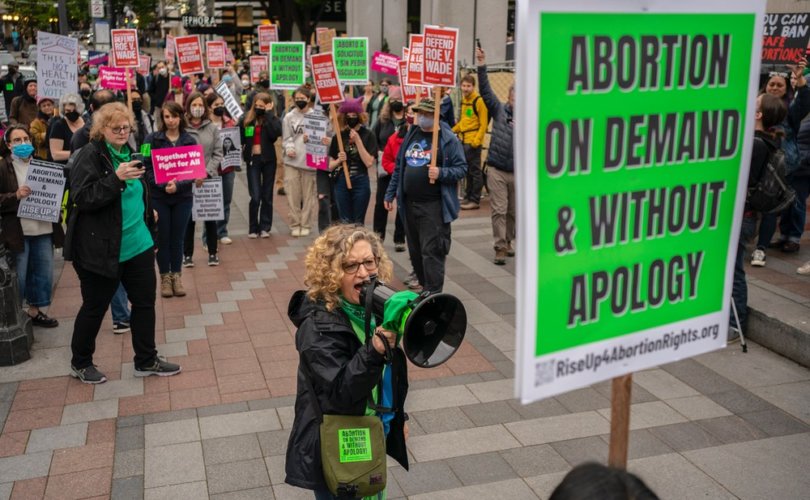 (LifeSiteNews) – Since the fall of Roe v. Wade on June 24, the mainstream press has offered up a nonstop stream of nightmare scenarios that they claim will result from pro-life laws in red states across America. As I noted in this space back in May, one of their favorite accusations is that women who suffer miscarriages will be charged with murder under the suspicion that the natural deaths of their pre-born children were actually a result of abortions. To validate this claim, stories from Latin American countries where abortion is illegal are posited as proof.

Over the coming months and years, we are going to see a torrent of these stories put forward as fact by abortion activists and journalists (I repeat myself). To undermine support for pro-life laws, abortion activists seek out hard cases and complicated situations, and then brazenly lie to the public about what actually occurred. This is how abortion activists persuaded a majority of the Irish people to vote against the 8th Amendment—by insisting that the law had resulted in the death of Savita Halapannavar, an egregious lie that nonetheless had the desired effect. This is what abortion activists are doing in developing countries around the world as we speak.

I want to urge pro-lifers to be cautious when abortion activists make shocking and at times horrifying claims. In many, if not most cases, they will be lying for the express purpose of decreasing support for protections for children in the womb. They are fundamentally untrustworthy. Those willing to kill babies in the womb will not hesitate to lie for the cause.

A recent case in point would be the tragic story of 21-year-old Lesly Ramirez in El Salvador, who was recently sentenced to fifty years in prison. According to the activists at the Citizen Group for the Decriminalization of Abortion, who defended her in court, Ramirez suffered a miscarriage at five months on June 17, 2020. Abortion activists around the world promoted the story as an example of the extreme cruelty of pro-life laws; pro-abortion protestors rallied in favor of her cause.

But Lesly Ramirez was not sentenced to prison on a simple suspicion that the miscarriage had been an abortion, which is illegal in El Salvador. Ramirez was prosecuted and convicted of giving birth to a baby girl and then stabbing her in the neck six times. (Her attorneys plan to appeal her conviction).

The Daily Mail reported that at “least four women are imprisoned and another five have been charged in El Salvador in Cases similar to Ramirez’s, according to the Citizen Group for the Decriminalization of Abortion.” But as Salvadoran psychiatrist and former director general of the Dr. Robert Masferrer Institute of Forensic Medisine of El Salvador, Dr. José Miguel Fortín-Magaña Leiva has pointed out, this “is totally false.”

The media loves to run with these stories to assist abortion activists in their relentless crusades to eliminate protections for pre-born children. These lies, as the saying going, get halfway around the world before the truth has a chance to get its pants on—and we are about to be inundated by such stories, day in, day out. We should be prepared to answer.