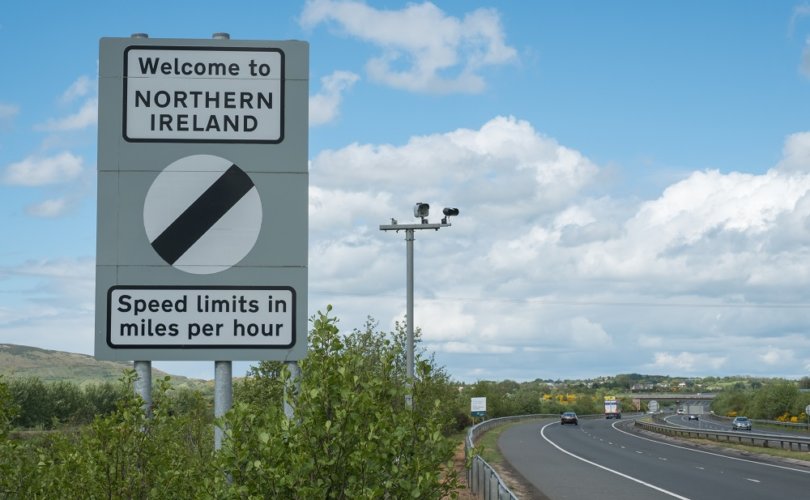 (LifeSiteNews) — On Thursday, March 24, the Abortion Services (Safe Access Zones) Bill passed the Final Stage of the Northern Ireland Assembly on a vote of 55 to 29 and will become law once it receives Royal Assent. Introduced by Green Party leader Claire Bailey on September 13, 2021, the “buffer zone” law makes it a criminal offense for pro-life people to offer abortion-minded women alternatives within certain “safe access zones,” with fines of up to £2500 simply for praying, holding a sign, or otherwise “influencing” women heading into an abortion clinic. Abortion supporters cheered after the bill passed.

Abortion was imposed on Northern Ireland by Westminster in 2020, and the Abortion (Northern Ireland) Regulations 2020 instituted a liberal new abortion regime permitting abortion for any reason up to 12 weeks (four months) of pregnancy, and up to 24 weeks (several weeks past the preborn child’s viability) for loosely defined risk to a mother’s physical or mental health, and until birth for “fetal abnormality.” In other words, imperfect children can be killed at full term. Pro-lifers condemned the imposition of a new abortion regime from London as a diktat “without the consent of the people of Northern Ireland.”

The Abortion Services Act also appears to lack the consent of the people. According to Right to Life UK, a public consultation on the Act resulted in a mere 13 out of 6,412 people expressing support. Others also spoke out, including a woman named Alina Dulgheriu, who said she’d been approached outside an abortion clinic when she was pregnant with her daughter. Scared, unemployed, and single, she’d decided abortion was her best option — until she was offered alternatives by a pro-lifer.

“The funny thing is, the voices of women like me rarely get a chance to be heard in relation to what would actually help us. If the politicians at Stormont asked us if this legislation would actually help us, I think they would be very surprised at our answer,” she said. “That bill, designed to prevent us from hearing about offers of support to continue our pregnancies, will shut down options open to women who find themselves in crisis. Such legislation would have been detrimental to the course of my life.”

Right to Life UK’s Catherine Robinson condemned the bill, telling the Catholic News Agency that: “It is under the pretence of liberty and choice that women are being stripped of the ability to access support provided by peaceful pro-life volunteers … The result of today’s vote is disappointing, not least because it is so blatantly contrary to what the Northern Ireland public wants.”

The pro-life organization Precious Life is also opposing the law, and plans to launch a legal challenge to the legislation. “The passing of this draconian and oppressive bill now criminalizes innocent women and men who hold peaceful pro-life vigils outside abortion centres in Northern Ireland,” PL said in a statement. “But we will not let this discriminatory legislation go unchallenged. It denies people their fundamental human rights to freedom of assembly and freedom of expression – both protected under Articles 10 and 11 of the Human Rights Act. It also breaks one of the of the key principles of the Good Friday Agreement, which is to uphold the right to expression of religion. Precious Life will challenge this through our local courts, the High Court, the Supreme Court, and if need be, right up to the European Court of Human Rights.”

Precious Life urged voters to remove “pro-abortion MLAs and Parties” from office during the May 5 elections and to vote exclusively for pro-life candidates while vowing that their “peaceful vigils in Northern Ireland will continue offering help and life-affirming alternatives to women outside these centres of death. We will never stop actively protecting unborn babies — when and wherever their lives are in danger of abortion.”