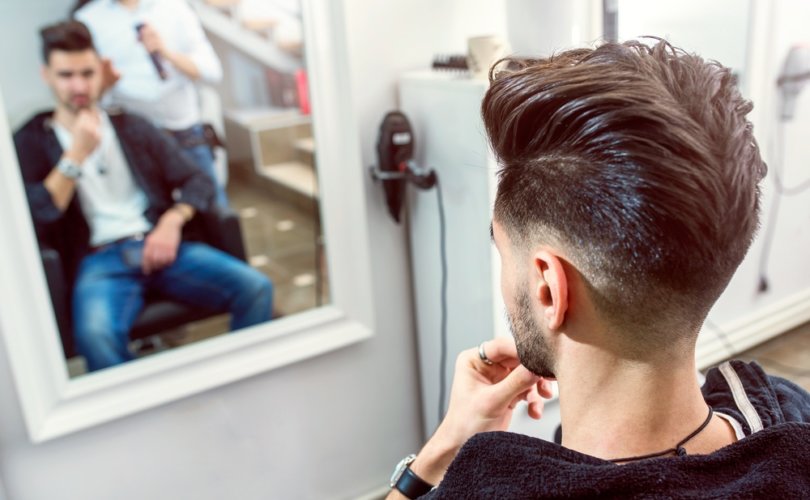 July 8, 2019 (LifeSiteNews) – If you happen to be a Canadian taxpayer, your government is using your hard-earned money for all sorts of things. We fund 100,000 domestic abortions per year, for example. Thanks to Justin Trudeau, we’re also paying another $700 million annually for abortions in developing countries, potentially including countries where abortion is illegal. Canadians also pay for the country’s widely-unwatched state broadcaster, the CBC, which has lately decided to begin promoting child drag queens. And now, it turns out, taxpayers will also be funding the purchase of breasts for biological males suffering from gender confusion.

Serina Slaunwhite, a biological male identifying as a female, was “denied breast implants in 2017 on grounds the surgery was not considered medically necessary,” according to the CBC. By “denied,” of course, they mean that the province of Nova Scotia declined to pay for the cosmetic surgery, which Slaunwhite was still perfectly free to pay for. However, Slaunwhite said that it was “unfair the province covered breast removal and masculinization surgeries for transgender men, but not augmentation for transgender women.” What’s good for the goose is good for the gander, and all that.

Since biological women identifying as male have the removal of their breasts funded by the provincial government, Slaunwhite filed a human rights complaint against the Health Department last year demanding that the province also pay for his procurement and installment of new breasts. The province predictably buckled, and has now decided to start paying for such procedures starting this month, with Nova Scotia following in the footsteps of Alberta, British Columbia, and Ontario. A healthcare professional will lay out eligibility criteria and assess applicants. If the past is any indication, that just means doing whatever they demand.

In a press release sent out by the Nova Scotia NDP, Slaunwhite mourned that, “In Nova Scotia, twice as many procedures are funded for individuals transitioning from male to female, compared to those transitioning from male to female. I know I am a woman but this is challenged daily when others react to me and how I look. Breast augmentation is a vital and final means of aligning my body with my identity.” Breast augmentation also costs several thousands of dollars, and so now the taxpayer will have to pay so that biological men like Slaunwhite can “pass” as female.

Slaunwhite’s lawyer said as much in an attempt to rebut a statement from the Health Department last year that noted that biological men attempting to transition often develop breasts through hormonal therapy, which has already been funded through provincial pharma-care programs. This, said Susanne Litke of Dalhouse Legal Aid Service, isn’t good enough, because the therapy doesn’t always result in breasts large enough to help the recipients “pass” as female, and as such breast augmentation surgeries are “medically necessary.” It is apparently a government responsibility to ensure that men identifying as women are able to alter their appearances in such a way that the general public does not immediately notice that they are, in fact, biological men.

“I can appreciate the distress transgender people can experience during the transition, and I thank those who have advocated for this change,” the ironically-titled Health and Wellness Minister Randy Delorey responded obediently. “We are now providing more support for equitable coverage for transgender women.” This, of course, is predictable, since there is scarcely a politician in all of Canada who dares to question the brand-new orthodoxies of gender fluidity, and the general respone to transgender demands is cowering, caving, and delivering whatever apologies or affirmations end up being demanded.

There’s a metaphor in there somewhere, and I’m sure it’ll come to me eventually. In the meantime, the radically post-modern and progressive agenda that Canadians are constantly told is “none of their business” is once again something that Canadians are expected to pay for. People can believe whatever they want, but these activists want far, far more than that: They want us to accept it, they want us to voice our support, and they want us to foot the bill.