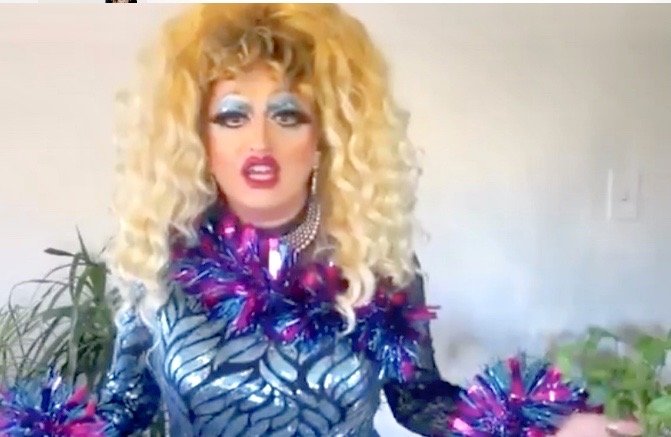 May 20, 2021 (LifeSiteNews) – “Pride Month” is approaching, and bears remembering that public cash — taxpayer dollars — are utilized to fund many of the festivities. In fact, much of the moral revolution currently queering the public square is now being paid for by the government — that is, by you, the taxpayer. There’s Drag Queen Story Hour in public libraries and, most egregiously, Canada’s state broadcaster, the CBC, pushing hyper-sexualized content on their “CBC Kids” platform — including a documentary titled “Drag Kids.”

I’ve noted before that the “drag kids” phenomenon, which has driven a debate in the United States over what conservatism has actually managed to conserve, is one of the prime indicators of cultural collapse. In record time, we’ve gotten used to children — children! — in sexualized entertainment and shows featuring alternative sexual lifestyles, androgyny, cross-dressing, and salacious dancing. And if you say any of the things I just said, you’re apparently prude. Time sure does fly.

The Public Broadcasting Service (PBS — also taxpayer-funded) is also in on the game. Mary Margaret Olohan of the Daily Caller posted a video of drag queen “Little Miss Hot Mess” singing “The Hips On the Drag Queen Go Swish Swish Swish” (to the tune of “The Wheels on the Bus Go Round and Round”) to an audience of children. It was produced with the media company WNET — and, naturally, the New York City Department of Education. Drag queens and every other imaginable form of “sexual diversity” is not just accepted, it is actually taught to children in government schools funded by parents, regardless of whether or not they’re on board with orgiastic education. The intended audience was between three and eight years old.

Drag queen Little Miss Hot Mess sings “The Hips On the Drag Queen Go Swish Swish Swish” to a virtual child audience on an episode of “Let’s Learn,” produced in partnership by WNET and the New York City Department of Education and aired on PBS. pic.twitter.com/pK9fjoOPMe

According to the Daily Caller:

“I think we might have some drag queens in training on our hands,” Little Miss Hot Mess said after dancing and singing for the virtual audience. “Being a drag queen is about being bold, shining bright, and showing a little bit of bravery, being willing to step outside the box and to dance to our own beat sometimes.”

Ask yourself why a drag queen — a performer of adult entertainment — would want to perform for children. The answer is obvious. This is inculcation into the values of a sexually revolutionary movement from the youngest ages — not only was this performance aimed at children as young as preschool, but Drag Queen Story Hour has already arrived at some daycare centers, too. The LGBT movement believes nobody is too young to start learning their values.

“I think we might have some drag queens in training on our hands,” says Little Miss Hot Mess at the conclusion of the song.

A PBS tag says the episode is intended for kids aged 3-8. pic.twitter.com/7rv4kmoZfV

The revolution, as it turns out, will not only be televised. It will also be publicly funded. Christian parents, as I’ve said in this space dozens of times, need to be carefully monitoring and researching what their children are exposed to, especially online — and especially now. They also need to take a page out of the LGBT movement’s book — we need to teach our children our values from the earliest age. The government is pouring money into teaching your kids their values. Make sure they can’t.