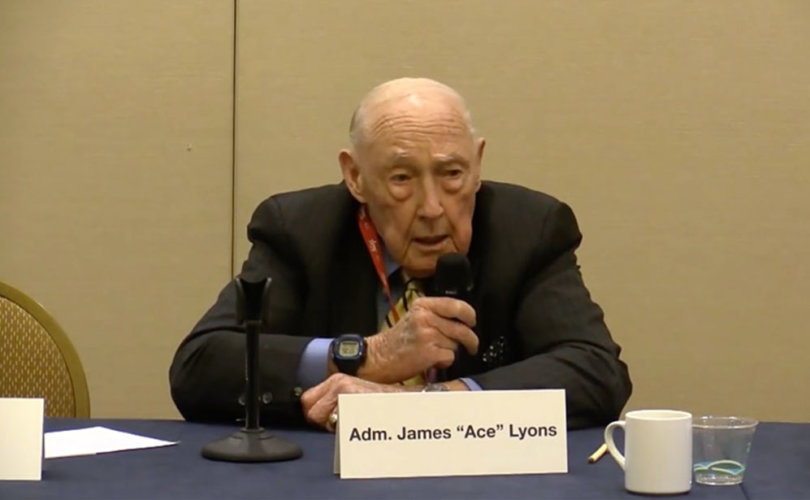 July 26, 2016 (LifeSiteNews) – Given the rapid increase in Islamist terrorism, killing of Christians and related political developments, such as President Reccep Erdogan’s campaign to remake Turkey into a dangerous Islamist state, I thought it was time to get back to posting reports on Islamist issues. (enter Islam, Islamism, Muslim into the LifeSite search for all past reports).

One thing I strongly urge is to not condemn all or even most individual Muslims. For one thing, Muslim delegates at the United Nations have been invaluable allies, strongly supporting many actions over the past several decades that successfully blocked efforts to impose anti-life and anti-family programs and laws on the world’s nations. These successes could not have happened without the full cooperation of the Muslim delegates.

There are thousands of Muslims in my own city who widely vary in their attitudes towards Christians and others who are not of their faith. I have encountered many who are excellent citizens, have adapted to our ways and are respectful, fully contributing, professional or otherwise employed, fellow workers, neighbors, and friends.

However, the majority does cause concern, especially as the number of large mosques in the community is rapidly increasing and fundamentalist imams are influencing the many thousands attending those mosques.

It is Islam and the Koran itself that are the problem. Despite Islam’s convenient, total prohibition of any questioning or objective analysis of the many contradictory and bizarre parts of the Koran's text, numerous Western Muslims who have tasted freedom are either being selective as to which parts they can accept or are even converting to Christianity.

The conversions are accelerating and it is said that millions of Muslims are doing so after encountering the Christian joy, love and true inner peace that is missing from Islam.

You don’t hear much about this major trend because of the severe penalties imposed on anyone who converts away from Islam. Muslim converts legitimately fear being murdered, even by their parents, brothers or sisters, because the Koran mandates such violence against anyone who rejects its religion of fear and its demands of full submission to laws that often defy reason or lack any true regard for the value of human life.

I’ll start with a few videos of talks given by U.S. Admiral James Lyons. This retired former head of the entire US Pacific fleet, has been compelled for several years now to warn Americans about the dangers of militant Islam and the Obama administration’s extraordinarily weak responses to Islamist violence and even its considerable military and other support for Islamists.  This has left the United States and its allies in a frighteningly vulnerable state that is opening the way to Islamist takeover of the West.

I suggest everyone must watch these videos and consider for themselves how valid the Admiral’s claims are and what must be done to protect ourselves and how to best counter these dangerous developments threatening the entire free world.

I can’t say that that the Admiral’s claims have been verified by me. Quite frankly I don’t know how that is possible, but what he says does make sense, given all that we have been witnessing for the past several years. As well, this Admiral has very high-level credibility given the huge role he has played in the US military for decades. He is clearly someone well worth listening to.

The following is the text that was published under the video on YouTube.

Retired 4-Star U.S. Navy Admiral James A. “Ace” Lyons was recently at the National Press Club. And his claims are shocking.

It appears that the Obama Regime has been FULLY infiltrated by the Muslim Brotherhood terrorism front group on every level. And that pro-radical Islam group is also in every level of U.S. security agencies. Lyons went on to say that “the transformation of America has been in full swing ever since 2008.” And when Obama campaigned on a platform to “fundamentally transform America,” Obama has done exactly that!

In addition Lyons made the important point that there is no meaningful line between Islam and radical Islam. “Islam is Islam,” he said.

Speaking about Obama’s refusal to attend the recent march in France, reportedly attended by more than 50 world leaders to condemn Islamic terrorism following the gruesome murders of cartoonists who had the audacity to lampoon Islam, Admiral Lyons said that act was a “signal to Islamic Jihadis,” and is “one of many signals he sent over the years while in office.”

“There’s no question we got a hell of a job ahead of us,” Admiral Lyons said. “With the Muslim Brotherhood penetration in every one of our national security agencies, including all our intelligence agencies,” he proclaimed. Admiral Lyons said that our “lead intelligence agency” is “headed by a Muslim convert,” a reference to Obama CIA head John Brennan. The new GOP majority in both houses of Congress were elected to “stop the transformation of America, not to see how they could work with the president.”

There has never been a more important time to support the military, as it’s clear that they have a Commander-in-Chief who doesn’t have their best  interests in mind.

The following text was posted under the video on YouTube:

CSP President and CEO Frank Gaffney leads this panel of national security experts, composed also of Former Commander of the U.S. Pacific Fleet, Admiral James “Ace” Lyons, and 20 year veteran of the Central Intelligence Agency, and VP for Research and Analysis at CSP Clare Lopez. They will analyze the grievous toll the policies of the Obama administration have taken on our nation’s defenses, and how those policies might be mitigated by the next president.