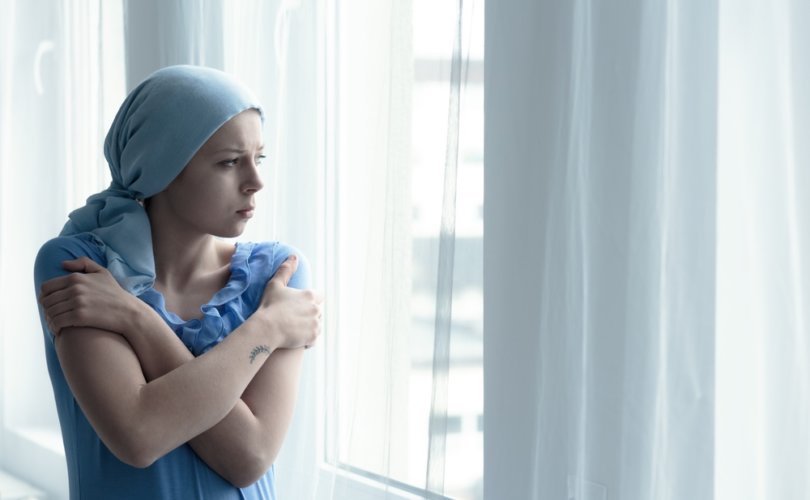 WASHINGTON, DC, February 15, 2018 (LifeSiteNews) – While many fiscal conservatives were disappointed with the massive spending bill passed by both Republican-controlled houses of Congress and signed into law by President Trump, “there was a victory, of sorts, in the bill,” says National Review’s Jay Cost: “the elimination of the Independent Payment Advisory Board (IPAB).”

Sarah Palin was roundly ridiculed by mainstream media’s pundits for coining the term “Death Panels” to describe Obamacare’s IPAB creation, and yet that was, in essence, what the IPAB would have become.

Buried deep within Obamacare is a provision that takes away health care from you and your doctors, by taking away payment for critical health care that may be needed to save your life. It is called The Independent Payment Advisory Board (IPAB).

Before the 2,700 page Obamacare bill was signed into law in 2009, House Majority Leader Nancy Pelosi famously said, “We have to pass the bill so that you can find out what is in it.”

Once Americans were able to read and understand what was in the leviathan bill, they rejected the notion of the IPAB.  The Obama Administration was so afraid of enacting the unpopular provision that the law was written to delay the start of the IPAB until after Obama’s anticipated second term had begun.

Even then, the IPAB was deemed to be so radioactive, no members were ever appointed to the board, and no meetings ever occurred.

Yet it continued to exist on the books.

Former Republican presidential hopeful and chairman and editor-in-chief of Forbes Media, Steve Forbes, writing last month at The Hill, called the IPAB “one of the most repulsive and punitive parts of ObamaCare.”

This unelected and unaccountable body has the mandate to make major changes to Medicare programs with virtually no congressional oversight. In the name of keeping costs “under control”, it can slash expenditures, which will hit seniors particularly hard. Cutting expenses here means rationing medical care.

We’ve seen in Britain and elsewhere where this leads: Patients whose illnesses could be cured or arrested and who could thereby live longer lives, could be instead be left to die. It is a particularly blood curdling form of triage. It is morally unacceptable.

IPAB was created under the belief that medical expenses can only be controlled by denying people coverage, instead of through productivity and increasing the supply of healthcare.

The American Medical Association (AMA) asserted last year, “the 15 president-appointed IPAB members would wield too much power for a panel of unelected officials and that its likely prescriptions for providing short-term dips in spending could sabotage long-term health system reform efforts already underway.”

And in a statement issued to members of Congress last year, the AMA warned, “spending cuts recommended by IPAB may be overly broad, not based on sufficient evidence, and likely to negatively impact structural health care reform.”

National Review’s Jay Cost explains how the final nails were surprisingly easily driven into IPAB’s coffin, why it deserved to die, and what would serve the country better:

This is why there was a massive, bipartisan effort to kill IPAB before it ever came into actual being. President Barack Obama appointed exactly zero members to the Board, and congressional Democrats never called for him to do so. Moreover, the House effort to repeal IPAB last year was bipartisan, with the law sponsored by Republican Phil Roe of Tennessee and Democrat Raul Ruiz of California. It passed through the lower chamber by an overwhelming 307–111 margin.

Ultimately, the failure of IPAB demonstrates a narrow point as well as a broad point. The narrow point is that, as conservatives have known for so long, the progressive faith in expertise is often misplaced. There is controversy among experts about what we should do and what we should not do with regard to health services, meaning that the chances of cutting a payment that many deem vital were high. Of course, experts are useful even when they disagree, because they can inform the debate; nevertheless, in the absence of consensus, they should not get the final say, which is effectively what the IPAB granted them.

The broad point is that institutional innovations cannot solve what is, at its core, a political problem. And make no mistake: Entitlement spending is a deeply political problem. The truth is that the United States has committed to spend substantially more on senior care than it is now prepared to pay. That means one of two things have to happen: radical changes to the social contract, or sweeping new taxes to finance the existing arrangements. This is not a problem for the experts to handle by making abstruse technocratic adjustments to complicated payment schedules. It is, rather, a problem for the people at large to confront: Higher taxes or reduced spending? Public problems such as these simply have to be handled through the “political” process, which is just another way of saying the republican tradition of campaigns, elections, and governance.