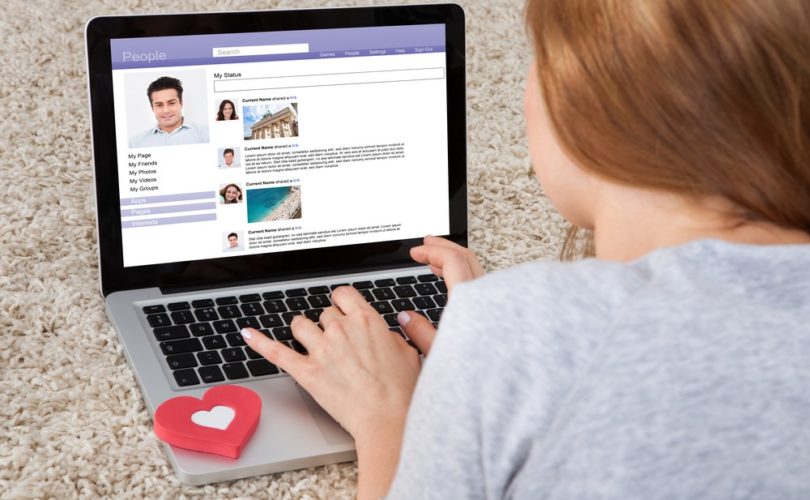 October 24, 2017 (LifeSiteNews) — Technology put an end to my days of giving dating advice on my blog Seraphic Singles. Before I hit the techno-wall, my counsels had been heavily influenced by the 1990s bestseller “The Rules.”

“The Rules” harkened back to the days of yore, when women worried about “looking cheap” because society said only women who put a high value on themselves would find a good husband. Preaching that men value only that (or she) for which (or whom) they have to strive (like a sports car), “The Rules” counseled that women not, for example, return men’s every phone call — at least not right away — for fear of looking overly available.

“But what about texts?” wailed my young blog readers, who were two or so when “The Rules” came out. “How soon after a text should I reply? And what if he texts me right back?” As I pondered how long a young woman should prudently wait before answering a young man’s instant message, I began to doubt my ability to give advice in the Internet Age.

However, I did know that some of my very devout Christian female readers were having sex. Yes, girls, I know you didn’t mean to, you didn’t plan on it, and you figured you would marry those boys anyway. Although you left gaps in your emails asking for advice, I was certainly able to read between the lines and I didn’t care for you any less. In fact, I thought of you when I read this in Mark Regnerus’ amazing, must-read book “Cheap Sex: The Transformation of Men, Marriage and Monogamy“.

… What happens among many religious Americans in their later twenties and thirties is seldom radically different from that which other Americans narrate (about their dating lives) except by degree. They want love, like nearly everyone else. They couple. Sex often follows after a (longer) period of time, a pattern which confuses them more than most, since premarital sex remains proscribed — meaning it is actively discouraged, but impossible to effectively prevent — among them.

Having read “Cheap Sex”, which offers a deeply scholarly — yet easily read — examination of the mating habits of the under-40 set in the USA, I feel like I’ve caught up on the Way Things Are Now. So with a firm hat tip to Mark Regnerus and his book, here’s why you’re not married yet.

Romantic love no longer the norm

First, you no longer need a husband to be financially comfortable, and a man no longer needs a wife for uncomplicated and socially safe sex. Therefore, the “exchange model” of marriage, in which a wife provides her husband with comfort — a clean house, clean clothes, hot meals, fun in bed; a husband gives his wife financial and emotional stability in exchange; and they give each other children, is no longer the norm for Americans under 40.

In fact, even romantic love — which implies permanence — is no longer the norm for young people in the USA. Both marriage and romantic love have been replaced by what Regnerus calls “confluent love,” which has at its heart neither “settling down” nor “starting a family” nor “happily ever after” but the goal of sexual fulfillment. In today’s mating market, sex has kicked the stuffing out of any notion self-sacrificing love.

This has come about through three technological changes:

Before the advent of the Pill — and for a few years afterward, before the implications began to reshape women’s attitude toward our hardwired role as sexual “gatekeepers” — consensual sex was hard for American men to get. Some paid prostitutes, but the average young man competed with other men for a wife, associating — as did everyone else before 1960 — unpaid sex with marriage, fertility and family life. Sex was subordinate to love, marriage and the family.

But today, with the gradual replacement of romantic love — which always had permanence as a goal — with confluent love, sex is king. Sex, says Regnerus, is now being seen as essential to the human being as edible food, potable water, air and shelter. And not just ordinary sex either: sexual tastes and expectations are being shaped by internet pornography, and increasing numbers of young women are identifying themselves as bisexual. Regnerus predicts that straight men, too, will begin experimenting more than they are with same-sex sexual activity. They won’t call themselves “gay” or participate in “gay culture,” but they will be much more willing to do things that would have made their grandfather’s vomit. (That’s my image, not Regnerus’.)

Women are the losers

Women are learning to have sex like men. But peel back the layers, and it becomes obvious that this transition is not a reflection of their power but of their subjection to men’s interests. If women were more in charge of how their relationships transpired … we would be seeing, on average, more impressive wooing efforts by men, fewer hookups, fewer premarital sexual partners, shorter cohabitations, and more marrying going on … In other words, the “price” of sex would be higher: it would cost men more to access it. Instead, none of these things are occurring. Not one.”

So what can we women do? Or — since I am married already — what can unmarried women do get married? Regnerus is a sociologist, so he doesn’t give advice. He just tells it like it is, and tries not to sound too doleful about it. He also repeats several times that he’s not nostalgic for the past.

Well, maybe he’s not. I am, and I’m only talking the 1980s, when at my Italian-Canadian dominated high school you could get called a “putana” just for open-mouthed kissing at a dance. So here are some suggestions from a married woman Culture Warrior: