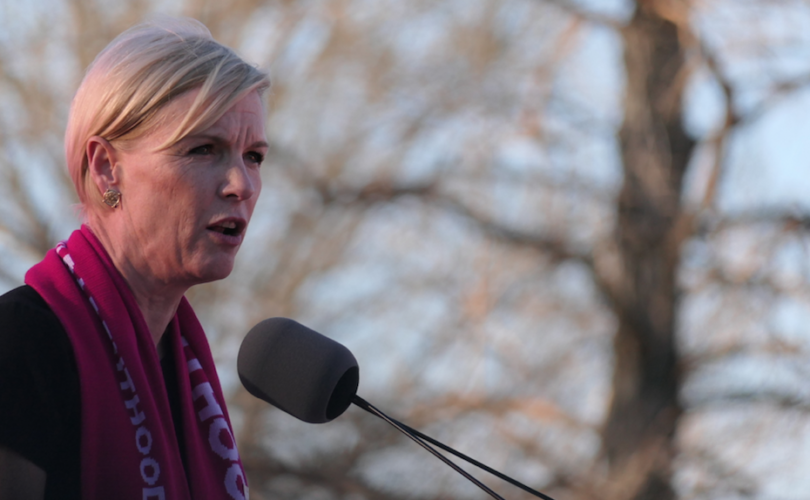 Was she forced out, or did she jump ship? Or was it something else?

Richards led the abortion organization for 12 years. The news of her resignation was first leaked to Buzzfeed in January of this year, and then confirmed a few days later – hardly a well-coordinated announcement.

There was no replacement lined up then, nor was one ready when Richards left at the end of April. For the past few months, vice president Dawn Laguens has stepped up as the abortion company’s public face. There’s no word yet on who will replace Richards and when. Planned Parenthood is heading into the 2018 midterms – into which it’s pouring $20 million – without a general.

The press has been eager to know if she’s running for office, but there have been no indications of that yet.

Despite her abrupt resignation, Richards has still been in the media promoting abortion, her new book, and progressive policies. Her biggest claim to fame is that she used to lead Planned Parenthood, and it almost seems like since leaving she’s been getting more press than her former company.

Why did Richards leave so suddenly? She could have easily promoted her book while remaining president of Planned Parenthood; she could have even folded a book tour into campaign stops alongside pro-abortion politicians.

Was there an internal dispute that forced Richards out? Public statements from her political allies wishing her well after her departure and thanking her for her leadership didn’t seem to suggest that, but that doesn’t mean it wasn’t the case.

Or does Richards know something that the rest of us don’t? Is the FBI closing in on the baby body parts trafficking industry, in which Planned Parenthood plays a vital role? Will the loss of Title X funding mean massive layoffs?

Or Richards foresee doom for legal abortion that she just doesn’t feel up to fighting? Rhetoric from the abortion industry has become increasingly frantic and apocalyptic since Trump took office.

“Quite simply, we're facing the biggest threat to reproductive health and rights in generations,” Kelley Robinson of Planned Parenthood Action Fund wrote in a June 30 email to supporters.

What a time to be leaderless.

Perhaps Richards’ successor – or continued lack thereof – will be able to provide more clues into this curious situation.