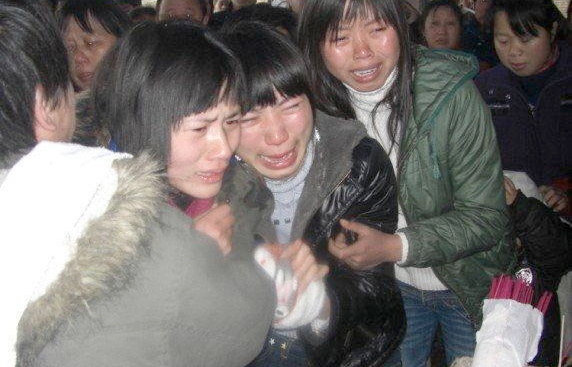 (LifeSiteNews) — In watching “One-Child Nation,” a documentary exploring the personal impact of China’s former one-child policy, I was expecting an interesting film — but what I wasn’t expecting was something far more compelling than most Hollywood dramas. The film is one of the most deeply revealing studies of institutionalized evil, and of human nature, that I’ve ever seen.

The potency of the film lies in the candid interviews that reveal how ordinary Chinese were personally damaged by, and came to terms with, the government’s iron-handed constraints on childbearing. It is a vivid examination of the devastating moral effects of both psychological manipulation and the pressure of brute force.

Many are familiar with a rough outline sketch of the notorious policy, issued in 1979, which only allowed one child per family across China, with the aim of curbing what the Chinese government saw as an urgent issue of “overpopulation.” The 2019 documentary, created by Nanfu, a current U.S. resident born and raised in China, uncovers grim details of how the policy was relentlessly promoted and ruthlessly implemented.

One of the most astounding things shown by the film is how many Chinese came to accept and support the one-child policy, even as they themselves suffered and saw others suffer terribly for it. Nanfu, who was born in 1985, began by describing how since she was a little girl she saw propaganda for the policy in the form of pictures, songs, and performances everywhere. This was often promoted through second-rate tunes, such as that sung by dancing, smiling Asian women: “We have taken the one-child policy to heart. Our lives are so great now, thanks to the Party’s foresight!”

Nanfu’s own mother, for example, appears to have entirely imbibed the government propaganda. “If it wasn’t for the one-child policy, there’d be cannibalism in China,” she told Nanfu. “If you have an apple, one child can have it all. But four kids would have to share. People used to starve to death.”

Nanfu herself used to buy into the propaganda, she admitted. She was even embarrassed in middle school for having a brother, who she explains was the result of a rural exception to the policy, which sometimes allowed for two children spaced five years apart.

Even more striking is that, as Nanfu notes, not only did her family fail to question the policy itself — they failed to question its cruel implementation. Nanfu’s mother told how she personally witnessed many homes demolished because families refused forced sterilization. She saw their roof “ripped apart.” Officials were commanded to either destroy homes or take possessions if Chinese women refused sterilization.

And yet Nanfu’s mother defended the policy: “While it’s cruel to demolish people’s homes, it’s a necessary measure since everyone wants to have more children,” she said.

Unwilling to suffer themselves for disobeying government orders, the moral compass of the government officials and many on-ground Chinese was effectively neutralized.

This was most powerfully demonstrated by the story of a family planning official, Shuqin Jiang, charged with carrying out abortions and sterilizations, including forcibly. She told Nanfu how when she first started carrying out forced abortions at age 19, she thought it was “an atrocity.”

“I wanted to quit several times. But the leader said to me, it’s national policy, and as a party member, the more challenging the job, the more determined you should be to take it on.”

And so despite her initial repugnance, and despite the manifest trauma of these women who during abortions “would cry, curse, fight, go insane,” Jiang came to fully embrace her role.

“I had to put the national interest above my personal feelings. It was like fighting a war. Death is inevitable. We were fighting a population war,” Jiang said, parroting the propaganda slogan of the Chinese government.

By stunning contrast, another former abortionist, Huaru Yuan, who also served as a midwife, confessed to Nanfu that she had indeed committed evil and that she has since been seeking to make reparation for it.

Yuan, 84 years old at the time of the interview, could not recount the number of births she had facilitated — but she could tell the number of abortions and sterilizations she performed: 50,000 to 60,000.

“I counted this out of guilt because I aborted and killed babies. Many I induced alive and killed. My hands trembled doing it. But I had no choice, it was the government’s policy. We didn’t make decisions. We only executed orders,” she said.

She described how “women were abducted by officials” and “tied up and dragged like pigs” to their forced abortions and sterilizations.

Now, she said, she exclusively treats infertility. She showed Nanfu rooms full of thank-you flags from people she helped have babies.

“I want to atone for my sins. For all the abortions and killings I did. What goes around comes around. There’ll be retribution for me,” she told Nanfu.

“I’ve done so many bad things in my past. While some might say that these were not bad things because it was my job, I was the one who killed. I was the executioner. I killed those babies, didn’t I? The state gave the order, but I carried it out.”

Nanfu noted how striking it was that nearly everyone she interviewed repeated the refrain that there was “no choice” in the matter of implementing the one-child policy. One can see how even as Chinese became complicit in atrocities, there was usually an acknowledgement of brutality of the policies, but without — except in a few cases — an admission of their immoral dimension.

Aside from the power of propaganda (which is enough to convince some), it is the coercive threats of the Chinese government that clinch the near-total acceptance of the policy. The will of a person is forced, and their intellect follows.

Another striking picture from the film is how the evil of the one-child policy wholly unearthed another evil and took it to its extreme.

Nanfu shows how Chinese society’s valuing of men over women manifests in small ways, citing, for example, the fact that her grandfather has taken pictures with her brother, but she herself cannot find a single photo taken with him.

The devaluing of females, however, is taken to its limits in the abandonment of baby girls. Nanfu shows through her interviews how the abandonment of baby girls, who were often left to die, was extremely common. Thus, the Chinese people have been responsible for murder, independent of government coercion, as anyone who participates in abortion is complicit in murder.

Nanfu’s uncle tells the horrifying story of how, when he gave birth to a baby girl, his own mother “threatened to kill herself and said, ‘If you keep this baby girl, I will either kill myself, or I will strangle her to death first before killing myself.”

Her uncle said, “I thought I could save her life by giving her away. But she died.” The baby girls were typically left out in baskets in public places, often in food markets.

China expanded its child limit to two children in 2016, and then three children last year, to try to reverse a steep decline in birth rates that the country has realized is harmful to its national interests. The government continues to carry out forced abortions and sterilizations, particularly against its ethnic minority Ugyhur population.

China expert Steve Mosher, who has himself personally witnessed forced abortions and sterilizations, noted, “At the same time that … they’re encouraging the Han Chinese to have two and three children, they’re forcibly aborting and sterilizing their minorities because they think they have too many children. They want to extinguish the minorities forever, that’s why they call it genocide. Forced abortion, forced sterilization, is a crime against humanity.”

“One Child Nation” does far more than confirm the brutality of the Chinese Communist Party and its long history of propaganda. It presents a stark look at our human moral vulnerability to complicity in, and even direct perpetration of evil — as well as our ability to rationalize it enough that we are able to sleep at night.

This moral fragility should be top of mind as we weigh decisions with any impact on the care of another human being, unless we, too, become complicit in evil.