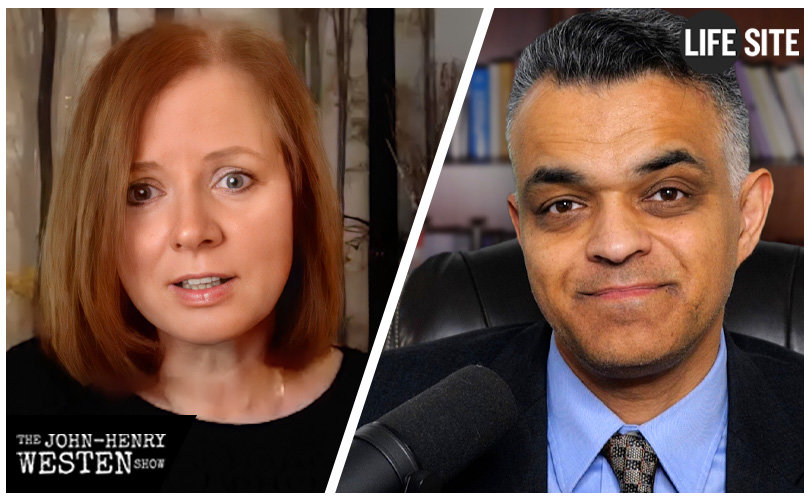 (LifeSiteNews) – A nurse was suspended without pay by a Catholic hospital for not submitting to the abortion-tainted COVID jab. Agnes Sibiga raised moral objections to the vaccine mandate but was denied religious exemption by the hospital administration who cited Pope Francis.

I spoke with Sibiga about her stance for freedom and the right to conscience, even if it meant losing her job. She told me how she was convinced not to take the injection “from the beginning” even before it was made mandatory by the hospital.

What’s even worse is that the Chief Operating Officer (COO) of this so-called Catholic hospital based the mandate and refusal of religious exemptions on the fact that Pope Francis took the jab so all of us should too.

“The biggest argument was that Pope Francis was in a way promoting it, and saying that it’s okay for us to take it,” Sibiga said.

But what about the letter from the Congregation for the Doctrine of Faith, which, though it grants moral liceity to the abortion-tainted injections and was contended by Bishop Athanasius Schneider and other faithful clergy, spoke out against mandates?

Sibiga encouraged every Catholic “to be true to themselves” and their faith, and not accept this immoral so-called vaccine and the immoral mandates for them.

I encourage everyone to contact the administration at St. Francis Memorial Hospital and communicate respectfully your views on this issue.