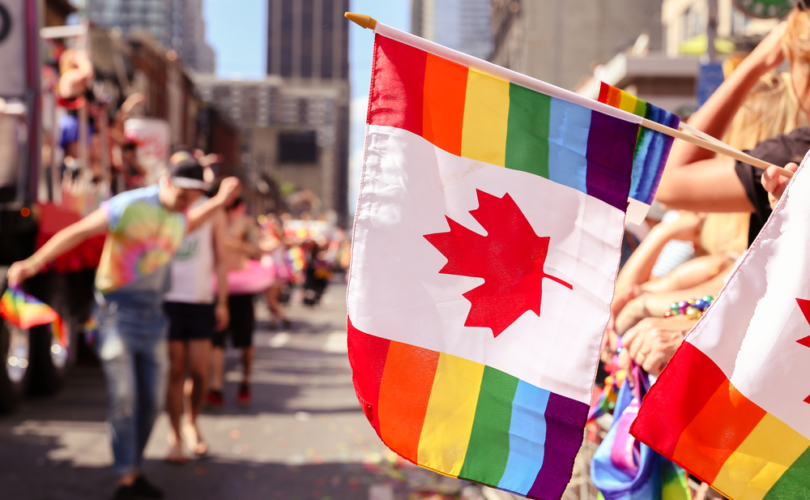 (LifeSiteNews) — In the wake of the economic crisis caused by COVID-19 and the government response to the pandemic, you’d think that there was less money for ideological pet projects. Where the Ontario government is concerned, you’d be wrong.

According to a recent announcement from the government, it is investing “more than $800,000 to develop new services and supports that respond to the distinct needs of lesbian, gay, bisexual, transgender, Two Spirit and queer (LGBT2SQ) children, youth and families in the child welfare system.” To facilitate this, the money — nearly a million dollars in taxpayer cash — is being given to the Ontario Association of Children’s Aid Societies.

Specifically, this money is intended to assist in rolling out “initiatives such as trips to inclusive and gender affirming camps for youths and expanded training for society staff that will help LGBT2SQ children and youth feel accepted and remain connected to their communities.” The Ontario government was sure to point out that this new funding was announced on the International Transgender Day of Visibility, which was founded in 2009 by a transgender activist but is now ritually recognized by world leaders from the president of the United States on down.

Jane McKenna, the Progressive Conservative Associate Minister of Children and Women’s Issues, hailed the decision as a testimony to the inclusive attitude of the Doug Ford government. “Our government recognizes more needs to be done to improve outcomes for lesbian, gay, bisexual, transgender, Two Spirit and queer children and youth in our child welfare system,” she stated. “This investment will help develop new services and supports to respond to the specific needs of LGBT2SQ children and youth in care.” One of the key goals of the funding is to help “societies build relationships with local LGBT2SQ communities and organizations,” as if that were lacking these days.

Additionally, the Ministry of Children, Community, and Social Services noted that they support the Youth-in-Transition Worker program in providing “inclusive and gender-affirming resources and supports.” Gender-affirming, of course, means affirming whatever gender identity the child happens to choose, possibly putting them on the path to puberty blockers and sex change surgeries. This is not new— children’s aid societies in Ontario are already “required to take a child’s identity characteristics, including their sexual orientation, gender identity and gender expression into account when making decisions that might affect their interests.”

What is notable about this grant is not that the provincial government is backing the LGBT agenda. That is old news — during the fight over the sex education overhaul, it became clear that the Ford government was not going to remove gender ideology and other tenets of the LGBT worldview from the curriculum (or, for that matter, even balance them.). What is notable is the extent to which our political leaders, at almost every single level of government, have completely accepted the premises of the LGBT movement. There is no question as to whether “affirming” is the right approach when it comes to gender dysphoria in children, for example. It is taken for granted.

In America and Europe, there are debates over various tenets of transgender ideology and the right response of government to the claims of this relatively new movement. In Canada, there is virtually none. Even conservative politicians and governments fall into line or flee from the subject — not because all Canadians accept transgender ideology (there are many irreligious parents who are horrified by what their children are learning), but because they do not wish to incur the wrath of the LGBT movement. There is a cost to standing on principle, and it is a cost that very few politicians are willing to pay.

In the meantime, our taxpayer dollars will contribute to an agenda that is destroying children. That is a price the politicians are willing to pay.