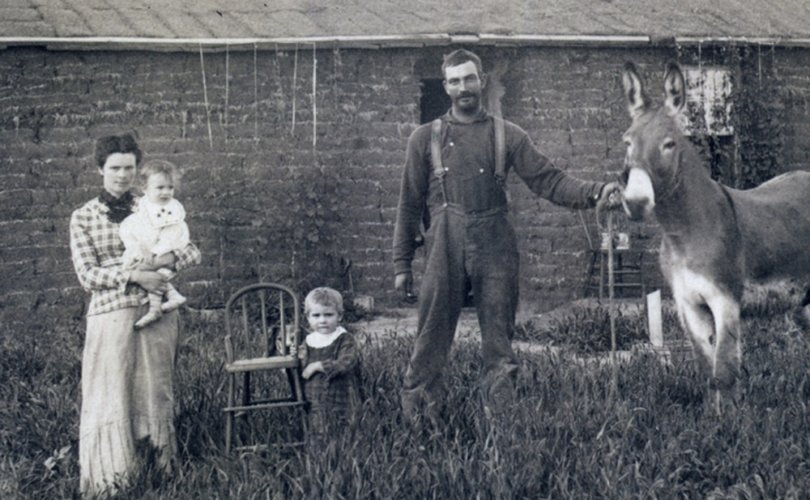 February 16, 2018 (LifeSiteNews) – Our present generation of progressives can be described in many ways, but one key characteristic that can be safely ascribed to nearly all of them is a simple one: Contempt of our ancestors.

Whether it be the statue-smashing iconoclasm gripping North America, the purging of our historical heroes as bigots who need to be posthumously repudiated by their enlightened descendants, or progressive political parties falling all over themselves to condemn the newest phobia cooked up in the gender studies departments of our ivory towers, our forefathers do not fare well.

This was, in some ways, inevitable.

The transgender craze has so recently come upon us, for example, that even some liberals were left scrambling to check their privilege and purge their vocabularies of “transphobia,” a word that many of them had only recently discovered.

Suddenly, it is no longer acceptable to refer to breastfeeding as an exclusively female activity, we are now informed—even “men” can get pregnant. (Rarely do the postmoderns bother to stop and consider what their forefathers would think of them.)

But despite all of this, recent comments by Justin Trudeau’s Minister of Foreign Affairs Chrystia Freeland managed to be savagely offensive in an entirely new way.

In a profile in Canada’s liberal arts mag The Walrus, humbly titled “Chrystia Freeland Wants to Fix the Twenty-First Century,” Freeland explained why it was better that we were moving away from our stupid and ignorant past, populated with the barely civilized idiots who were yet privileged to have more progressive progeny. “It’s important for us to remember that the arc of history is pretty positive,” she told The Walrus.

One example of this, according to Freeland? “I’m a woman. I’m a wife. I’m a mother,” she said. “One hundred years ago, I would’ve been beaten by my husband. That’s what happened to pretty much all women.”

The journalist did not record any response to this from Freeland’s husband, who presumably may have felt that the date and the arrival of feminism may have less to do with his unwillingness to beat his wife than what I would assume is his genuine love for her.

Now, I have no idea what Chrystia Freeland’s family history is like. But I certainly can speak for my own, and many other families that I know. My grandparents, who lived through World War II and are still married 71 years later, didn’t need some garbage ideology to know that doing each other violence was wrong. Neither did their parents before them, or their grandparents before them.

The beautiful stories of long, tender, and loving marriages stretching back generations have served as an inspiration for generations following. The idea that Freeland would throw out such a casual smear on the preceding generations of men who built our civilization through their blood, sweat, and tears is disgusting.

Obviously, history is populated with plenty of abusive men, as well.

History is messy and complicated, and there are good men and bad men, heroes and villains – and often people who are simply a mix of both. But the snobbery of today’s progressives—this idea that we are so much better than the men and women who went before us, that the men and women who sought to bring food and the Gospel to the utmost corners of the earth at great personal danger to themselves are somehow inferior to Trudeau and Freeland’s global abortion-peddling and cultural colonialism—is insufferable, especially in the face of the sacrifices that so many of them endured for us, their ungrateful progeny.

People like my grandparents, who left a nation devastated by war penniless—a nation liberated by courageous Canadian men, I might add—to give their children and grandchildren a future do not deserve the snobbery and aspersions that progressives like Freeland cast their way with her vile insinuations that all marriages prior to the arrival of her pet ideologies were riven with violence.

I’m frankly sick and tired of the relentless revisionism that arrogantly attempts to portray the careers of a handful of ideologues as the pinnacle of human achievement, while sneering at the accomplishments of the good men and women who built this society in the first place. I only wish that these shameless people were capable of being embarrassed when they hear their words repeated back to them.