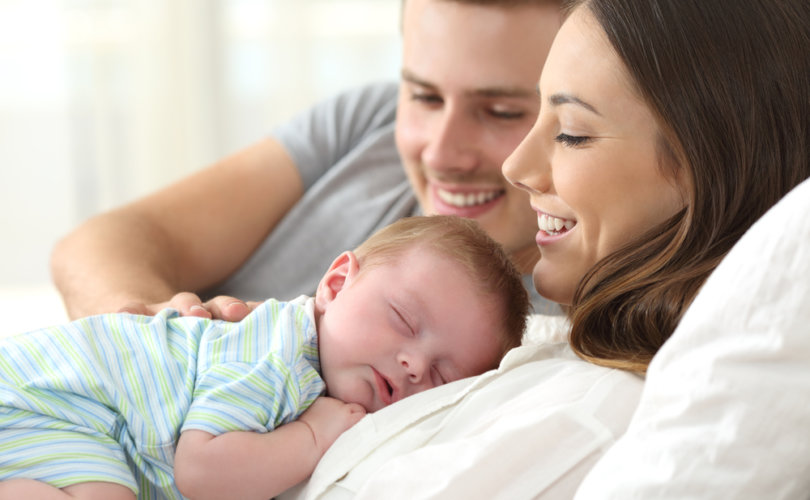 (LifeSiteNews) — If you dare to suggest, in 2022, that sex and procreation are inherently linked, you will instantly incur the wrath from all sides of the spectrum. In our post-sexual revolution culture, the procreative act is now considered to be recreational, with a battery of pills, rubbers, and other measures ensuring that no unwanted offspring arrive; if they do, there are always abortionists willing to scrape the fruit of the womb into trash cans and discard the shreds of baby flesh to ensure that the casual coitus can continue.

But our entire system of sexual liberation depends on the abortion industry. Despite the claims of feminists and their allies that contraception is the answer to unwanted pregnancy, the majority of women seeking abortions were already using some form of contraception. As it turns out, it is difficult to totally subvert the purpose of an act with pills and latex all of the time.

This is not, I’m sure you’ll agree, complicated stuff. Progressives were once suspicious of large corporations. If you’re Planned Parenthood and you’re the guarantor of sterile sex, however, you are now an “essential service” rather than a blood-glutted billionaire business.

That pretense, however, falls away when pro-life laws are passed. Then, everyone admits what this is really about. In response to legislation protecting babies in the womb in 2019, for example, actress Alyssa Milano suggested that sexual responsibility might be the only answer. In short, she suggested a sex strike, stating: “Our reproductive rights are being erased. Until women have legal control over our own bodies we just cannot risk pregnancy.” (This strike was not opposed by the pro-life movement.)

Now, men are getting in on the game, too. According to the New York Post:

Men in Texas are protesting the abortion ban by any means necessary. One urology clinic in Austin reported “about a 15% increase in scheduled vasectomies” since the law went into effect on Sept. 1, according to a new Washington Post report. The minor surgery cuts and seals the supply of sperm, thereby averting pregnancy.

Austin Urology Institute’s Dr. Koushik Shaw told WaPo that clients are telling him, “Hey, I’m actually here because some of these changes that [Texas Gov. Greg] Abbott and our legislature have passed that are really impacting our decision-making in terms of family planning.”

Shaw continued, “That was a new one for me as a reason — the first time patients are citing a state law as their motivating factor.”

“Reproductive freedom,” in short, means the right to recreational sex with reproductive organs. The contraceptive mindset has severed procreation from sex to such an extent that when abortion becomes increasingly rare — just as the feticide activists always said they wanted it to be until 15 minutes ago — feminist actresses are declaring sex strikes and men are scurrying off to get vasectomies. If an abortionist isn’t available to kill the babies that evade preventative measures, other drastic measures must be taken.

Legislation does influence behavior, and ironically, some “pro-choice” folks desperately trying to avoid pregnancy are proving that you can reverse-engineer sexual responsibility (I’m referring here to the strikes, not the sterilizations). If Roe v. Wade falls this year, I suspect we’ll see more people come to the realization that sex is not simply about recreation and pleasure. It is about so much more than that — and murdering the children that are created through the coital act has always been a wicked and brutal way of obtaining sterile sex.