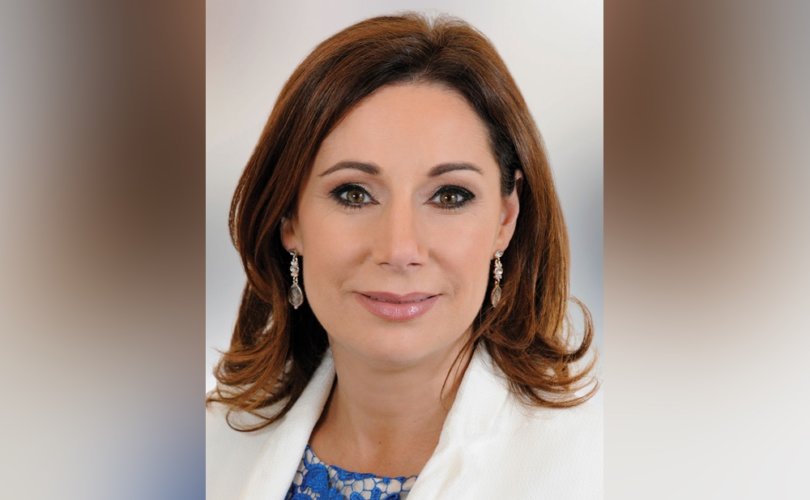 IRELAND, June 25, 2018, (LifeSiteNews) – When a priest failed to show up to say Mass this weekend, a female member of the parish — who coordinated the Government’s campaign to legalize abortion — took control of the sanctuary.

Multiple Irish news outlets are saying that Culture Minister Josepha Madigan stepped up to “say Mass,” giving the impression that anyone and everyone is eligible to conduct the sacrament, which only ordained priests, as Christ’s representatives, are able to do.

The Irish Herald reports that when no priest arrived, and parishioners waiting to fulfill their Sunday duty were left abandoned in the pews:

The Dublin Rathdown TD [akin to a member of Congress in the U.S.] offered to lead prayers in front of worshippers at the Church of St Therese in Mount Merrion.

It is understood Ms Madigan addressed the congregation from the altar, performing most elements of a normal Mass.

She did not read the Gospel or perform the consecration of the bread and wine, as these can only be carried out by a priest.

However, there was some pre-blessed bread in the church, meaning Mass-goers were able to receive communion.

There are a number of things about this story that are deeply disturbing.

First and foremost is that an abuse was committed against Our Lord at the hands of a pro-abortion feminist who took it upon herself to perform the sacred duties of a priest who has been specifically consecrated to perform such duties.

And Madigan handled the sacred body of Our Lord in the Blessed Sacrament with the blood of the innocent on her hands. She was the minister responsible for leading the charge to legalize abortion in Ireland. She co-ordinated Fine Gael's “Yes” campaign in the lead up to the recent referendum on repealing the Eighth Amendment.

Madigan described the previous ban on abortion as “barbaric,” according to the Irish Herald report.  She also “questioned people who felt it wasn't possible to be a member of the Catholic Church and back repeal.”

In wasn’t long ago that most Catholics thought the exact opposite, deeming the act of abortion as “barbaric.”

Madigan supposedly presided over what amounted to a Communion service and presumably administered Communion, despite the fact that her recent actions indicate she might not be in a state of preparedness to even receive communion.

The next disturbing thing is the element of scandal. The public has been given the incorrect impression that conducting the sacrament of the Mass is up for grabs. The inexact wording of the headlines and lead sentences of articles using the term “saying Mass” or “reading Mass” is indicative of the Irish media’s sudden descent into cultural ignorance concerning Catholicism in the once Catholic nation.

When the richness of orthodoxy is abandoned; when the magnificent treasures of the Magisterium of the Church are left behind to collect dust as if they have no value, popular culture steps in to fill the void.  Worse, sometimes evil steps in to take its place.

We see this in the fact that in record time, Ireland became the first nation in the world to approve same-sex “marriage” by popular vote and, shortly after, voters raced to approve abortion, while limiting the human rights of unborn children.

Another disturbing thing is the pew-sitting Catholics apparently did nothing to stop this abuse from continuing, but went along with it.

Why did nobody attempt to stop this abuse?

Liberal Catholicism — which is overtaking Ireland and much of the world — is not real Catholicism.  It is something alien to the faith given to us by Christ through the apostles. It has a completely different set of beliefs.

Liberal Catholicism, in all its sickness and disorder, was on full display at the Church of St Therese in Mount Merrion.

While the beloved outward signs of the real Catholic faith may not be entirely rejected, they serve only to camouflage the intrusion of worldly, even Satanic, beliefs, lending legitimacy to that which is wholly illegitimate.

This new cultural system which is striving to establish itself as the norm of Catholicism represents the world’s “ideological colonization” of the Church about which Pope Francis spoke in a 2016 address to Polish bishops.

The Emerald Isle perhaps serves as a giant unmistakable metaphor — and as such, a neon warning sign — concerning what is happening in the Catholic Church at large.