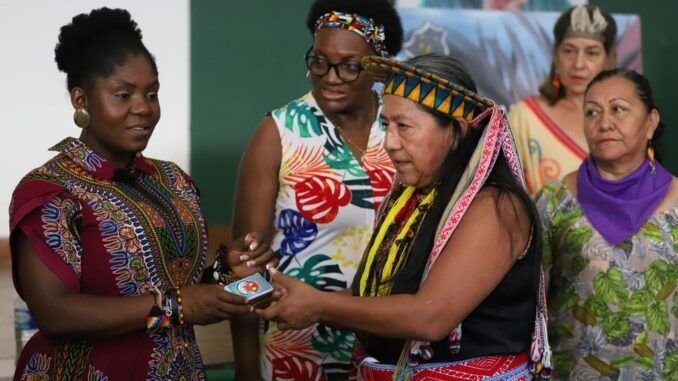 (LifeSiteNews) – Colombia is approaching a national election scheduled for May 29, and rumors have circulated that one of the most popular candidates and his running mate are involved with diabolical practices.

Gustavo Petro is a presidential candidate and is currently a member of the Senate. He was the Mayor of Bogota and leader of the Humane Colombia party. It has been alleged that he holds satanic beliefs, and that his meteoric rise in popularity is due to some preternatural help.

There is, however, no definitive proof that he is a committed satanist, although he has defended satanic-inspired art online.

When he was 17, he joined a guerrilla group called the 19th of April Movement, which was a paramilitary organization formed during a time of political turmoil preceded by fraudulent elections in the nation. The 19th of April Movement stole one of Simon Bolivar’s swords from a museum in 1974 to symbolize the revolutionary goals of the organization. Bolivar was a Freemason and anti-Catholic revolutionary in Latin America in the 19th century, from whence the name “Bolivia” comes.

Although there may not be clear proof that the claims about Petro being a satanist are true, it is verified that running mate Francia Marquez does openly practice an ancient form of diabolism.

Marquez has worked as an environmental lawyer and advocates for feminist causes.

In the following image, she is seen performing a pagan ritual to the deity Pacha Kamaq.

In the image, Marquez is captured participating in an ancient Incan ritual that has spread throughout Latin America called “Inti Raymi” or “Feast of the Sun.”

You might be thinking that the ritual looks eerily similar to what took place at the Vatican in the fall of 2019 with the Pachamama scandal.

Again, from a new book I am working on:

“The proliferation of occult images in society today has desensitized us to the appearance of a real idol like the Pachamama – a real occult image in the Vatican itself. This shows how bad things have become.”

If your instincts told you that there was a relationship between the Pachamama ritual and the Pacha Kamaq ritual performed by Marquez, then you were correct.

Common with mythological histories, the story of the Pacha Kamaq cult has diverse stories. However, it is clear that the god was viewed as a creator deity and was worshipped in the form of a wooden statue, just like the wooden statues of the Pachamama idol that paraded throughout Rome in 2019.

Pacha Kamaq and Pachamama were apparently married, and it is said that Pacha Kamaq was angry at the first woman he created because she cursed him for forgetting to provide her with food, so he killed her firstborn son and cut his corpse into pieces, which became fruit and vegetable plants.

Then, apparently, the second son of the woman he created called Wichama – who is known as the god of death – took revenge against Pacha Kamaq and drove the deity into the sea. This was followed by him hatching three eggs from which a new human race was born.

It is also alleged that Pacha Kamaq and Wichama were half-brothers somehow.

As you can see, the story is muddled, but the cult of Pacha Kamaq is clearly diabolical.

The Holy Bible states, “For all the gods of the Gentiles are devils: but the Lord made the heavens.” (Psalm 95:5)

If we consider the muddled creation myth associated with the Pacha Kamaq cult, and that the demon-god is said to have been the “husband” of the clearly demonic Pachamama, it is doubtless that Marquez is involved in devil worship.

The ancient cults from Andes region that Marquez and the Pacha Kamaq worship hail from were known for grotesque activities like child sacrifice.

Due to the diabolism common in the pre-Christian Americas, public Inti Ryami festivals associated with Pacha Kamaq ended in 1535. Colombia is an historically Catholic nation, although it has seen a decline in devotion since the Second Vatican Council.

It could be that the religious vacuum left open in Colombian public life may soon be filled by the influence of heads of state who defend and practice diabolical rituals.