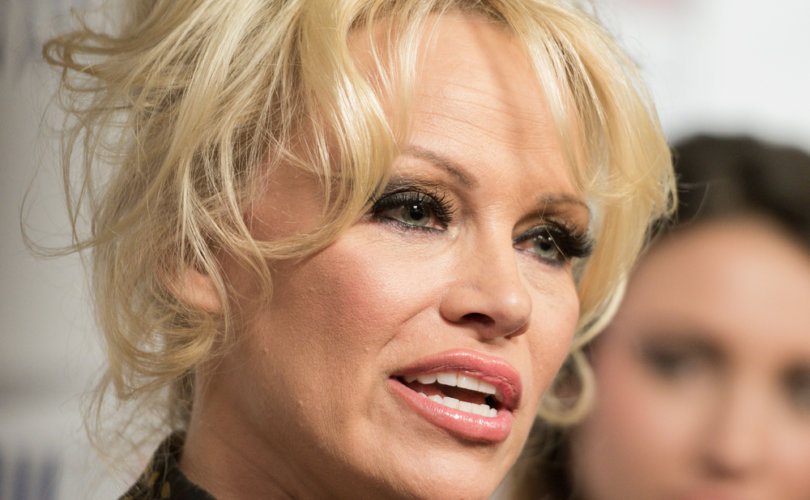 HOLLYWOOD, September 26, 2016 (LifeSiteNews) – When Pamela Anderson wrote an op-ed bashing pornography just months after posing for “Playboy,” some of us were skeptical. Today, unfortunately, she’s proven our skepticism was well-founded.

In an interview with “Dazed” magazine, she says she wants to fight pornography…by writing erotica.

Sometimes, even I’m surprised by my accuracy – although it was books instead of videos. (I didn’t know that she tried this route in 2005, when she released the sexy novel Star, ghostwritten by Eric Shaw Quinn.) Writing, or directing, is the natural next step for starlets of a certain age. At 49 years old, even Pam Anderson brings new meaning to “Fifty Shades of Grey.”

Consider this proof that it never hurts to be too cynical about Hollywood (or Washington).

But she’s not content to defend stories that appeal to the prurient interest. She goes on to say that she has no moral qualms with softcore photography, like the kind that made her famous.

“I started appreciating all the nude pictures of women on the walls and I thought, ‘They’re so beautiful – what is wrong with this? There’s nothing wrong with it,’” she says. Well, actually, as I wrote last month:

I flipped the script [on her attackers]…When I started posing for “Playboy” and doing things in L.A., I realized I was living my own life. It was really empowering for me to be that girl. I was always so painfully shy, and when I could break through that, it was just like, freedom. Then you couldn’t stop me from walking down the street naked!

Even today, she says, “I really miss the ‘Playboy’ days.” “It was my university: sex, art, philanthropy, and just being around really talented, wonderful people…It’s hard for me to stay in a relationship that isn’t like what I experienced at ‘Playboy.’”

It’s easy to see how someone who was subjected to the years of harrowing abuse and chaos that Anderson endured would see the ability to choose when people ogle her body as a form of control and normalcy. But it’s a long way from flipping the script. Actually, it’s the rote formula of Act Two.

Somehow the modern feminist movement has transformed the victims’ coping mechanisms into a rite of passage. So-called “sex-positive feminism” celebrates promiscuity and decries “slut-shaming,” saying these liberated women are taking control of their sex lives. They consider becoming sexually adventurous and aggressive (and infected) as striking a blow for equality, righting the scales of injustice rigged by a cultural double standard.

But it’s really just the flip-side of the hypersexuality produced by the predators. The abuse sexualizes every relationship and activity, including those that people should be able to enjoy free and untouched by lust. The resulting loss of innocence destroys every asexual sphere of life.

By writing sexually charged novels that contribute to this process, Pam Anderson isn’t breaking the cycle of sexual abuse. She’s just moved on to the next stage.

As I wrote at the time, we continue to pray for Pam’s pivot from “Playboy” to purity.