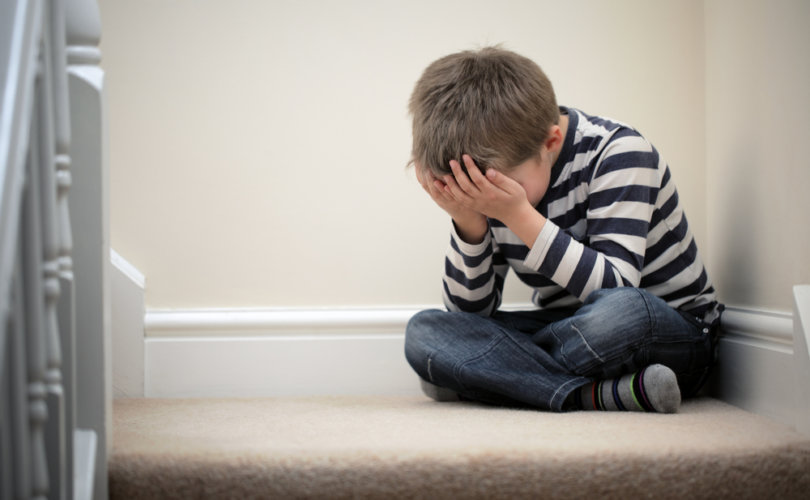 February 22, 2019 (LifeSiteNews) – Imagine the following scenario. You are a happy boy, growing up in a middle-class home with your two siblings. You enjoy playing outdoors with them, school is going well, and you think the world of your parents. Your dad is your hero, and you love your mom more than anyone in the world.

But one day, you Google your family’s name for a school assignment. Your teacher has assigned the class a project that has each student researching their family tree. And that is when you discover a series of news articles that appear to discuss your family. It seems a man and a woman with the same names as your father and your mother sued an abortion clinic after giving birth to a baby they had tried, unsuccessfully, to abort.

The articles mention that there were already two children in the family, and it was the third baby they had tried to get rid of. With horror, you try to fight off an inescapable realization: You are the third and youngest child. If the parents in the articles are your parents, it means they traveled more than 700 miles from your home in Idaho to New Mexico to get an abortion. What is an abortion? You Google the word, and horrifying pictures of bloody, broken babies show up on the screen. The pictures blur as you sit and stare until your eyes water.

As unlikely as that story might sound, it may one day be true. Multiple media outlets reported this week that Bianca Coons and Cristobal Ruiz traveled from Idaho to the Planned Parenthood in Albuquerque in February 2016 when they discovered they were expecting their third child. They decided they could not afford another baby, and so they headed to New Mexico where they could escape the mandated waiting period in their home state that would have resulted in the baby being further along at the time of the abortion. Coons and Ruiz now claim they used all of their remaining resources to pay for the trip and the abortion, which cost $400.

The abortion failed, and their little son is now two-years-old. We know this because Coons and Ruiz are suing Planned Parenthood for failing to abort their baby boy, demanding that the abortion organization pay for the cost of raising him because “medical negligence” resulted in him being born alive in the first place. Additionally, they are suing for breach of contract—after all, they paid Planned Parenthood to kill him, and uncharacteristically, Planned Parenthood failed. The abortion clinic had offered them a medication abortion, and Coons had taken one pill at the clinic and one a day later. The first pill caused extreme dizziness and nausea.

But when Coons checked into a local emergency room back in Boise, Idaho, the physicians there told the dismayed mother that her baby was perfectly healthy despite having taken the first pill. The Planned Parenthood staff advised her to take the second pill, anyway. Perhaps that would kill the baby. But no such luck: Another round of blood work indicated that Coons’ son was a fighter, and he was still alive and well despite the best efforts of his parents and the abortion clinic staff. Coons and Ruiz felt betrayed. This, after all, was not what they had paid for.

Planned Parenthood offered her a follow-up abortion back in New Mexico, but the little boy’s parents couldn’t afford to go back and try again, and they said they couldn’t afford a home-turf abortion in Idaho, either. And so Coons reluctantly gave birth, and the couple is now suing Planned Parenthood for $765,000 for the cost of raising “an additional unplanned child.” The lawsuit states that, “the defendant’s failure to properly supervise and administer the abortion service directly resulted in the failure of the pregnancy termination which resulted in injury to plaintiffs’ interests in family planning and their interests in financial planning for the future of their family.”

Someday, this toddler will grow up. Someday, he will find out that his parents tried to abort him, and then resented raising him so much after that failed that they sued the abortion clinic that had failed to kill him for the cost of his life with them. When he does, he will be devastated. He will realize that his parents are sick people, that this is a sick culture, and that legal abortion has poisoned everything. That realization will be gut-wrenching, just as it has for each of us who have confronted this awful reality in one way or another in this growing culture of death.