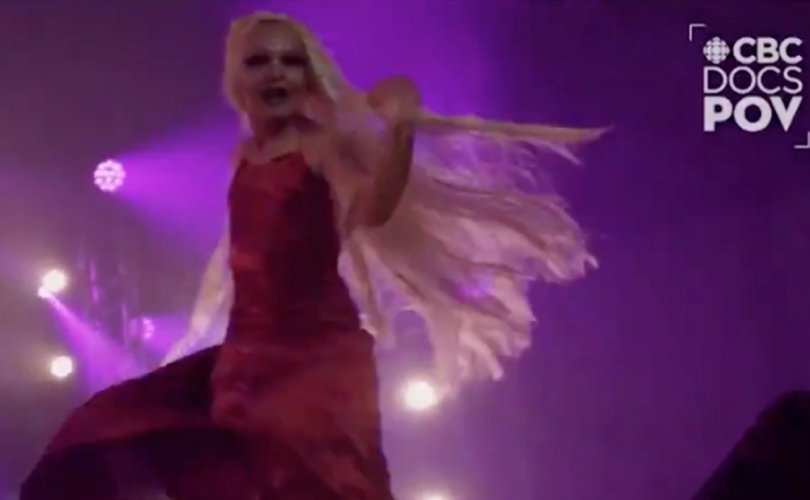 October 9, 2019 (LifeSiteNews) – Back in June, Matt Walsh of the Daily Wire wrote a savage column titled “Now the Left is Normalizing Pedophilia Right in Front of Our Eyes.” The growing phenomenon of so-called “drag kids,” he pointed out, is normalizing the sexualization of children, with “the ‘drag kid’ who posed with a naked man, and the ‘drag kid’ who danced at a gay bar while men tossed money at him” being two of many prominent examples. Most recently, one of the drag queens at Drag Queen Story Hour performed a stripping dance for children. Yeah, you read that right.

Walsh, of course, received immediate pushback, with some progressives even accusing conservatives who had the gall to condemn this public grooming of being the weird ones. There’s nothing sexual about this at all, they lied, and thus anyone who sees something sexual about stripper dances, posing with naked adults, and gyrating in outfits modeled after sexually provocative adult clothing is the one who should be ashamed for even thinking that this is inappropriate. It doesn’t matter how obviously grotesque the displays get—progressives will defend them. They’re all in, and they’re betting the kids.

It gets worse. Two days ago, I spotted a tweet from renowned radical feminist Julie Bindel, who has recently found herself a constant target of transgender activists for her refusal to cede the word “woman” to biological men (Bindel has not only received threats of physical violence, but trans activists—biological men—have swarmed her recent events). Bindel had posted an article titled “Desmond is truly amazing—and hot!” with the comment, “Here is the founder of the Paedophile Information Exchange Tom O’Carroll (who I interviewed 4 years ago—he made my blood run cold) celebrating child drag acts.”

Desmond, for those of you who don’t recall, is an 11-year-old child drag queen, and his performances are all the rage in the LGBT community at the moment. Tom O’Carroll is a British pro-pedophilia advocate, who was convicted and imprisoned for distribution of child pornography as well as multiple sexual offenses against children. His 1980 book Paedophilia: The Radical Case argues that adult-child sexual relationships should be normalized, and describes his own sexual experiences with children.

Pedophilia, O’Carroll says (and he has had support from GLBT pioneers like Richard Green), is an orientation like gay or straight, and thus there are no moral grounds for preventing people like him from finding sexual fulfillment. “I am not interested in why I am a paedophile,” he wrote, “any more than others are interested in why they are ‘normal.’”

I’m not going to link to his disgusting blog, but here is how O’Carroll—who, again, has been advocating for the normalization of child-adult sexual relationships for decades—sees the drag kid phenomenon:

Let’s face it, when a pretty young boy tells the world he is gay and dances sensuously in front of grown men, wearing vampish dresses and makeup; when “she” strips off items of clothing or goes on stage scantily clad right from the off; when dollar bills are accepted as “tips” from an audience apparently wild with excitement; when all this is going on we are getting far more than just a celebration of gender diversity or an innocent display of precocious performance talent.

And that’s great. It is wonderful that a rare niche has been found in the modern, developed world within which at least a few kids can truly be themselves, in ways that deny neither their gender feelings nor their sexuality. Being a drag queen, or a drag princess if you will, puts it right out there, in the open for all to see. It says, loud and proud, “I am a sexy kid, with sexy feelings. It’s totally cool for grown-ups to get turned on by me. I love it. That’s why I do this stuff. It’s great. It’s fun. It’s me!”

It isn’t just conservatives who recognize these drag performances for what they are. Chillingly, pedophilia advocates do as well. In fact, O’Carroll goes so far as to call out those denying the sexual nature of these performances and points out why he believes they are doing so:

So why all the denial? Why the coy insistence that kids’ drag performance has nothing to do with their sexuality? Hypocrisy, basically. For decades now, gay politics has revolved around respectability, and that has meant aping hetero-normativity: gay couples with committed relationships, marriage, and parenthood, have become the promoted model; the old, carefree “promiscuity” of the gay life is frowned upon (if still a reality for many) and any cross-generational sexual contact with youth is now far more taboo than it ever was in the “bad old days” when homosexuality was a discretely practised underground phenomenon.

Hypocrisy is detestable for its dishonesty; but on the other hand it works. Politically, it makes sense. Denial of the sexual element in kids’ drag performances has recently resulted in them being perceived as on the “respectable” side of the gender revolution, despite all the excitable right-wing huffing and puffing. While It cannot have been much fun for the Napoles family to be subjected to official investigation for child abuse, it is now becoming clear that they have gained a measure of support from the authorities.

O’Carroll’s comments don’t need much analysis. Yes, he mocks conservatives—but that’s because he thinks we’re backwards, oppressive prudes who want to shut down events with the potential of assisting him in pushing his cause to the mainstream. In fact, he is giddy that thus far, polite society appears to be willing to let Desmond’s parents get away with enabling their son in this awful fashion. He defiantly agrees with what Matt Walsh wrote in his column a couple of months ago—but says that this is a good thing.

Walsh is right. Pedophilia is being normalized right in front of us—and that is being celebrated by activists who believe that this is a step in the right direction.

Jonathon’s new podcast, The Van Maren Show, is dedicated to telling the stories of the pro-life and pro-family movement. In his latest episode, he interviews Fr. Frank Pavone, the National Director of Priests for Life, the largest pro-life ministry in the Catholic Church. Van Maren speaks with Fr. Pavone about his experiences as a pro-life priest and leader. Fr. Pavone shares how his dedication to the pro-life movement began in high-school and continued while he was in seminary. After he was ordained a priest, he preached about abortion almost every weekend from the pulpit, leading to a profound impact on his parish. You can subscribe here and listen to the episode below: