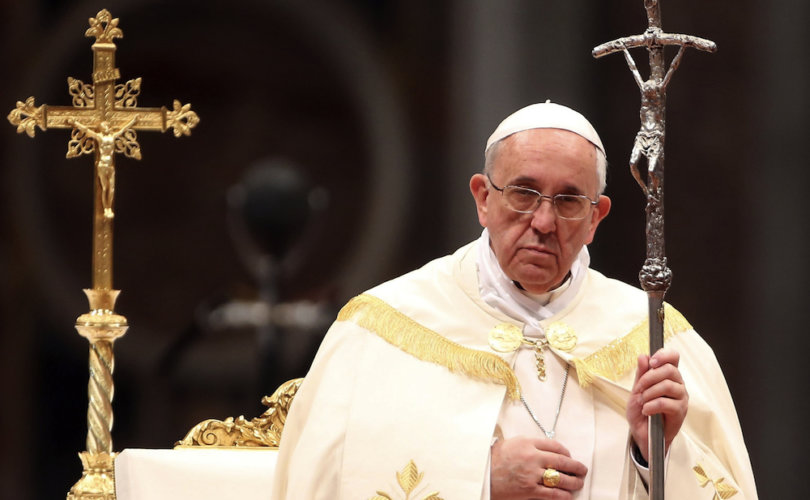 July 10, 2020 (LifeSiteNews) – While people have been distracted by the current coronacrisis or other, election-related or Black Lives Matter-related topics, Pope Francis has quietly continued to work with the Amazon bishops to implement the ideas as set forth during the October 2019 Amazon Synod. As the Peruvian Bishop David Martinez de Aguirre Guinea of Puerto Maldonado – Vice-President of the newly established Amazon Ecclesial Conference – reveals, it was Pope Francis who in 2013 said that the Amazon region is the “testing ground” for the universal Church.

There are two new reports from The Tablet coming to us that are very important and revealing of important new facts.

First, on July 6, The Tablet reported the above-mentioned words by Pope Francis as revealed by Bishop Martinez de Aguirre Guinea. He, together with Cardinal Claudio Hummes – one of the architects of the Pan-Amazon Synod of last October – related that this new Amazon Ecclesial Conference as established this June will be different from other entities, inasmuch as “women and indigenous people” will have their own influence in it, thus reflecting the new “synodal” spirit of the Church.

And Pope Francis himself suggested this new structure, which upon his explicit request is not called an Episcopal Conference.

Stated Cardinal Hummes: “Following a suggestion from the Pope himself, this is not going to be an episcopal conference, like so many others, but what he has called the Ecclesial Conference of the Amazon Region. The reason for this is that it is meant to be an expression of the synodal nature of the Church in the region…Like the Amazon Synod, where there were bishops who had a vote, but many others, lay people, indigenous, with the right to speak, it is a Church that listens to the communities and with them looks for ways of evangelising that are incarnate and inculturated.”

Bishop Martinez de Aguirre added that this new ecclesial body is meant to be “a sort of experiment – I’m not sure if that’s the most appropriate word – for a new form of Church life, based on synodality, in which the bishop is no longer someone that leads the Church on his own, but someone who is part of the whole Church journey.”

And it is this same bishop who then revealed the words of Pope Francis in 2013 when meeting some Brazilian bishops, namely that the Amazon region is a “testing ground.” The Peruvian bishop then added: “He [Francis] thinks that the Amazon region, this Amazon Ecclesial Conference, is a testing ground …a practical application of the Second Vatican Council in this form of Church life.”

Concerning the role of women in this new ecclesial body, the prelate added that they will play a leading role, just as they do in the local parishes of the region: “This Amazon Ecclesial Conference,” he explained, “wants to be incarnate in these faces, and the face of women as protagonists in the Church is a very clearly defined face. An Amazon Ecclesial Conference in which women did not have an important part, would not be Amazonian, it would not represent that Amazonian Church.”

This new ecclesial body wishes to break “the dichotomy on which women participate up to a certain point, but then at some decision-making levels are not involved.”

In a second report on July 10, The Tablet doubles down, insisting that this new ecclesial body “consists of a broader canvas and is the first time a local church leadership body includes women and indigenous representatives.”

Mauricio Lopez – the executive secretary of the Pan-Amazon network REPAM and one of the architects of the conference – says that this new organization is a “tiny thing” but says “it points to the heart of Francis’ vision for a synodal, discerning Church,” in the words of The Tablet. Significantly, “it has also been given the level of authority possible for a local ecclesial structure.”

In other words, there is being erected an ecclesial body, where not clerics – that is to say, ordained men of the Church – rule, but a collection of churchmen together with female and male laypeople, to include indigenous people. The new body will be headed by Cardinal Claudio Hummes, assisted by Bishop David Martínez de Aguirre.

This is perfectly in accord with what Pope Francis proposed in his post-synodal exhortation Querida Amazonia. He proposed separating the priesthood from the governance in the Church, as papal ghostwriter Archbishop Victor Manuel Fernandez pointed out.

This ecclesial body, as Lopez points out, is completely new and is meant to implement the ideas of the Second Vatican Council and of Early Christianity.

This new conference is “charged with implementing the proposals of last October’s Amazon synod, which includes recommendations to ordain married men and re-institute women deacons [sic],” he added.

That is to say: the two proposals that were most contested during the Amazon Synod are still on the table.

Lopez explicitly pointed out to The Tablet that Pope Francis endorsed the Amazon Synod's final document, which both encouraged a further discussion of married priests and a female “diaconate.” During the synod, he admitted, the topic was not yet ready: “On some topics, things became so polarised that we couldn’t deliver what the Pope needed: he needed to feel consensus and there was no consensus.”

But this new body is also “preparing to examine a range of synod proposals including a university, an Amazonian liturgical rite and definitions of what is an ‘ecological sin,’” according to The Tablet. Three women will sit in this new organization, with one of them being indigenous.

For Lopez, it is about a new, diverse Church: “A different way of being the Church is starting to emerge,” The Tablet states.

It then quotes Lopez with the words: “It was immediately clear that we [at the Amazon Synod] could not abandon what was this overflowing process of desborde, in terms [of] opening a new space, in which a true, diverse Church, a more synodal vision,” would develop.

This new ecclesial body does not yet have an office and is small. But as The Tablet informs us, things are moving forward: “While the Pope and senior Vatican cardinals were involved in its establishment, the Amazon ecclesial conference is now looking for ‘canonical confirmation.’”