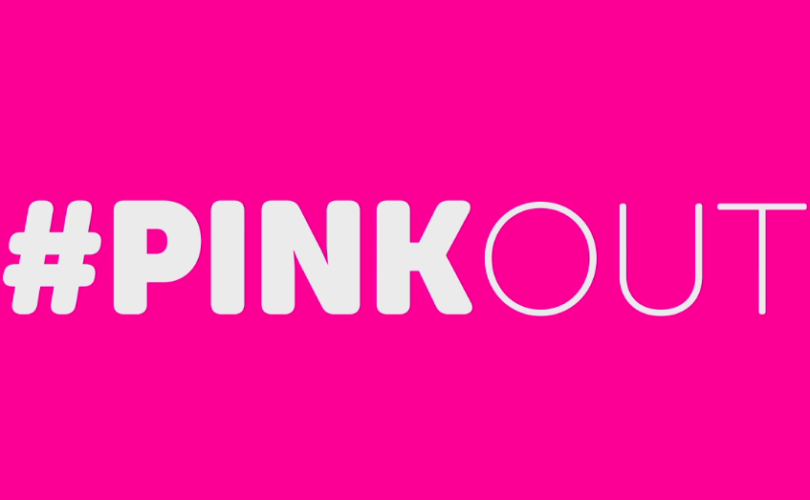 March 30, 2017 (LifeSiteNews) — Nothing says serious healthcare like a selfie-driven, news-distorting, #PinkOut day. Planned Parenthood, riding high on its massive, taxpayer-funded marketing campaigns of misinformation, is celebrating its political power on social media today. Pro-abortion Dems have sworn their allegiance to the abortion giant, promising to stand up for Planned Parenthood, no matter what. The Democrat Party’s national platform specifically makes that declaration. Apparently, Medicaid-defrauding Planned Parenthood is one form of corrupt capitalism that liberals love to celebrate.

I’m just gonna make it plain: #PinkOut is just BS (bogus stuff). Of course, Planned Parenthood knows they won’t get called out on it, because mainstream media’s got their billion-dollar back (alley). The abortion giant enjoys lots of free ad space disguised as news articles. So I’ll do the work that mainstream media is too lazy or too opposed to do: journalism.

Planned Parenthood simultaneously claims it’s not actually federally funded (merely reimbursed) yet ferociously fights to prevent defunding. Which is it Big Abortion? Of course, they claim if they’re defunded “women will have nowhere to go.” Really? Planned Parenthood serves less than 2.4% of all women ages 15-64 in the United States (and that’s only if every one of their 2.5 million “clients” is female). That number, by the way, represents 670,540 less patients per year than when current Planned Parenthood president, Cecile Richards, took over in 2006. The abortion biz increased its annual taxpayer-funding, however, from $336.7 million to $553.7 million in that same time period…an increase of $217 million for less patients! Scam. No Matter What.

“Community health centers cannot absorb Planned Parenthood’s patient base!” they cry as they provide memes and infographics that would never stand up to any real scrutiny. Guttmacher (the Planned Parenthood-spawned “research arm” that, up until several years ago, enjoyed millions of dollars in annual funding from the abortion giant) claims there are 103 counties (that’s 3.2% of all 3,146 U.S. counties, parishes and boroughs) where Planned Parenthood is allegedly the only provider of the “full range of contraceptive methods for women”. Let me just say this, Guttmacher has as much credibility as an in-house PR firm at R.J. Reynolds tobacco company.

Taxpayer-funded health centers, as identified by the federal Health Resources and Services Administration, provide comprehensive healthcare at over 10,400 sites (locate one near you here) across the country. In 2013, these centers cared for 21,726,965 patients. In 2015, that number increased significantly to 24,295,946. Funny that’s an increase of 2.5 million more patients (2,568,981) in just two years! They can’t handle more patients? Last year alone, the HRSA reported that they “increased funding for almost 430 new health center sites and increased access to care for more than 1.8 million additional patients.”

Women, men and children are served by these taxpayer-funded health centers, regardless of their ability to pay. In fact, 92.2% of those served at these facilities are at or below 200% of poverty; 70.9% are at or below 100% of poverty. The majority of patients are on Medicaid (48.9%) or are uninsured (24.4%).

Are you seeing a contrast here?

“We aim to be the largest kick-butt political organization,” declared Planned Parenthood President, Cecile Richards, in a 2008 New York Times article. That explains a lot. It certainly illuminates why they aren’t a leading women’s health provider (I mean, they have over one billion dollars in assets and won’t pay for a single mammogram machine!) It explains why they provide “judgement-free” rhetoric instead of medically-based healthcare.

Planned Parenthood’s whole “no judgement here” claim is particularly ridiculous when they promote obesity. Yes, in their latest #IDefy video promos (which defy any common sense), they tackle “fat-shaming”. The video begins: “My name is Samantha and I defy body-shaming.” The very heavy-set, young, black woman goes on to declare: “because all bodies, fat bodies, queer bodies, trans bodies, disabled bodies are all good and beautiful bodies.” Ok, first, if that disabled human being is in the womb, Planned Parenthood doesn’t think twice about aborting that ‘good and beautiful’ body. Second, what??? What real healthcare organization promotes obesity? Well, the same one that promotes all kinds of unhealthy behaviors, like telling teens that “there’s nothing bad or unhealthy about having a big number of sexual partners.”

This is why real health centers consider obesity to be a medical condition that is dangerous to the patient. According to the HRSA, they diagnosed 3.4 million people in 2015 with being overweight and obese.

When it comes to your whole health, Planned Parenthood doesn’t care, no matter what. As long as they keep making millions in profit and adding to their billion-dollar bottom line, women’s healthcare is not their priority. Miseducation is powerful. And #PinkOut is just another way for those in power to fool many into thinking they’re empowered.