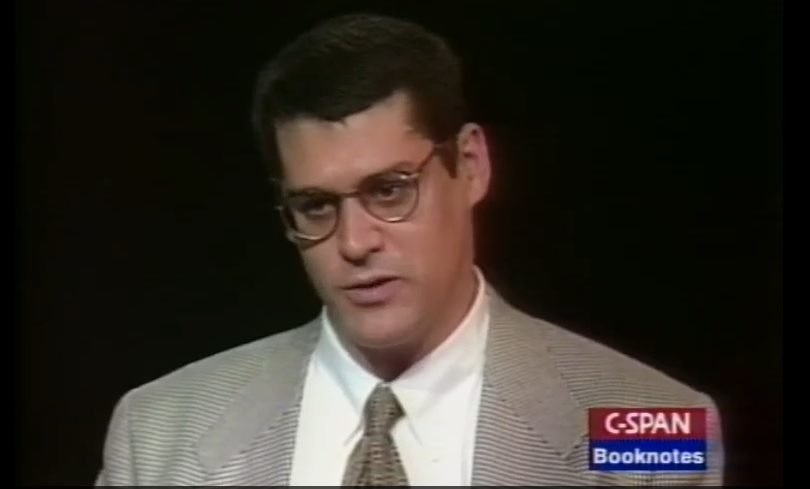 WASHINGTON, D.C., August 28, 2015 (LifeSiteNews) — When Planned Parenthood announced on Thursday that a new report cast doubt on a series of embarrassing undercover videos about trafficking in human organs, the mainstream media reported it uncritically.

A few outlets even referred to the firm that conducted the analysis, Fusion GPS, as an “independent research firm” – although Planned Parenthood paid the organization an undisclosed sum of money for its findings.

However, Fusion GPS is a Democratic-leaning political opposition research firm whose founder was once the registered lobbyist of a Middle Eastern sheikh known for burning the American flag during a time of war.

Glenn Simpson – the chief spokesman exonerating Planned Parenthood this week – has led efforts to smear a private businessman who supported traditional marriage, made allegations that led to a multi-year witch hunt against the Christian Coalition, and ginned up dubious “intelligence” as part of a sheikh's “bloodless coup” to weaken the alliance between the U.S. and his brother.

Numerous media outlets this week have noted that Glenn Simpson is a former reporter for the Wall Street Journal.

However, the Journal once denounced Fusion GPS as “Mr. Simpson's chop shop.”

After leaving the respected newspaper in March 2009, he co-founded two opposition research firms — groups that are paid by outside parties to generate negative PR against a political enemy: SNS Global and Fusion GPS.

The first of those supported a Middle Eastern sheikh known for taking an anti-American stand during the Iraq war.

The foreign lobbyist of a flag-burning sheikh

Shortly after leaving the Journal Simpson co-founded SNS Global and used his talents to help Sheikh Khalid bin Saqr Al Qasimi regain his position as the ruler of an emirate of the United Arab Emirates (Ras al-Khaimah, the nothernmost emirate).

Sheikh Khalid had served his father 37 years in government. But he led protests against the U.S. invasion of Iraq where, according to the New York Times, he burned an American flag. (Some accounts say he was present while a flag was burned.) He also reportedly allowed the local radio station to broadcast anti-American propaganda.

Since some U.S. soldiers waging Operation Iraqi Freedom operated from the UAE, the move led his father to strip him of any role in the government and instead place his younger brother, Sheikh Saud bin Saqr al Qasimi, in line for the throne.

A few years later, Sheikh Khalid decided to hire U.S. and British opposition research firms – including SNS Global – to wage a PR war against his brother. Mideastern media called this “a bloodless coup.”

As Lehane's partner, SNS pocketed $40,000, and Simpson personally registered as a lobbyist for a foreign agent in October 2009, although he said this was done merely out of an abundance of caution.

Sheikh Khalid's PR campaign claimed that he was a secular pro-Western ruler who believed in womens' rights, and that under his brother the emirate had become a close ally of Iran and a staging ground for terrorism.

Experts say Simpson's arguments on behalf of the flag-burning sheikh seem exaggerated in order to drive a wedge between America and his brother.

“There's no hard evidence that Ras al-Khaimah is a conduit for Iran or for sanctions-busting,” Christopher Davidson of Durham University said. “The real problem is jihadi extremism, not secret links with Iran or smuggling.”

Although Simpson had no difficulty promoting a Middle Eastern sheikh, he raised serious objections to conservative Christians participating in U.S. politics. His allegations spawned an investigation that crippled one of its most effective organizations.

Simpson and respected political scientist Larry Sabato investigated the Christian Coalition's voter guides for a 1996 book they co-authored. They believed that the Christian Coalition deliberately favored Republicans by substituting conflicting issues for areas where both candidates agreed. The group responded it was seeking to maximize differences between candidates in order to elect the most consistent conservative in the race.

In a 1996 C-SPAN interview, Simpson called the Christian Coalition's voter guides “one of the real pernicious developments in recent years,” adding, 'instead of distributing a few thousand of these, they distribute tens of millions of them.”

Yet Simpson went further, writing that the group's “big-donor program is shrouded in secrecy.”

The allegations proved pivotal when the Clinton administration's Federal Election Commission (FEC) filed a civil complaint against the Christian Coalition for misconduct in the 1990, 1994, and 1996 elections.

The Christian Coalition prevailed in court in 1999 with nearly all allegations being thrown out, but at the cost of hundreds of thousands of dollars. The organization was never the same again.

It was the first, but not the last time Simpson would target someone who upholds traditional values.

According to Simpson's LinkedIn page, he left SNS Global in December 2010 and co-founded Fusion GPS, becoming its CEO the next month.

Although its website provides virtually no information about its functions, it lists “strategic intelligence” and touts an experience in “politics.”

She became interested in the group when it conducted a very personal investigation into Idaho businessman Frank VanderSloot, who gave $1 million to a super PAC supporting Mitt Romney in 2012. The Obama campaign took the unusual step of publicly naming VanderSloot as a donor.

It came to light that his wife, Belinda, donated $100,000 to support California's Proposition 8, the successful measure to uphold the natural definition of marriage.

The WSJ became concerned after learning that Michael Wolf, who had worked with Democrats in the Senate, was now prying into VanderSloot's divorce records on behalf of Fusion GPS. His faxes to the courthouse said they came from “Glenn Simpson.”

Simpson refused to say who paid him to target VanderSloot's personal life but defended his firm's actions, saying, Frank VanderSloot is “a legitimate subject of public records research” because of “his own record on gay issues.”

The Obama administration then subjected VanderSloot to three audits in four months – two from the IRS and one from the Department of Labor. He had never been audited before.

The editors said the goal of such opposition research campaigns “is not to inform voters but to get donor names in order to intimidate them from participating in politics. The goal is to dispatch hired guns like Mr. Simpson on political opponents to trash their reputations.”

A gun-for-hire with a history of promoting dubious information on behalf of unsympathetic people: Such is the reputation of the “independent research firm” that vouched for Planned Parenthood on Thursday.