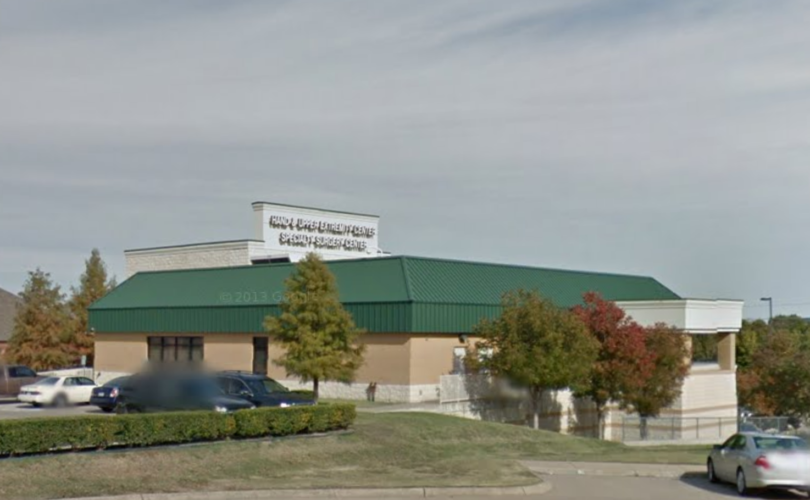 “For all that is secret will eventually be brought into the open, and everything that is concealed will be brought to light and made known to all.” Luke 8:17

We have known for years that Planned Parenthood will do anything to get into our public school system, our churches and even our neighborhoods.

They will pose as a “medical organization” instead of saying they are with Planned Parenthood. And when they want to open a new facility, they will always use a secret identity, usually in the form of a newly formed LLC.

I have always questioned the secrecy, even when I was employed at Planned Parenthood. If we were so proud of our services, then why did we work so hard to hide them?

Several weeks ago, I was contacted by an amazing pro-life group, the Catholic Prolife Committee of Dallas. They had learned some interesting and troubling news. Here is the report directly from them.

The Catholic Pro-Life Committee (CPLC) received information that Planned Parenthood applied for a license to operate an ambulatory surgical center (ASC) at 7989 West Virginia Drive, Dallas (formerly Specialty Surgical Services), across from Methodist Charlton Medical Center. The property records for this location show that the deed to the property was transferred to A Brooks Group LLC on January 30, 2014 with an appraised value of over 2.2 million dollars.

According to online corporate records, Aimee B. Boone is the sole managing member of A Brooks Group, LLC. Aimee Boone (now Aimee Boone Cunningham) is an officer of the Center for Reproductive Rights and recently served as Vice President of Development for Planned Parenthood of Greater Texas (formerly North Texas). She is the daughter of Cecilia Boone, board member of Planned Parenthood Federation of America (board chair, 2012-2013).

The first day of the peaceful prayer vigil, Planned Parenthood turned the sprinklers on the pro-life activists. No problem. It’s hot here in Texas anyway, we appreciate the cold water.

I only wish I could have been present when Planned Parenthood got the call from the first reporter. They had been exposed…and they weren’t ready.

Since the release of this new information, the Dallas pro-life community has been at work. They are already outside their new facility praying and holding signs to let the surrounding medical community know that there is an abortion clinic coming to their area.

The first day of the peaceful prayer vigil, Planned Parenthood turned the sprinklers on them. No problem. It’s hot here in Texas anyway, we appreciate the cold water.

After the sprinkler fiasco, a physician from another non-abortion providing facility came out to ask what they were doing. He was very concerned that these prayer warriors may interfere with his business. They kindly told him that they would be there EVERY DAY now that Planned Parenthood was opening an abortion facility. He said that he had an “obligation to his patients,” to which they replied, “We have an obligation to the victims of Planned Parenthood.”

I applaud CPLC for their proactive approach to this problem. The best way to keep these centers out of our communities is to expose them for what they are. They are corrupt. They are dirty. They are not the people they want as your neighbors.

CPLC is doing active community outreach to the medical professionals in the area to inform them about Planned Parenthood and their unsavory practices. They are holding community wide events in an attempt to educate those in the local community.

Here is more directly from CPLC and their director, Karen Garnett.

An initial prayer vigil will take place on Saturday, August 16, 2014 at 10 a.m. on the public right of way outside 7989 West Virginia Drive, followed by a community meeting.

Planned Parenthood currently commits abortions through the first 15 weeks of pregnancy at one location in Dallas, 7424 Greenville Avenue. The fourth provision of the new Texas law (HB 2), requiring that all abortion facilities meet the safety standards of an ambulatory surgical center, is scheduled to go into effect on September 1, 2014. There has been no visible indication that Planned Parenthood on Greenville Avenue is modifying its facility to meet these requirements. Apparently unwilling to lose its profitable 'hold' on Dallas, Planned Parenthood is reportedly planning to open this new South Dallas location — already outfitted as an ASC, where it will be able to commit abortions through five months.

'The South Dallas medical community, devoted to promoting health and saving lives, should not be forced to accept the heinous business of abortion right outside their doors, let alone through five months of pregnancy,' said Garnett. 'One has to wonder at the sad irony of pregnant mothers arriving at the nearby Methodist hospital for the joyous arrival of their babies, while Planned Parenthood takes advantage of mothers in need with the false 'hope' of abortion.'

The end of legalized abortion in Texas is coming soon. Let this all be a lesson to us to remain vigilant in our pro-life efforts. Just because we experience successes does not mean that we can become complacent.

Thank you to CPLC and the prolife community in Dallas for being observant and exposing this.

Planned Parenthood is of course bragging that they will run the majority of the abortion facilities that will remain open after September 1st. Hmm. Didn’t they say they wanted abortion to be safe, legal and rare? I guess they were just kidding.

One year after HB 2: Half of Texas’ abortion clinics have closed
Planned Parenthood planning new $5 million abortion facility in Texas