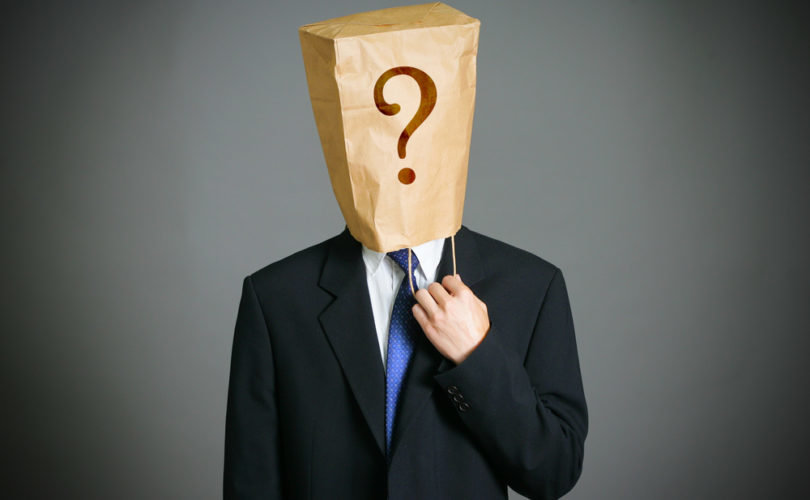 When we were first told about The Justice Fund, we were told that the money had been given by an anonymous donor. Whoever this person was wanted to be kept totally anonymous.Shutterstock

Sept. 28, 2015 (LifeSiteNews) – Three weeks after I left my job at the clinic, Planned Parenthood took me to court. I am always asked, “Why would they take you to court? Did they have something to hide?” Well, yes. They absolutely had something to hide. They didn’t want me sharing the information in this article. Let’s expose the truth, shall we?

Yes, I do realize that releasing this information puts me in a precarious situation. But it’s always better for the truth to be out…no matter the cost.

It was life changing. I remember the first time we were able to make an appointment with our new funding…it was called “The Justice Fund.” After we had given the woman all of the necessary information about her abortion appointment, we asked her if she wanted to apply for a funding program to help pay for her abortion. She of course said yes. We went through her income and expenses and determined she was eligible for funding. We informed her that she would only have to pay $100 of the $400 cost. The woman began to cry on the phone. So I began to cry. Wow. We were going to change so many lives with this money, this “Justice Fund.”

When we were first told about The Justice Fund, we were told that the money had been given by an anonymous donor. Whoever this person was wanted to be kept totally anonymous. We, as clinic directors, weren’t even given the information. The only people who knew were the board members of the National Abortion Federation (NAF). My boss happened to be on the board of NAF, and we were pretty close. Eventually, over some drinks at the annual NAF conference, she spilled the beans.

For months, we had just known this person as “the donor.” At the annual Planned Parenthood conference, there was a woman there representing “the donor.” She never said her name to the crowd…just said that she was so honored to be among all of us…all of us who were protecting women’s rights. She said that “the donor” was so proud to work with us. We knew that “the donor” was giving NAF up to $21 million dollars every year to help poor women pay for their abortions.

Here’s how the program worked. While scheduling a woman for an abortion, we would ask her if she would like financial assistance to help pay for her abortion. Um, of course they did. We would then go through a screening tool given to us by NAF. Pretty much everyone qualified…and if they didn’t we would rearrange the numbers so they did. Then, we would bill the amount owed to our clinic directly to NAF. They would then send the bill to “the donor” and then “the donor” would send our check to NAF. They would turn around and send the check to our clinic.

About six months into the program, the rules changed. I guess we were billing too much, too fast. Now, “the donor” would only pay 40% of the cost, instead of 75%. That was fine. The women were still so grateful to have a huge chunk of money taken off of their bill. Now they were paying $240 for their $400 abortion. I remember our “frequent flyers” being angry when we told them that the rules of the program had changed. They wanted that 75% discount! Couldn’t we make an exception for them since they had so many abortions at our clinic? Sometimes we would. Sometimes we would bill “the donor” for the entire amount. I mean, he didn’t care. They weren’t actually looking to see if we were implementing the program correctly. They just got the bill from us and sent the check. They knew we were trustworthy. Ha. Ha.

So, my answer to why Planned Parenthood took me to court? Well, I think it was for two reasons.

​In 2003, there was a big scandal that broke out surrounding the company Pampered Chef. The majority of people selling this kitchenware were stay-at-home moms. Many of them were pro-life women. So imagine their surprise when they found out that the new owner of their company, Warren Buffett, had given millions to the abortion industry, primarily Planned Parenthood. Suddenly, there was a mass exodus from the company. Women were done selling their overpriced spatulas. You can see more about that story here.

So, when Warren Buffett decided that he wanted to start this “Justice Fund” in order to donate $21 million a year to the abortion industry, you better believe that he wanted to remain anonymous. He tried to disguise the donations under the foundation started by him in the name of his wife, Susan Thompson Buffett. But the 990s are for public consumption. Anyone can see where they are spending their money. Here’s the most up to date financials for his foundation. Click the year to view the 990 for that year.

I encourage you to take the time to look through these 990s so you can see the organizations that he funds. He gave a boatload of money to the American College of Obstetricians and Gynecologists (ACOG). It’s no wonder they have so diligently fought legislation like banning partial-birth abortions. He gave 2 million dollars to the group called “Catholics for Choice.” Of course, they are not recognized by the Roman Catholic Church and in fact have essentially excommunicated themselves from the Church.

Warren Buffett is single-handedly influencing many universities and medical institutions with his money. My advice is this. Read through the list. Find organizations to write letters to. Let them know that you will no longer be a supporter until they stop applying for grants to the Buffett Foundation. Maybe invite your friends over and have a letter-writing get-together. Send stacks of letters to these organizations. Make your voices heard! You may think that your small voice doesn’t matter. But if your voice is paired with hundreds of other voices, these organizations will take notice.

Paying for low income women to have abortions is all part of Buffett’s “population control” campaign. After all, as Planned Parenthood’s founder Margaret Sanger said, minorities are “reckless breeders” who should be “eliminated from the human garden.” The population control campaign is inherently racist…as is the “pro-choice” position. I wish I had a dollar for every pro-choicer who told me that abortion has to be accessible for poor women…as if being poor makes you an unfit mother.

It seems that Warren Buffett and his beloved Planned Parenthood are two peas in a pod…trying to eliminate the “poor,” one life at a time.