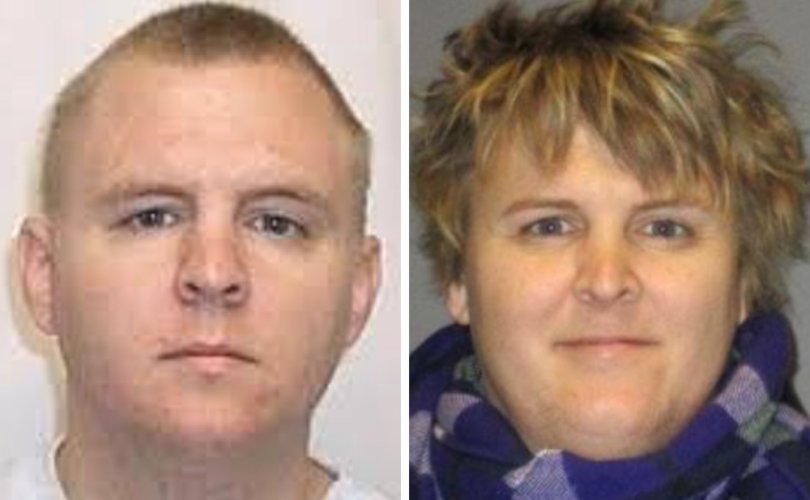 March 27, 2019 (LifeSiteNews) – Sometimes it is the small things that indicate just how far our society has drifted from reality.

Last week, for example, the Toronto Sun reported that a convicted child molester with a “lengthy history of preying on young girls” was no longer living in jail, but was residing instead in a halfway house in Brampton. The pedophile is considered so dangerous that the Peel Regional Police released an advisory on March 22 alerting the public to the fact that “Madilyn Harks” was living near Main and Queen Streets, and that “Harks has been subject to three convictions of sexual assault against young females under the age of eight.” In fact, “Police said she is believed to be ‘at an elevated risk to re-offend,” the Sun reported.

Considering the carefully-chosen words of the Sun reporter, one would presumably conclude that “Madilyn Harks” was in fact that extraordinarily rare species of female pedophile, and one so dangerous the police have stated that they will be monitoring “her” movements to ensure that Harks does not manage to gain access to and hurt more children. In fact, the police assured the public that Harks “is subject to a Long Term Supervision Order with numerous conditions prohibiting “her” from attending public swimming areas, daycares, school grounds, playgrounds, or community centres.” Harks also cannot be near any children under the age of 14 “unless accompanied by a responsible adult who has been approved by her parole supervisor.”

Despite the fact that Harks had purportedly claimed to have molested up to sixty girls in British Columbia, the police stated that Harks should be approached with caution, and that, “Members of the public are reminded that, although Madilyn Harks does present a safety risk to the public, “she” remains a Canadian citizen and “her” rights are guaranteed under the Charter of Rights and Freedoms.” Harks had previously served three years in prison for the sexual assault of a seven-year-old girl, was released into a halfway house in Calgary in April of 2010, and then was sent back to prison after being caught with pornography a week later.

Harks, however, is now free.

So all of that is crazy enough. The fact that our justice system cannot keep someone who has assaulted up to sixty girls behind bars even when law enforcement officials warn that the perpetrator is likely to assault more children is a disturbing indicator of dysfunction.

But there’s more to the Harks story: “Madilyn Rebecca Harks” only became the pedophile’s legal name sometime between 2010 and 2012. Prior to that, his name was Matthew Ralf Harks. Harks, despite the obedient reporter’s use of female pronouns and the police advisory warning the public about a roving female pedophile that is, in fact, a biological male (a fact that is instantaneously obvious to anyone who sees his photo), is not a woman. He is a male pedophile with a predilection for assaulting girls.

But with our new social rules that dictate we must obey people who claim to be members of the opposite gender (even if they have not attempted sex change surgery) when they demand we play long with their delusions, we have been reduced to scenarios where police forces are warning the public about non-existent female pedophiles. In fact, disgraced former Progressive Conservative party leader and now mayor of Brampton, Patrick Brown, expressed outrage when he discovered Harks’ arrival in his city and sent an angry letter to Minister of Public Safety Ralph Goodale. Interestingly, Brown used the letter to alert people to Harks’ actual identity, despite the fact that “deadnaming” is considered to be horribly transphobic (and can actually get you permanently banned from Twitter.)

“It is completely unacceptable that Matthew Harks (now Madilyn Harks), has been dumped by Correctional Service Canada in Brampton,” Brown wrote.

And Brown is right for a change. But does anyone dare to speak up and call this absurd insistence on referring to a male pedophile as a woman the dangerous charade that it is? Surely it is obvious that especially in instances where the transgender person is a dangerous criminal, the politically correct formalities should be dispensed with in favor of public safety. Matthew Harks is a man, and he is a dangerous man. Nobody is being well-served by the erroneous reporting and public safety announcement that refer to him as a woman.

Just as we saw when biological men gained access to female prisons by claiming to be women, and when a rape relief centre lost funding for refusing to permit biological men identifying as women in their facility and around victims of sexual assault in order to protect them and ensure that they felt safe, real women are hurt when we play long with these games. Trans activists claim that biological men who identify as women are women. In reality what we are seeing is the elimination of women’s rights and the exploitation of the female identity—sometimes for nefarious purposes.