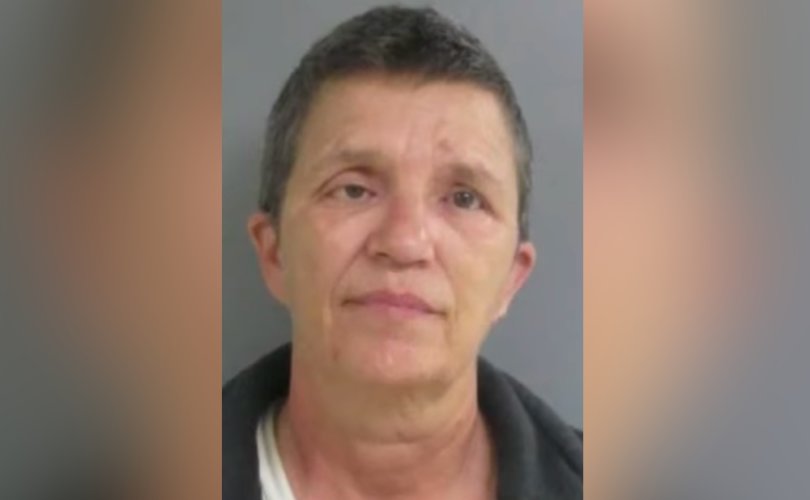 February 26, 2019 (LifeSiteNews) – Based on the recent headlines, it would appear that the demand for bigots of various stripes vastly outstrips the supply. The Covington Catholic High School boys were portrayed as an ugly mob threatening and mocking a Native American Vietnam veteran before it turned out that they hadn’t been threatening, hadn’t been a mob, and the Native American hadn’t been a Vietnam veteran. The media retracted the story after the high school boys were subjected to death threats, doxing, and worse, and now one of the boys is suing the Washington Post for $250 million.

Then there was Jussie Smollett, the celebrity victim of a homophobic race crime who sobbed on TV as he recounted the story of being assaulted by masked men in MAGA hats who spouted Trump slogans, put a noose around his neck, and poured bleach on him. The LGBT community rallied around him, great lamentations went up from the media and fellow celebrities, and then the story promptly fell apart. As it tuns out, Smollett had hired two Nigerian men to perpetrate the assault, and had actually paid them by check. Smollett had coveted victimhood so much that the shortage of homophobic race criminals became a problem, and he had to hire two black men to do the job.

And now, another hate crime turns out to have been a hoax, leaving us to wonder when hoaxes designed to malign others become hate crimes themselves. Nikki Joly, a well-known transgender activist from Jackson, Michigan, has been accused by police of burning down her own home and killing her five pets after they initially investigated the arson as a hate crime. In fact, according to media reports and a police report, “police believe Nikki Joly, 54, may have burned down his [sic] own house in Jackson, Michigan, because there were no gay rights controversies to campaign against.”

Joly is apparently a “transgender man” – a woman – and so most media reports refer to her as male.

Joly, who prior to the fire that burned down her home had been working to open Jackson’s first gay community center and organizing Jackson’s first gay pride festival, had been campaigning for an ordinance that would prohibit “discrimination against gay people.” Unfortunately for Joly, it seems to have been difficult to explain why such an ordinance was necessary when things were so peaceful. It was hard to claim that LGBT people were a marginalized minority when the good citizens of Michigan seemed so determined to go about their lives without assaulting any LGBT people.

But then an arsonist showed up to save the day, and a fire in August 2017 not only destroyed Joly’s house, but killed her two dogs and three cats. The FBI came in to investigate it as a hate crime. The community of Jackson came together and raised $58,000 for Joly. According to a police report, “two church officials who worked with Joly at St. Johns United Church of Christ, where the Jackson Pride Center was located, told authorities that Joly was disappointed that the Jackson Pride Parade and Festival hadn’t received more attention or protests” and that “the church officials, Barbara Shelton and Bobby James, described Joly as ‘very deceptive’ and as having ‘layers of manipulation.’”

The FBI, however, soon concluded that Joly was the prime suspect in the arson of her own home and the killing of her own pets, and police discovered gasoline in five rooms of Joly’s two-story house. Joly had also apparently purchased $10 worth of gas at a gas station the same day as the arson, and some of it was found on her clothing. It would appear that those committing hate crimes against their opponents by attempting to appear as if they are the victims of hate crimes are not particularly clever when it comes to concealing their activities. Joly has now been charged with one felony count of first-degree arson as well as two counts of animal killing. There is no news regarding whether the peaceful citizens of Jackson, Michigan, will get the money they raised for Joly back.

Having conquered the cultural elites, progressives are discovering that it is very hard to pretend that they are a marginalized group in need of special protections and privileges. Having elevated the value of victimhood status, they now discover that they are rarely eligible for it. And so we see the trend of hoax hate crimes rising as those like Nathan Phillips and Jussie Smollett and Nikki Joly attempt to inflict harm on themselves as a way of demonizing those they hate. The same people who like to bemoan America’s hatred are so upset when they discover that most people simply want to ignore them and get on with their own lives that they have to fund their own hate crimes.

Progressives believe that the West is a hateful, homophobic place that needs to be torn down and rebuilt. And if they cannot find anyone hateful and homophobic enough to prove their point, they will pay people to do the job for them.