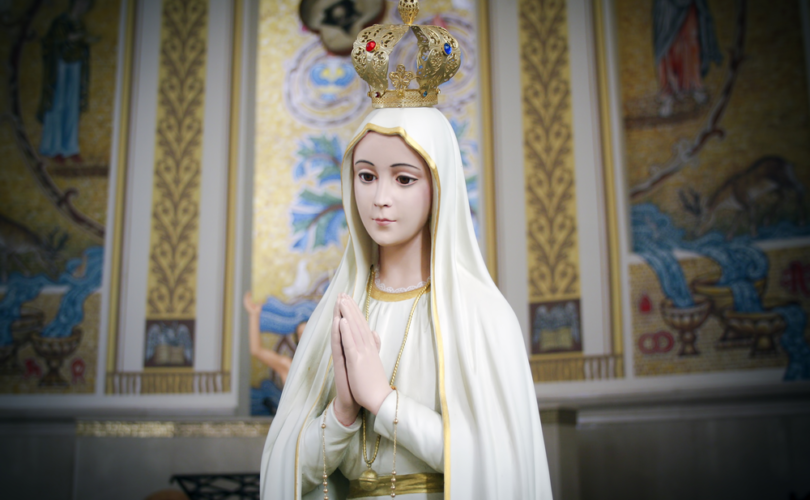 (LifeSiteNews) — The requests of Our Lady of Fatima for the consecration of Russia were very specific. In at least eight attempts over the last nearly 100 years, Popes have failed to do it as she explicitly requested. And for that very reason, the promised full conversion of Russia and world peace were not granted to the world.

The consequences could be catastrophic for the world. Our Lady warned if the consecration were not done, “various nations will be annihilated.”

On Sunday, Pope Francis said he will consecrate “humanity” to the Immaculate Heart. He said, “I invite every community and all the faithful to unite with me on Friday, March 25, the Solemnity of the Annunciation, to the Solemn Act of Consecration of humanity, especially Russia and Ukraine, to the Immaculate Heart of Mary, so that she, the Queen of Peace, may help us obtain peace.”

I just spoke with one of the world’s foremost experts on Fatima — lawyer and author John Salza, who has penned two books on Fatima. In 2013, Salza published “The Consecration of Russia – How Seven Popes Failed to Heed Heaven’s Command and Brought Turmoil to the Church and the World,” in which he details the failure of more than eight attempts by various popes to get the consecration of Russia right.

Even though heaven’s request – given to Sr. Lucia in 1929 — was fairly simple, it has yet to be done properly. Our Lady said, “The moment has come in which God asks of the Holy Father to make, and to order that in union with him and at the same time, all the bishops of the world make the consecration of Russia to My Immaculate Heart, promising to convert it because of this day of prayer and worldwide reparation.”

Sr. Lucia was very insistent that catastrophe for the world would ensue. In a 1957 interview with Fr. Augustine Fuentes, Lucy, the only surviving visionary of Fatima, said, “Tell them, Father, that the Blessed Virgin said repeatedly – to my cousins Francisco and Jacinta, as well as to me – that many nations would disappear from the face of the earth, that Russia would be the instrument of chastisement from Heaven for the whole world if the conversion of that poor nation is not obtained beforehand.”

I encourage you to watch my full interview with Salza on tomorrow’s John-Henry Westen show.