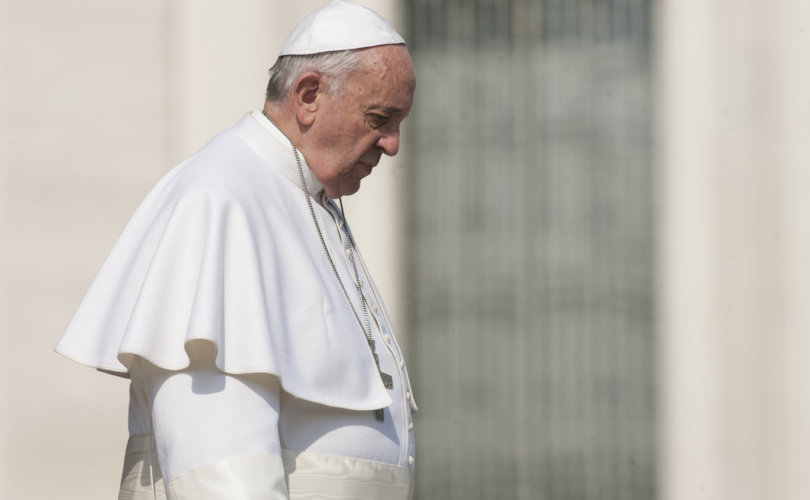 November 27, 2020 (LifeSiteNews) – In his concluding line of his New York Times opinion piece published on Thanksgiving Day, Pope Francis echoed the sentiments of Joe Biden and other pushers of the so-called Great Reset, calling for the world to “build a better, different, human future.”

In his Nov. 26 piece which reads like a page from Biden’s Build Back Better campaign, the Pope calls the current time of crisis “a moment to dream big, to rethink our priorities.” He says, “We cannot return to the false securities of the political and economic systems we had before the crisis.”

The piece was adapted from the Pope’s new book “Let Us Dream: The Path to a Better Future,” written with Austen Ivereigh.

The Pope calls for new financial and political systems in the world adding the “need to design better ways of living together on this earth.”

The name of “Jesus” or “Christ” never appears in the piece, and “God” is mentioned only once, assisting in the push for the new agenda. “God asks us to dare to create something new,” he says.

As in his latest encyclical, twice the Pope lays out “dire” crises that affect the world, but in neither list mentions abortion. What are these “tragedies” that he says “affect the whole of humanity”, but fail “to move us to change our agendas and priorities”?

This is the Pope’s list: “Think, for example, of the wars scattered across different parts of the world; of the production and trade in weapons; of the hundreds of thousands of refugees fleeing poverty, hunger and lack of opportunity; of climate change.”

A second list comes in his discussion of the “hidden pandemics of this world” which are “hunger and violence and climate change”.

But unborn children do in fact get a mention in the Pope’s Thanksgiving op-ed. They get the last place in his lament of the throwaway culture. “It is hard to build a culture of encounter, in which we meet as people with a shared dignity, within a throwaway culture that regards the well-being of the elderly, the unemployed, the disabled and the unborn as peripheral to our own well-being,” he says.