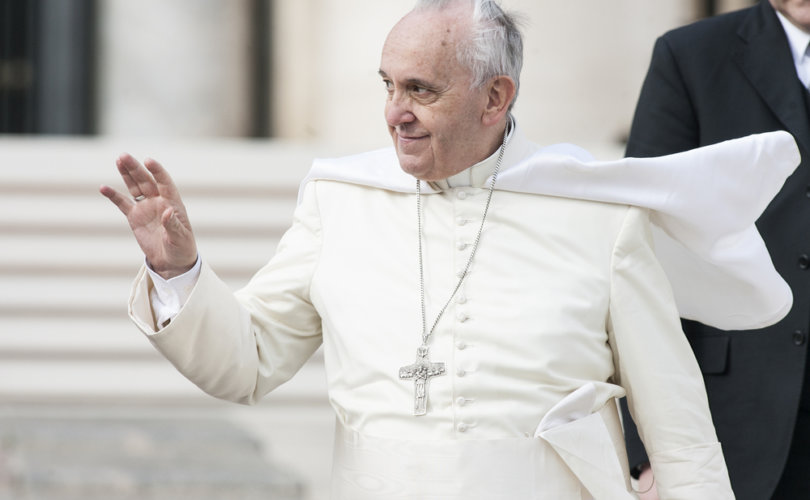 April 27, 2016 (LifeSiteNews) – Pope Francis’ apostolic exhortation, Amoris Laetitia, his final word on the two Synods on the Family, shows a remarkable depth of knowledge about the struggles of families, their joys, and sorrows, their struggles and their triumphs. Much of the 250+ page document can be read with interest by couples discerning marriage to see what they are in for and garner a good amount of sage advice, especially psychological advice on how to have a happy and lasting union.

That same keen insight however seems lacking when Pope Francis assesses the modern Church. The exhortation gives evidence that the Pope is misinformed about the interior life of parishes.  While getting very detailed information on the realities of family life, the Pope proffered what seems like pure fantasy as he suggested that when presenting marriage, pastors often do so with “an almost exclusive insistence on the duty of procreation,” overshadowing love, mutual assistance and unity.

As the countless Catholic couples in Catholic marriage prep classes over the last 40 years will attest, the opposite is true. The duty of procreation is given a nod if mentioned at all. You’d never guess that procreation is the primary end of marriage as the Church actually teaches.

It is almost as if the Pope seems to be envisioning the Church today as if it were the liberal perception of 1950s Catholicism.  As New York Times columnist Ross Douthat mentioned in a conference speech the other day: “The idea that there is this glorious future church waiting to be born as long as we get rid of the dead hand of 1950s Catholicism that the pope seems to perceive everywhere he looks, is nuts! It’s just nuts. That’s not where Catholicism in the West is right now.”

In another example from the exhortation, Pope Francis claims the Church has failed to encourage an openness to grace and is simply “stressing doctrinal, bioethical and moral issues,” as if that would be “providing sufficient support to families, strengthening the marriage bond and giving meaning to marital life.”  Once again, the couples in marriage prep and those in most parishes would wonder how they totally missed this supposed stress on doctrinal, bioethical, or moral issues.

It is reminiscent of the first year of his papacy when Pope Francis suggested that Catholic clergy were over-focused on “abortion, gay marriage and the use of contraceptive methods,” causing many to wonder, as did Santa Rosa Bishop Robert Vasa, where exactly those preachers obsessed on those issues might be hiding.  Vasa suggested rather that the “vast majority” never talk about those matters.  Francis’ suggestion was a marked contrast to Pope St. John Paul II’s admonition to propose those same truths “constantly and courageously” (Evangelium Vitae 82).

“We also find it hard to make room for the consciences of the faithful,” says the Pope in Amoris Laetitiae, “who very often respond as best they can to the Gospel amid their limitations, and are capable of carrying out their own discernment in complex situations.” In the exhortation the Pope also repeats his stern warning from his 2013 Gospel of Joy, that priests are not to treat the confessional as “a torture chamber” or reserve Holy Communion as “a prize for the perfect.”

If such a form of Catholicism ever existed among the majority of priests, it is long dead.  I’m sure there are some such priests alive today, but they are the tiniest minority. The pendulum has swung so far to the opposite extreme, that in the vast majority priests say hardly anything about the duty of procreation in marriage, and we’ve had virtual silence from most pulpits on abortion, contraception, and homosexuality.

When is the last time you saw any priest anywhere denying someone Holy Communion for not being perfect? If you have heard something of it, it was so rare as to make the national news.  For crying out loud, what part of 1950s Catholicism can remain alive if Catholic abortion-pushers like Nancy Pelosi and Joe Biden are not denied Communion but rather invited to give talks at the Vatican!?